Last night’s stop at the great named town of Vallbona de les Monges was very good & very quiet, well at least until 4am. We had a repeat of the cockerel incident from the other night, but unfortunately this one was particularly persistent. I expect he must have had a few buddies to keep crowing for 3 hours with barely a break.

I’m sure Sophie slept through the next noise which was the church bell ringing 29 times at 5:55am. Must be something to do with being a monastery town and making sure everyone was up by 6 to pray.

Not surprisingly we didn’t rush to get up this morning, after our interrupted sleep but we then had a different disturbance. This time it sounded like a “public works” lorry, but couldn’t understand why they were parked right next to us and seemed to have no intention of turning off the engine.

In the end Sophie encouraged me to sneak a peak subtly out the curtain at the front. This was actually a truck and cherry-picker and it was dismantling the very tall lighting pole next to us. It was decided that I had therefore better get dressed & move pronto. I did this and the man in charge came over and indicated that they were going to be working on 2 of the lights & so could I now move again a little the other way. Anyway, all was fine, but Sophie was keen to keep the roof blinds firmly shut given the presence of men up a cherry picker.

This was the scene after we’d moved from being directly adjacent to the truck:

This leads me to a brief aside on our language experiences. My standard phrase when a Spaniard speaks to me is to say I can’t speak Spanish, or “no hablo Espanol”. What I have noticed is that this doesn’t actually stop them carrying on, but they do tend to add more gesticulations, which sometimes helps. As it happens, this morning I did get the gist and fortunately recalled that “poco” means small or little, so worked out where he wanted me to move to.

Yesterday at the garage we were both caught on the hop when the petrol lady actually came out to serve us. Firstly, Sophie greeted her with “Hola, senor”, not good, and then when I was asked how much fuel I wanted, I realised that I’d forgotten my lesson on numbers beyond ten, so quickly improvised with “diez y cinco”, or “10 and 5”, for 15. That worked, which was a relief.

When paying, the lady then randomly went on to try and sell me some Star Wars themed plastic bowls, which I managed to avoid with a swift “no gracias”, and she didn’t seem offended. As it happened I had only been to another Repsol garage the previous day, and the lady there had tried the Star Wars thing, but with her doughnuts and pastries that time. Just to say, that we have probably filled up about once a week on average, but the reason for two visits to the garage in two days is that Repsol seemed a bit on the pricey side for Spain, where the fuel is notably cheaper than France, & so we’d thought we do smaller top ups until we found a good price.

Finally, on language, we tend to use machine translations for Park4night reviews and TripAdvisor restaurant reviews, and the results can be hilarious. For example, the restaurant we were considering for lunch today had a review that was literally translated as “Everything was delicious and the portions huge!! Fully recommended, we ate my partner”.

As it turned out, despite getting our glad rags on for the second day running, we looked in the door and thought better of it. Determined to avoid any more day old bread, with cheese and tomatoes, despite how lovely it might be, we opted for Bratwurst and salad. A little random, but tasty, although Sophie has vowed never to eat such processed sausage ever again. Anyway, I enjoyed it, and did notice her reluctance to share any of hers with me, which was surprising given her strong opinion on the matter.

Following good old Mr Dorling Kindersley we then headed up the road to a town called Malda, then here turned sharp South again. The countryside around here is spectacular. Malda, and also Els Omells de na Gaia were impressive hilltop towns. The valley is intensely terraced and it appears that rice, with its really rich green colour, is the principal crop, along with olives.

After a leisurely and pleasurable drive we found our way to the monastery of Poblet, where we will be sleeping in the footsteps of Nick and Sal. Park4night shows this as day only parking, but we’re off season and I’ve just read a review from someone who was here a couple of weeks ago and they stayed over with one other motorhome and two vans.

Sophie’s just cooked madeleines, which is code for your bratwurst salad was your main meal of the day matey, but feel free to help yourself to cheese and crackers, and maybe a madeleine or two. 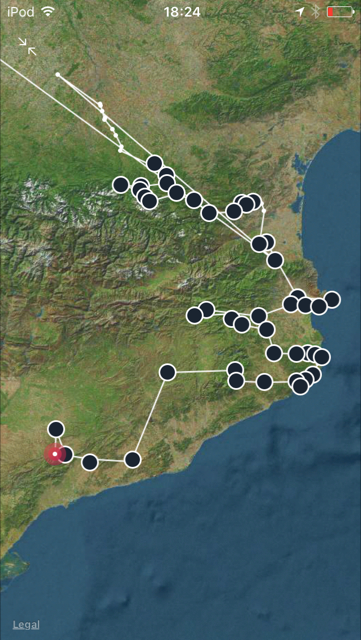 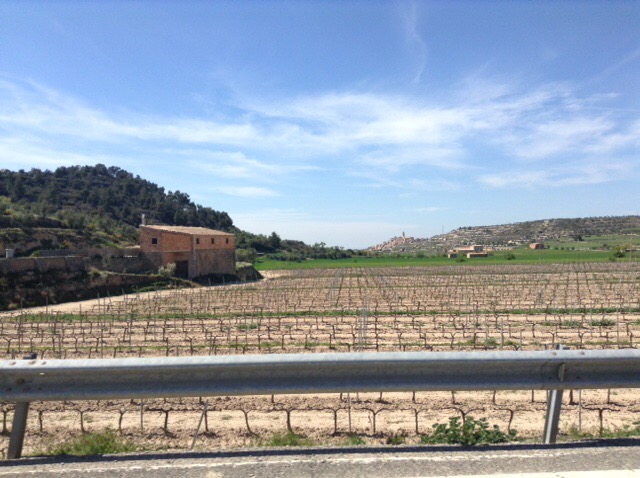 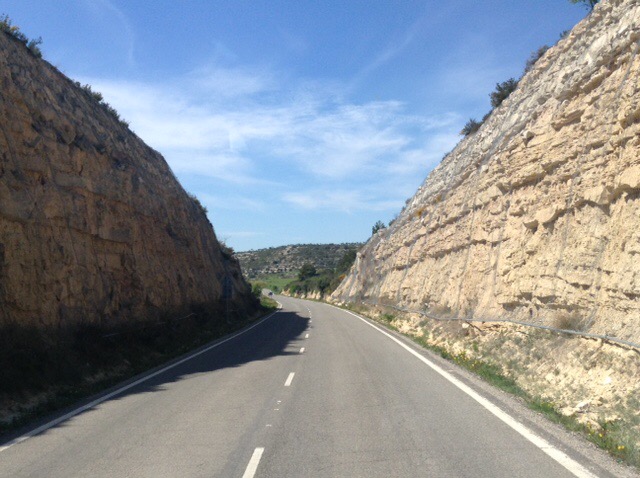 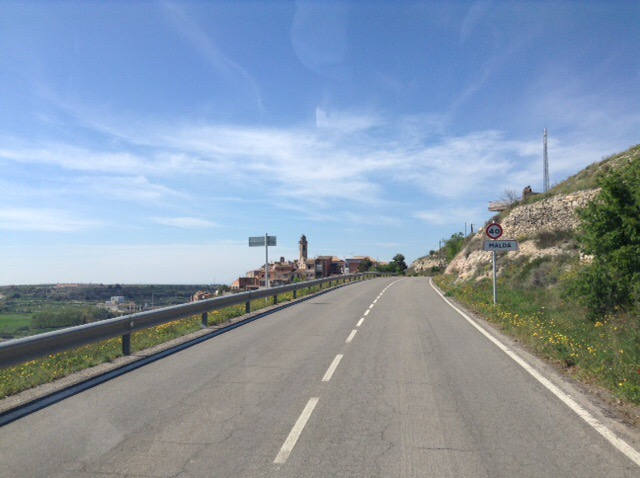 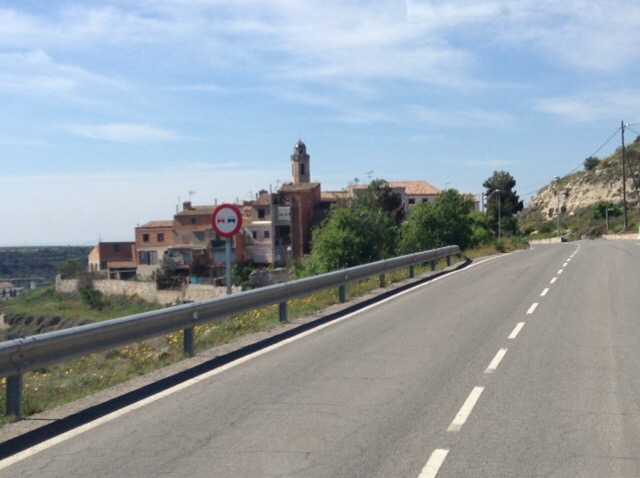 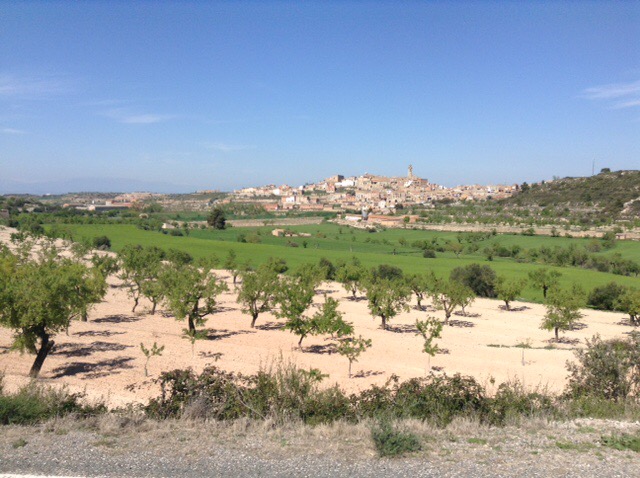 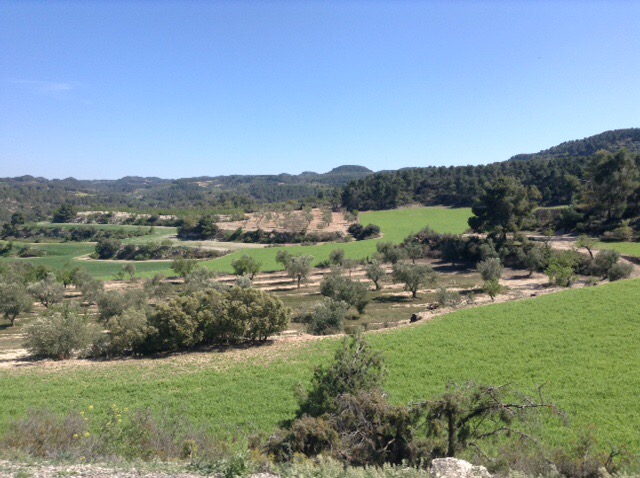 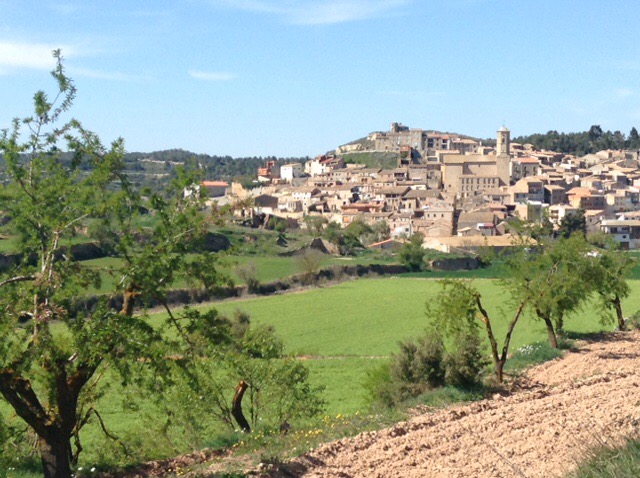 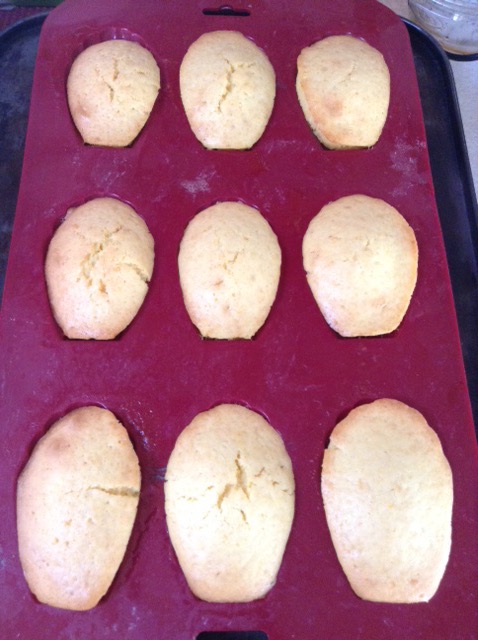 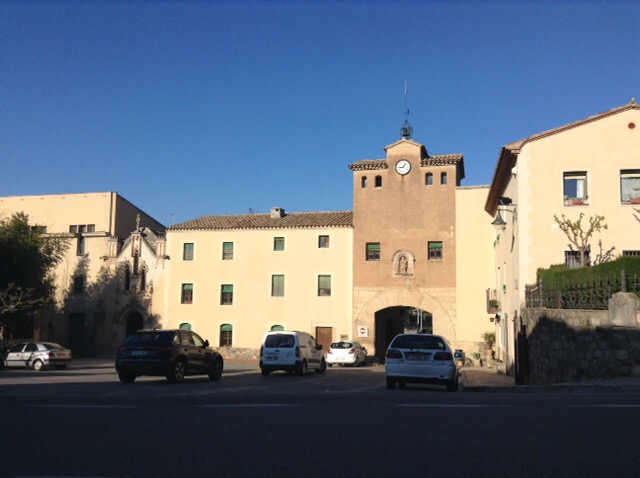 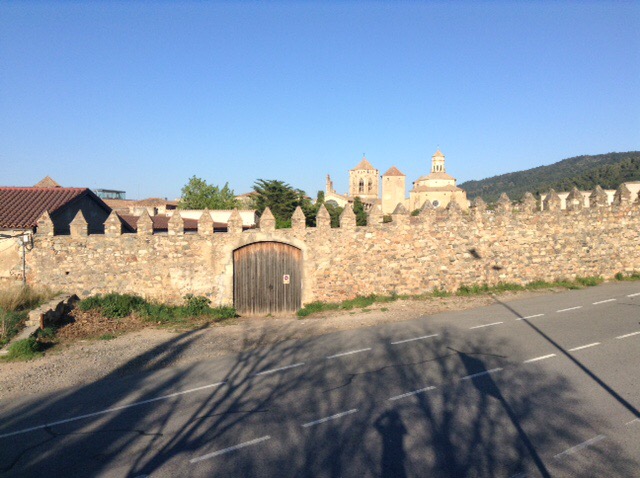 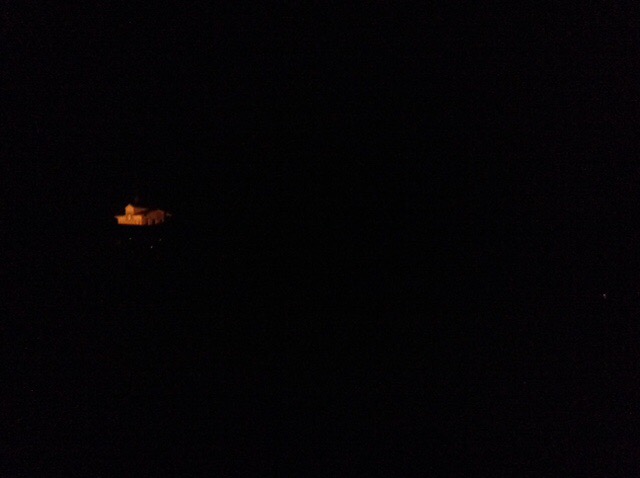 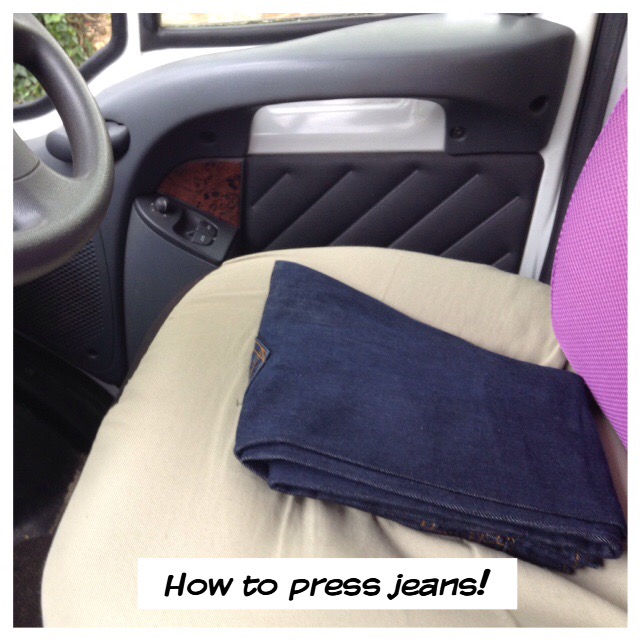 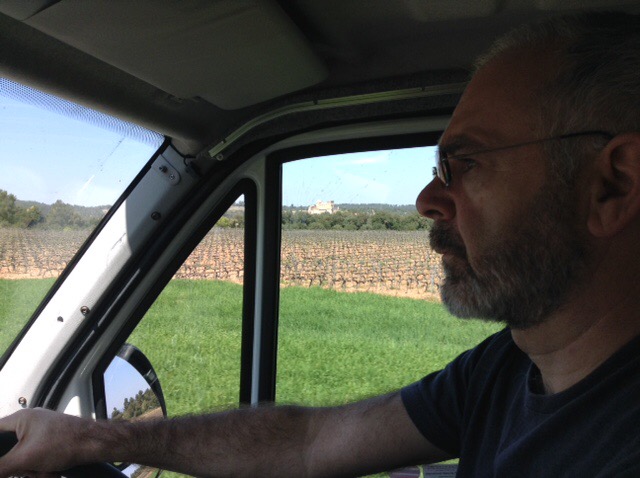 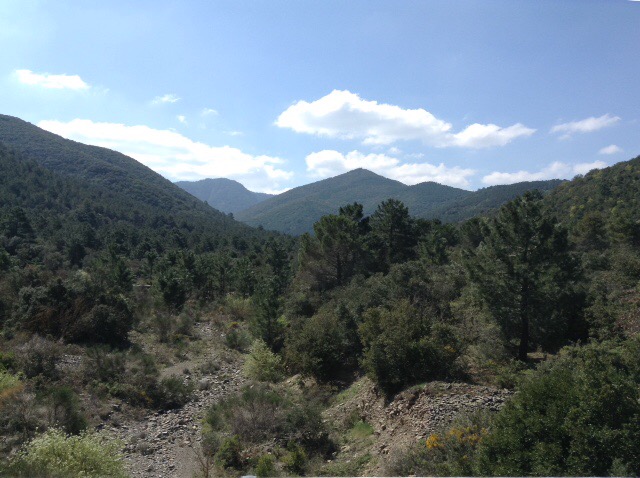 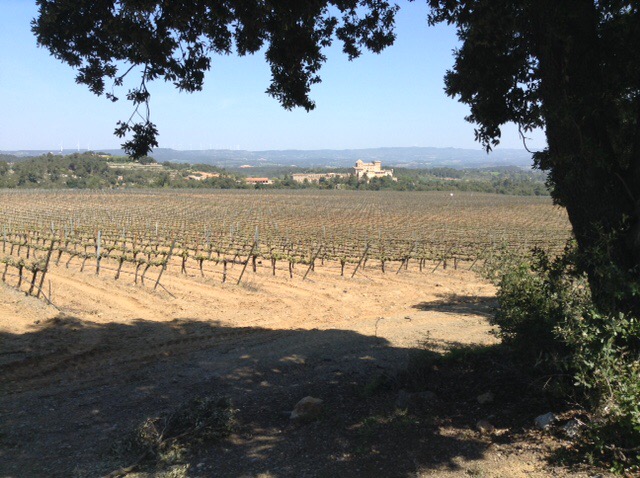