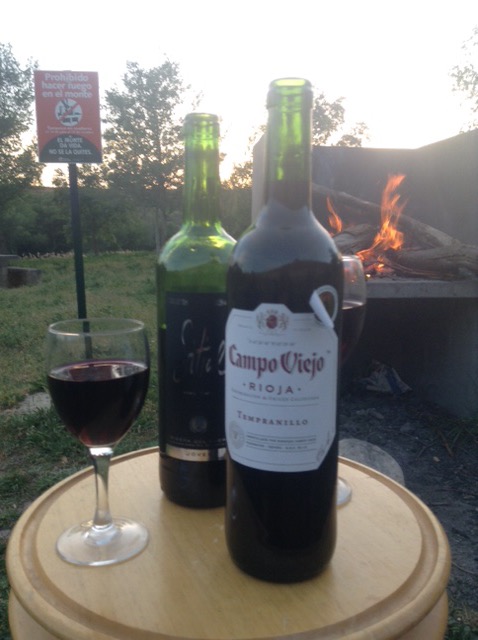 Although not officially announced we did another night at the very nice San Vicente de la Sonsierra aire.

As it happened we were delighted to see a British couple arrive and we agreed to have drinks after they’d eaten. Amazingly they’d just been motorhoming in Morocco. Andy had noticed the barbecue area, which is a common feature at picnic spots in Spain. This consisted mainly of a concrete structure. Being a scout leader, he in no time found an impressive pile of wood, all graded from kindling material right up to discarded tree trunks, well almost, the latter having to be left to burn through in order to ultimately be able to be broken so that they would actually fit onto the fire properly.

It was inspiring to watch and before long we were warming ourselves round this great heat source. Being in the famed Rioja region, there was no shortage of red wine to share. We’d begun the proceedings with the exchange of impromptu Easter presents, with us giving our new friends a tiny Easter egg each, and we received a large wine glass each, as ours were deemed far too small. A great result.

Delighted with these excellent presents I took no time to use mine to the full and conversation flowed all evening with barely a breath being taken by any of us. A few bottles later we had tried to put the world to rights and given that the bottles were all empty and the fire down to its last embers, we said our good-nights.

As the four of us retired, a young Dutch couple with two young children pulled in in their motorhome and promptly took their chairs over to enjoy the last of our fire.

Sleeping rather well and long, we were embarrassed to still be in bed when Andy and Pam turned up the next morning to say their goodbyes as they were heading off on a cycle ride for some hours and we were due to leave. Anyway I dressed in about 15 seconds flat and went outside barefoot to say proper goodbyes, whilst Sophie donned her dressing gown and put her head through the side door window so that she didn’t feel left out.

The Dutch family also turned up at this time, and like all Dutch they were brilliantly fluent in our language. Also Andy impressed us with his fluency in Dutch. So we all went our separate ways, and I do hope we can stay in touch with Andy and Pam, who we got on with so well.

As the temperature rose it felt good to be back on the road, and for Sal and Nick’s benefit, because I know they’re trying to anticipate wherever we might be heading next, we drove through Briones, Haro, Casalarreina, Santo Domingo de la Calzada, and Ezcaray. The parking in the latter being next to a playground was our prompt to move swiftly on. I explained to Sophie that there were few obvious places we could overnight, but there were a couple of options if she was happy to drive for another hour through the mountains.

As it turned out, it was a lovely evening drive in the sunshine on sensible roads where two vehicles could pass comfortably at normal speed, and the roads were so quiet. Latterly we passed a vast reservoir/lake and have found an amazing parking area with all the beautiful countryside all around us, courtesy of course of Park4night. We were surprised to find another motorhome here, but there’s loads of room. The name of where we are is Pineda de la Sierrra, not that there appear to be any signs of habitation. This evening’s route is definitely one we’d recommend to motorhomes of all sizes, which is confirmed by our neighbour’s fairly large vehicle.

Progress as follows. Pineda is the most Westerly point shown on the map and you can see that we have travelled North-East, then continued in a South-Westerly direction: 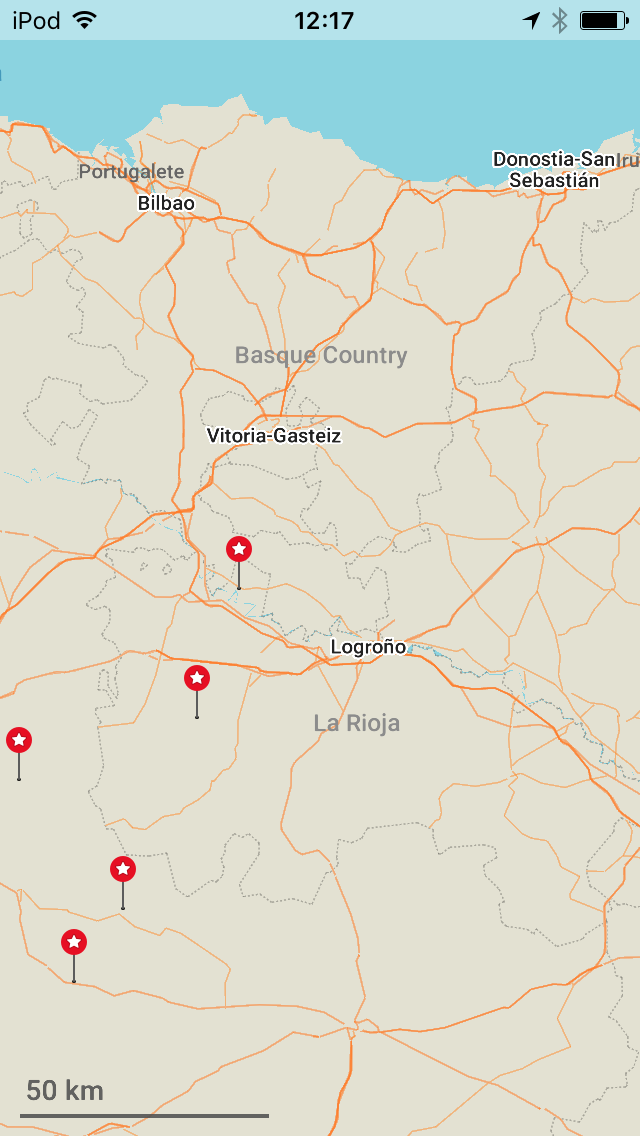 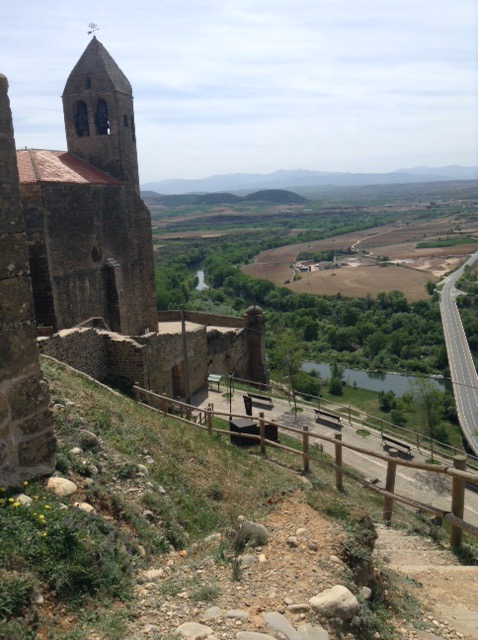 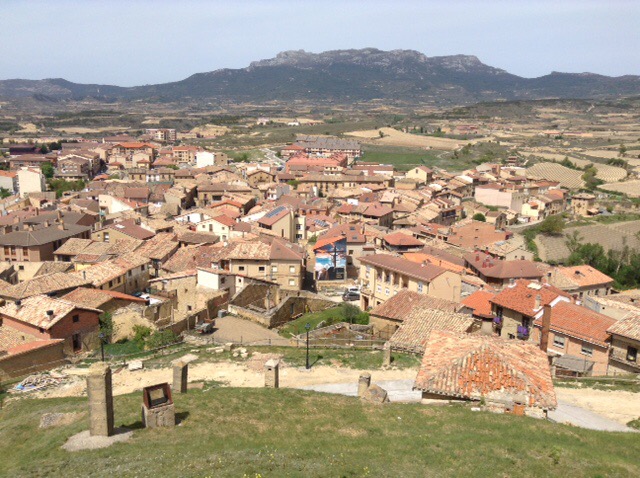 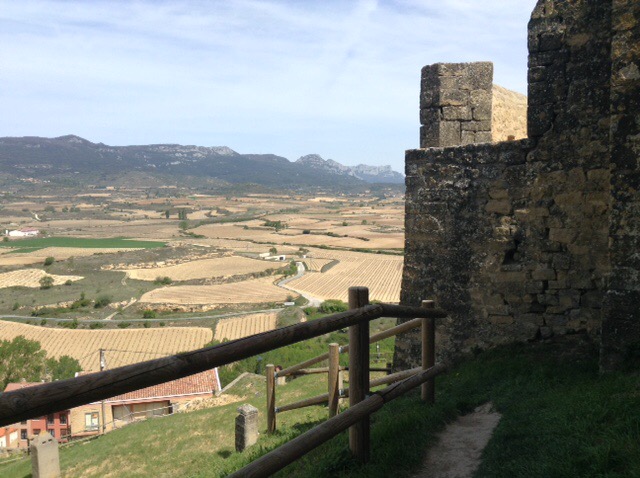 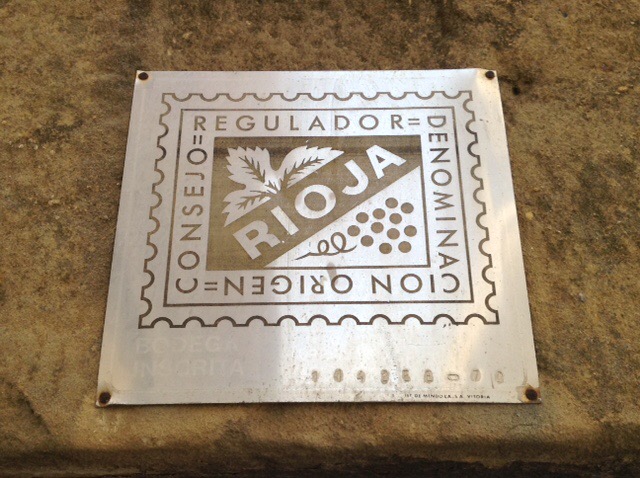 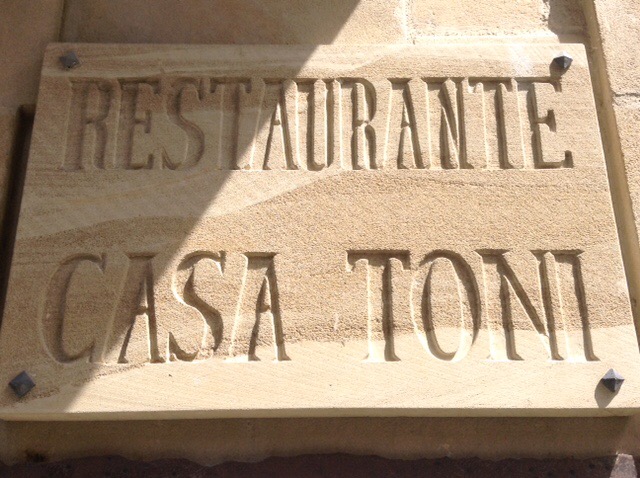 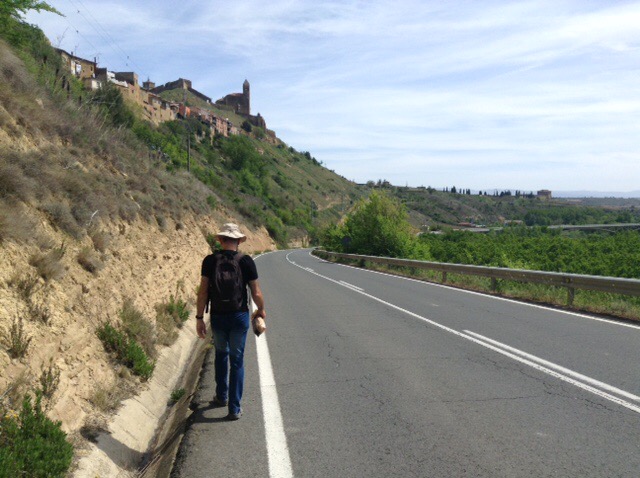 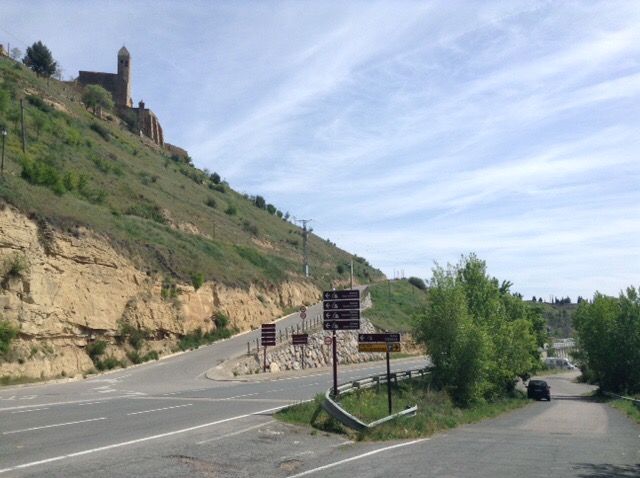 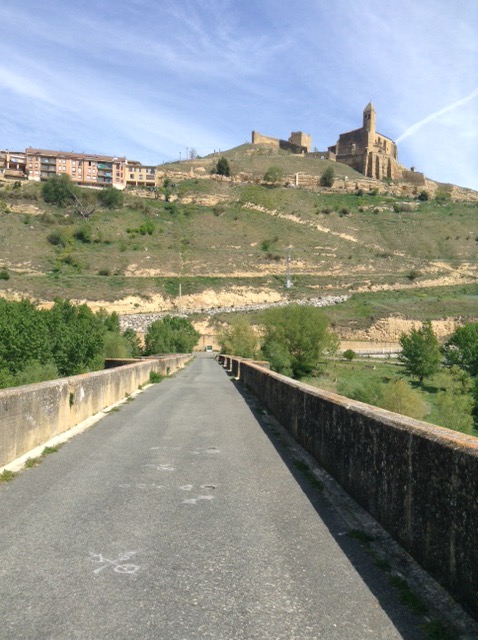 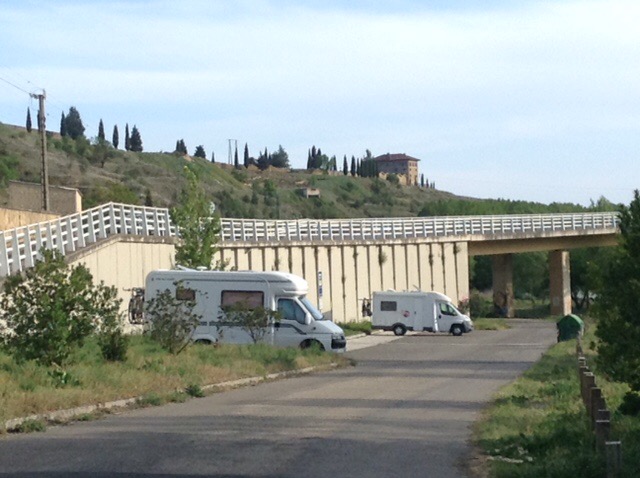 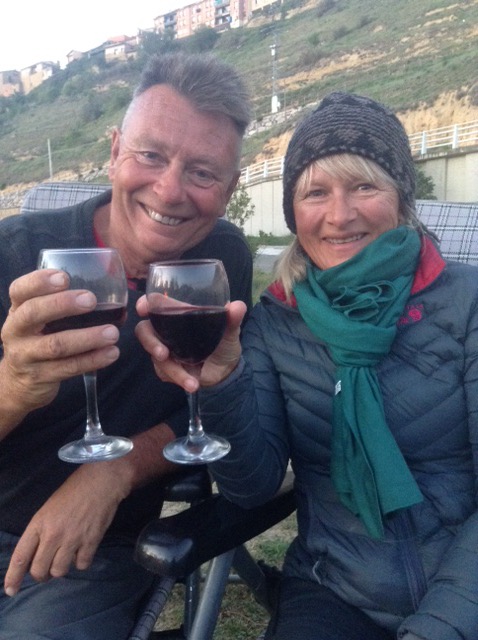 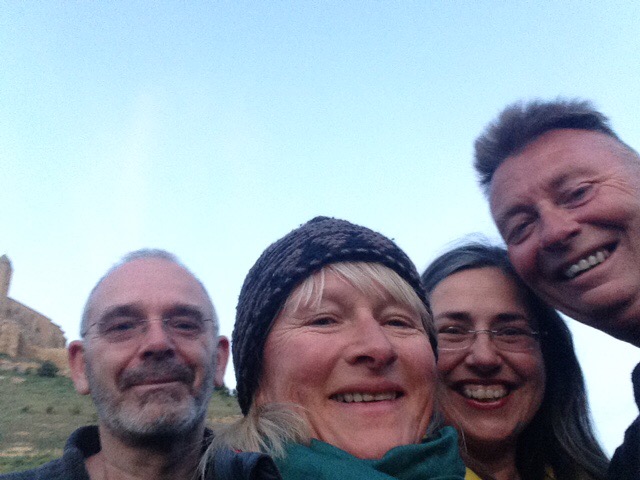 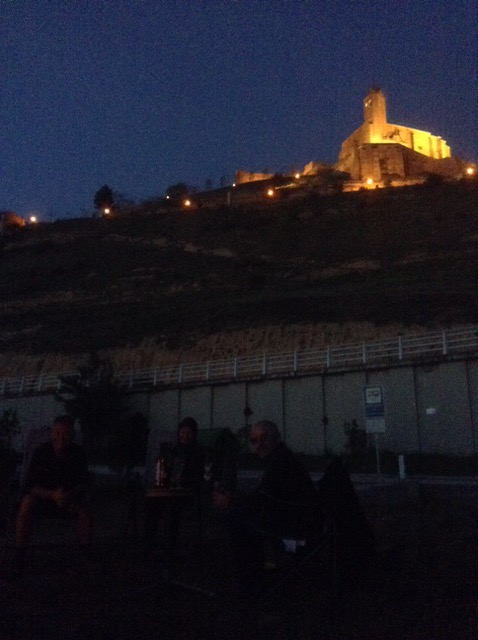 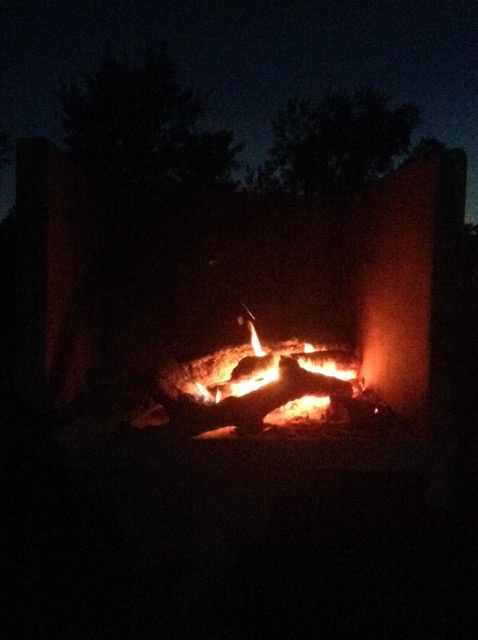 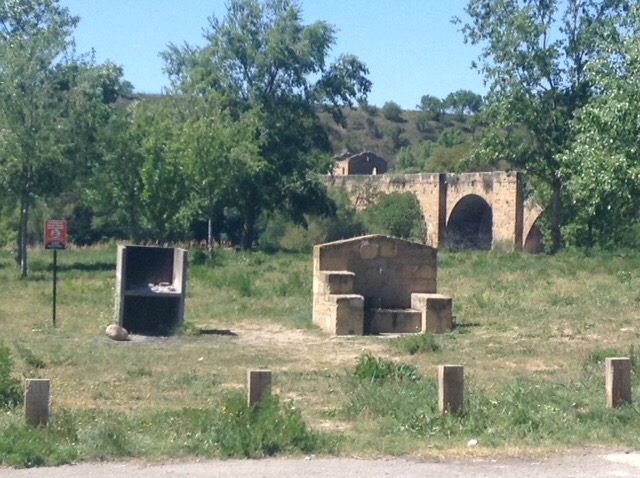