Today (20th November) was the 100th anniversary of the Battle of Cambrai, in which Sophie’s great uncle, Edward de Faye took part, commanding a tank. The main event would be the premiere of the son et lumiere light show, which would be taking place in the Grand Place at 7pm, preceded by hundreds of white balloons being released by the children of the town.

This gave us the excuse for a more lazy day at our base at Marcoing and a chance to catch up on stuff such as route planning, blogging, photos etc.

Recalling the previous day’s bun fight to get parked in the town, we came up with a cunning plan to snaffle a spot next to the little boating port during the afternoon, where we could continue with our respective blogging duties in another pleasant environment, and when the time came we could just walk up the road to the event.

Rain was forecast for the evening, but it held off and the son et lumiere was a great success, with its giant images projected onto the facade of the impressive town hall. It was also in English as well as French, which helped. It basically portrayed the story of Cambrai in WW1, particularly the 1917 battle, and then the liberation almost 12 months later.

We then returned to the van and took ourselves back to our very pleasant overnight spot in Marcoing. 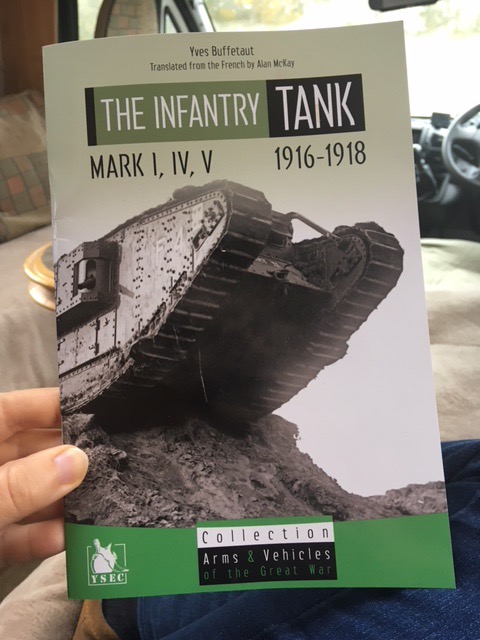 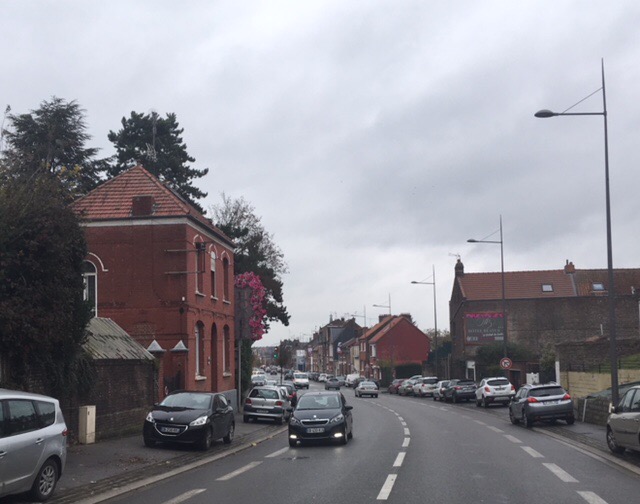 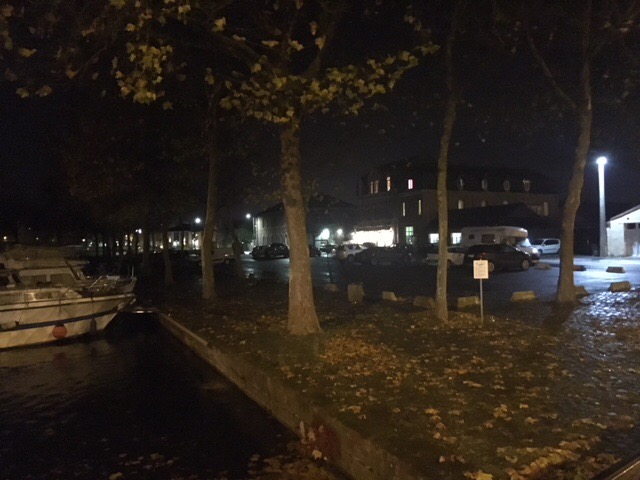 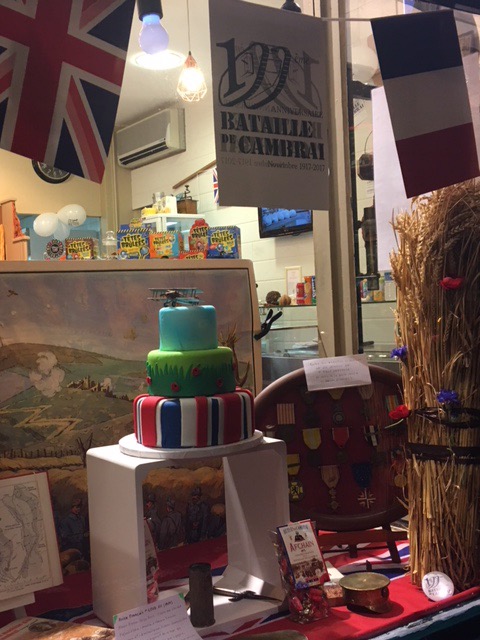 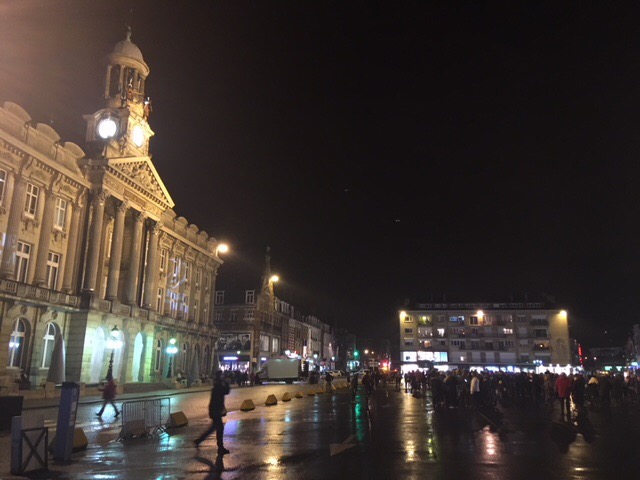 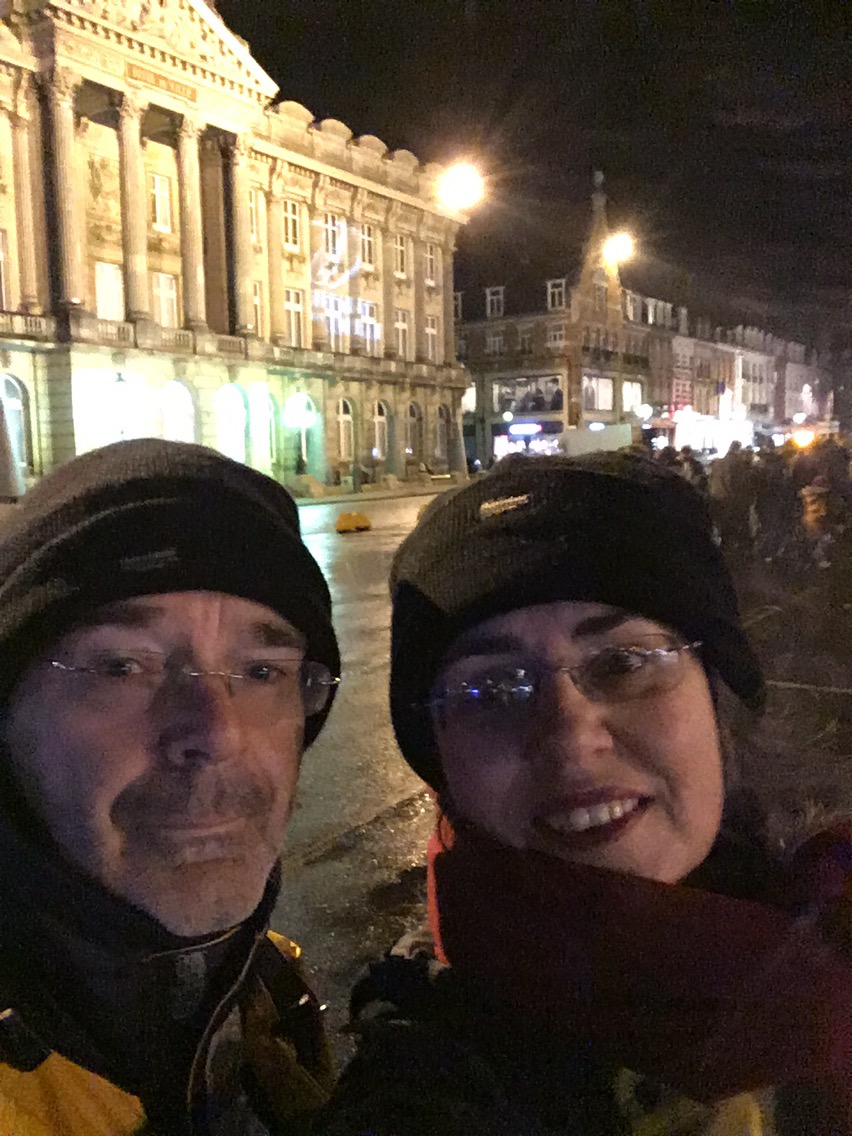 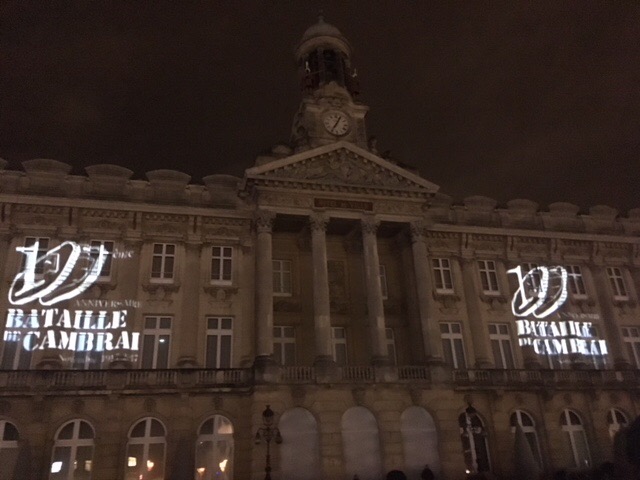 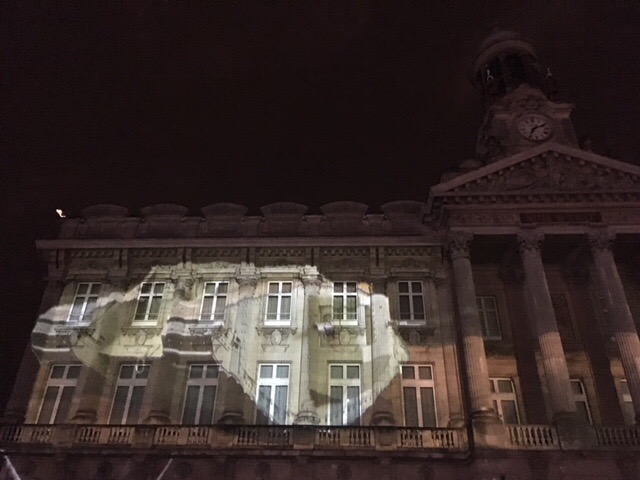 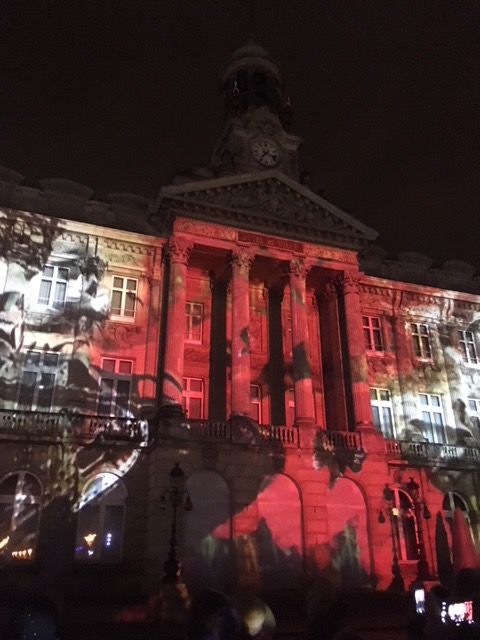 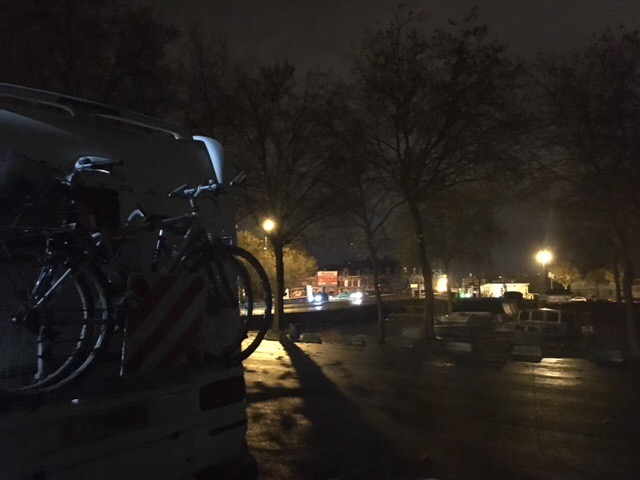