When we woke up, our neighbours had gone, and after some catching up on blogging etc, so were we.

We went straight to the recommended parking at Ornans, which was beside a cemetery. One good thing about parking next to a cemetery, on top of it’s likely to be quiet, is that there’ll always be water. So after a couple of journeys with two “bladders”, we were nicely topped up.

Despite the claims that it was just a ten minute walk into town, I was a bit sceptical, given how far we seemed to have driven when we came through the place. This is another great application of Maps.me – point to the town centre on the app, choose “route to”, make sure to press the “by foot” icon, and you immediately have the walking time. It actually came out as 8 minutes, and actually wasn’t far wrong.

Ornans, which has the river Loue running it, is an attractive little town, and worth a visit.

Sophie’d unusually put in a little research time and advised me that we should visit the source of the river Lizon at Nans-sous-Sainte-Anne. For the second time that day I was slightly sceptical, knowing how you can travel for miles to see something of great promise, only to be let down. I’ve been to river sources before and a little trickle of water coming out of the ground can be a bit disappointing.

Anyway, I went along with it, and to be fair, seeing a waterfall coming out of a large cave in a very tall rock-face was definitely worth the journey, and only a ten minute walk. As an added bonus, for just another ten minute walk in another direction this took us to the Grotte Sarrazine. I half expected to see a hole in the rock, you know, a cave, but that would be fine as it was a pleasant walk anyway. Nothing could have prepared me for the vast cathedral scale of the cave entrance, which was almost as high as the towering vertical rock face in which it was set. Trying to get some sense of scale to her photos, the ordinarily ultra risk-averse Sophie had no qualms about sending me scrabbling up the steep bank of earth and boulders. So well done Nans-sous-Sainte-Anne for not getting our expectations too high and yet delivering in spades.

I was aiming to overnight at the “belvedere”, just beyond Renédale. Similar to my reaction to the cave, the views from here were on another scale, in terms of height and distance. We both commented that we had probably never seen such an extensive scene.

The parking area was actually a little set back, surrounded by trees, and so didn’t offer much of an aspect. As it happened, on driving through the little village of Renédale on our way there, we’d seen a Park4night that actually had a sign for motorhome parking. We’d had a look then and agreed that it would be a very pleasant fallback, and is where we ended up.

We have developed a new routine when arriving at our overnight spots. Sophie goes and sits on her couch, and directs me around the parking area until her view is absolutely spot on. No niceties here about neat parking or even consideration for the driver who got her here, but as long as her view is alright, that’s all that matters. The fact that she barely looks out the window is neither here nor there. By the way, my side of the vehicle was right up against a wood pile, and there were mooing cows with their bells, and a clattering feeding trough the other side of the wood – just saying 😉. Apart from that it was another excellent find for us. 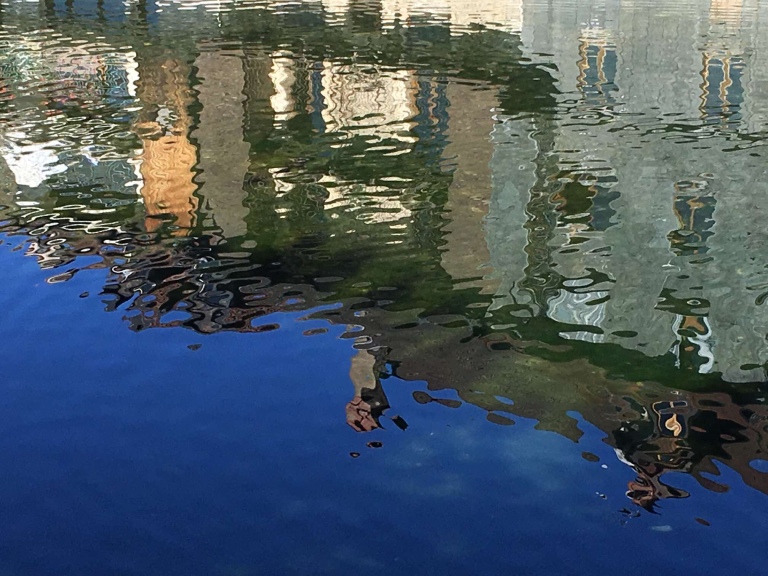 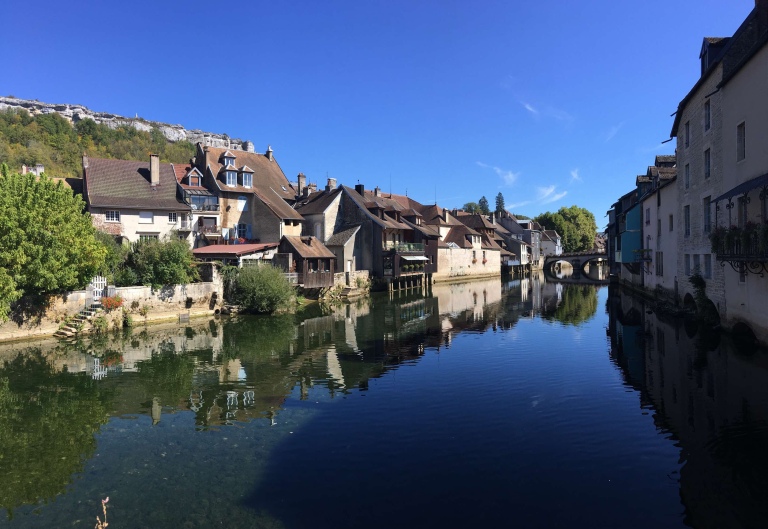 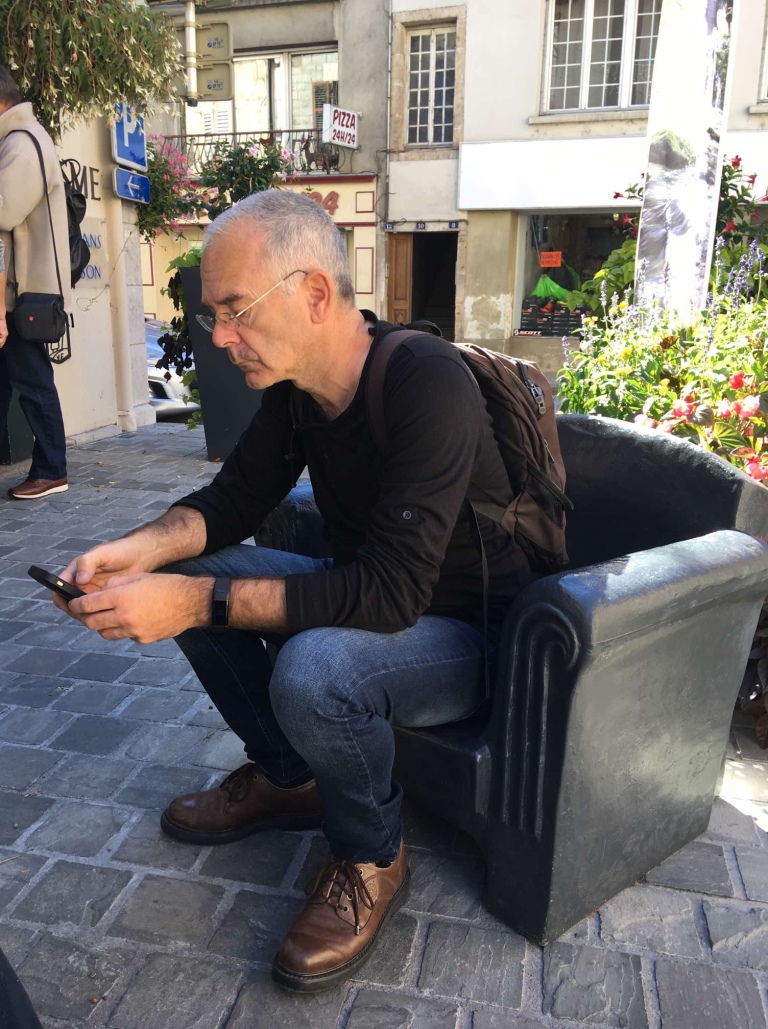 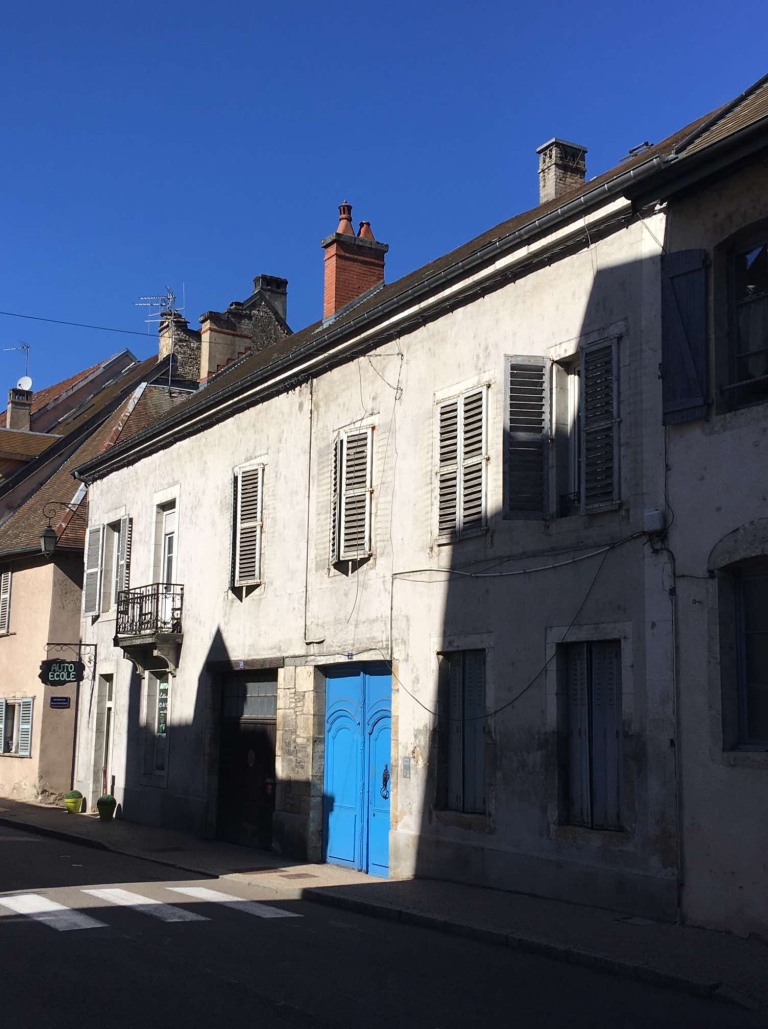 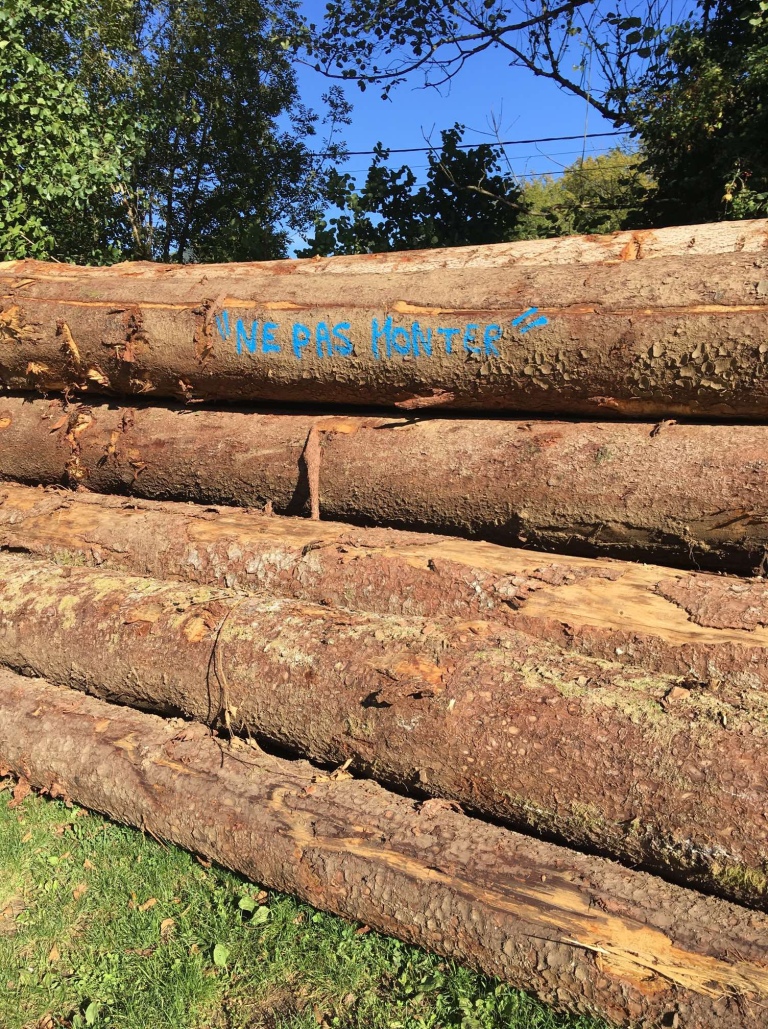 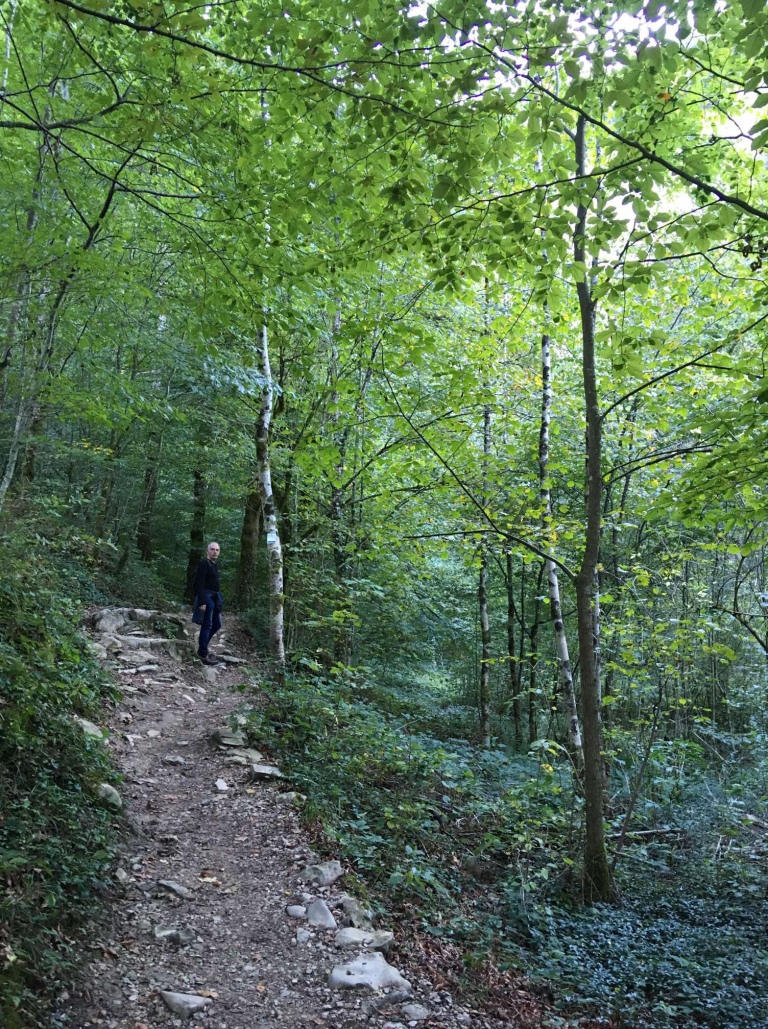 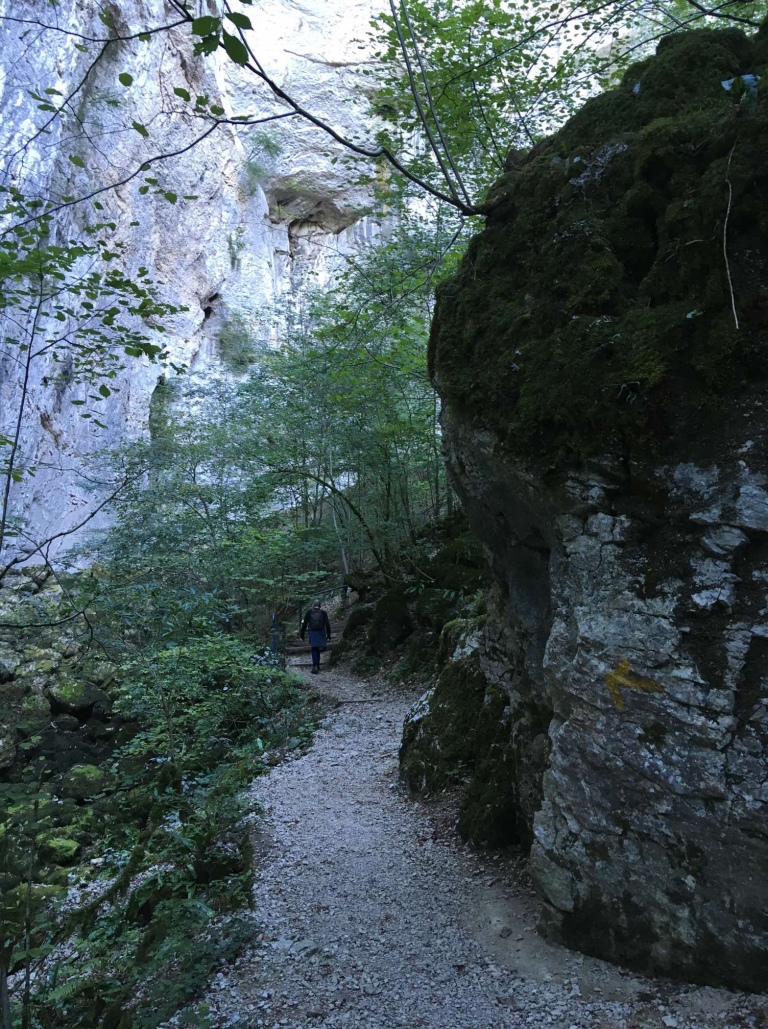 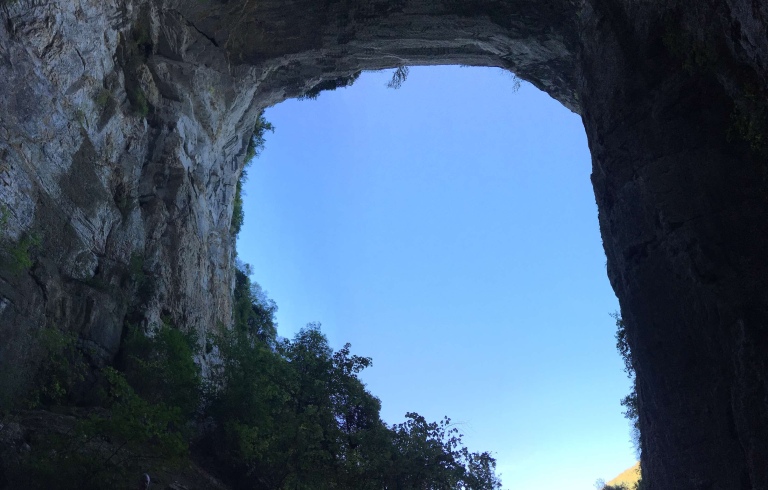 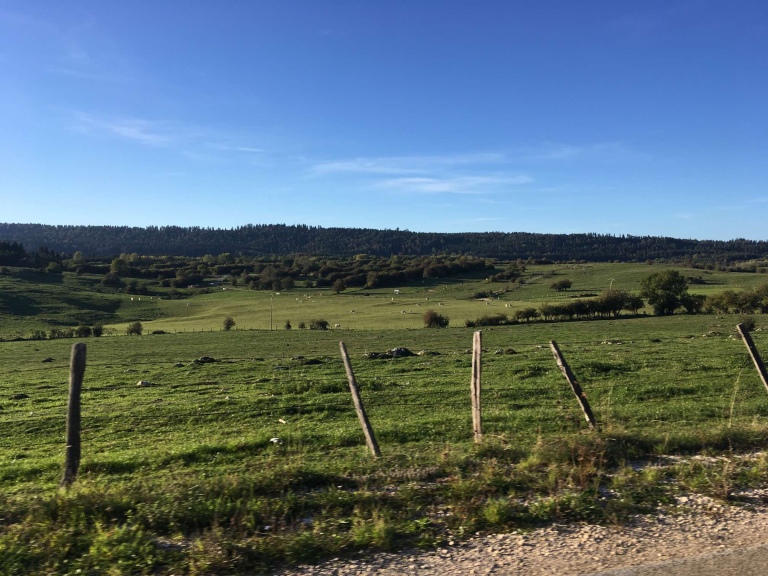 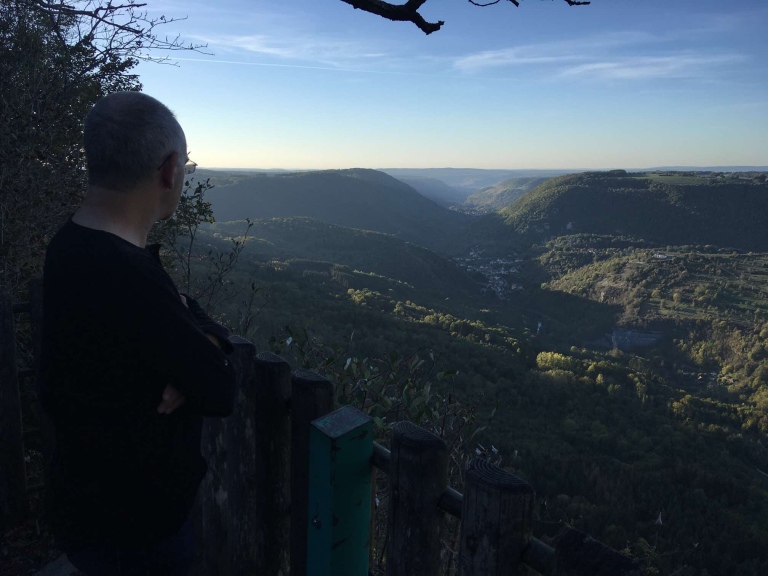 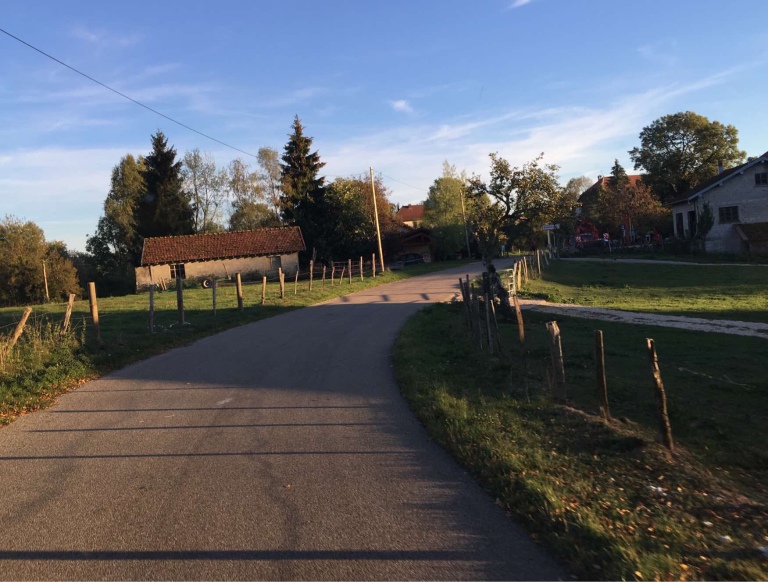 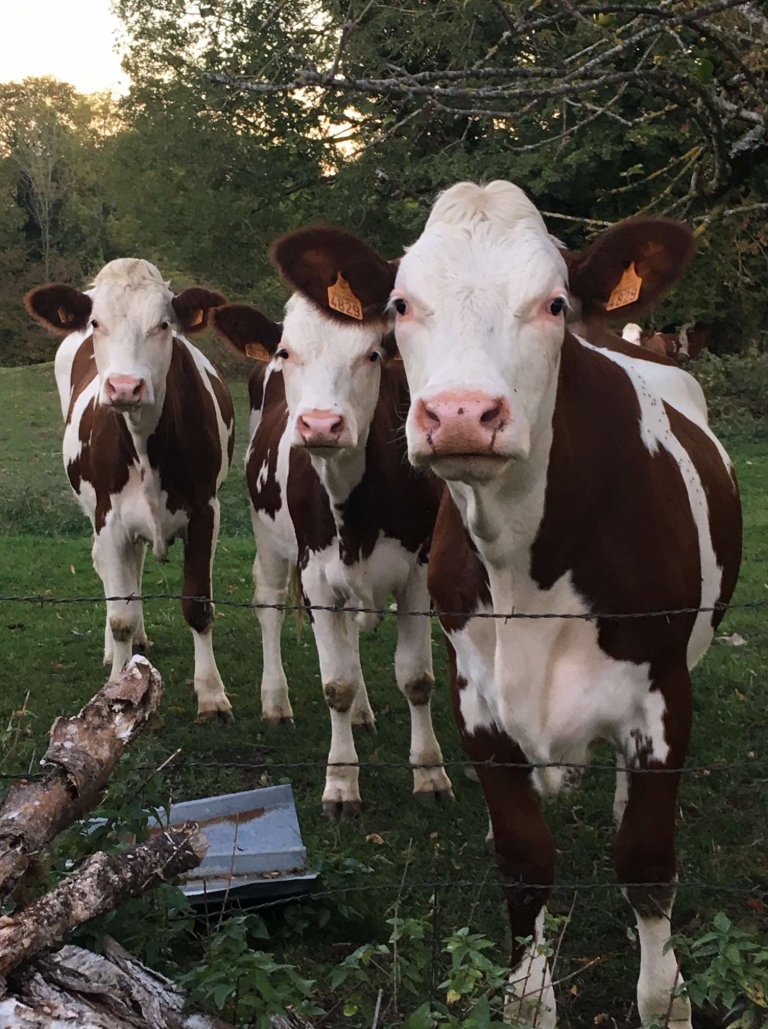