That was an amazing find. Fantastic views across the mountains. Free running water. Very few vehicles stopped to look at the brilliant view, except a handful of motorbikers on Sunday afternoon. Also a number of locals called in to collect their water. Although we were just off the road in an elevated position, and the road was quite popular, we were not disturbed by traffic noise at all.

Sunday morning was busy with Sophie doing a spot of washing, taking advantage of the readily available free water, and both of us catching up with quite a bit of blogging, following a couple of busy days on the road.

In the afternoon, we indulged in watching the Grand Prix highlights “live” on Channel 4 on the iPad, which was a first in 12 years of motorhoming, then decided we may as well stay another night. The weather was sunny throughout, but quite chilly in the wind. I was sent on several water collecting expeditions, whilst Sophie never even left the van. Just saying 😉. I was also allowed to go for a short walk, but I couldn’t go out of sight, because I’d probably be blown off the mountain, and then Sophie’d be forced to get behind the wheel to drive home alone. Imagine that.

Unusually for me I thought I’d check the weather before turning in, as that wind did seem to be picking up. I was surprised to see that the low for the night was forecast to be -6C, which would be an all time low for us. So bearing in mind the extreme temperatures, we broke our rule and opened up our grey water tap (there was no one around, and it is all harmless stuff after all), to avoid that freezing up, and put our heating on low all night.

We survived the night, didn’t feel the cold at all, and the only sign of the extreme cold was that our water wouldn’t go down the sink, but everything thawed and the water soon disappeared once we got underway.

So, today we’re properly back on our favourite Back Roads Spain guide book. First port of call was the motorhome aire at Villanueva de Avila. This all mod-cons free aire enabled us to readily tip out and top up, after which we were truly prepared to hit the road without distraction.

We took the back lanes up the mountain, so as to get on the Back Roads route, and whilst the road was narrow, two vehicles could pass, just. Fortunately, at this time of year you’re probably unlikely to meet anyone. The most notable feature of the landscape was the abundance of rounded boulders, which look like they were just left everywhere after the last ice age thawed out. It certainly made for great views.

In true Back Roads Spain style, the prescribed route wound us up to the mountain heights, then wound us back down to the valley beyond. However, this drive did not once feel like a strain on the engine going up or on the brakes going down. We didn’t meet a single vehicle, and were only passed by a motorbike and a car, when we’d pulled up to take photos.

I thought it only fair to lay on another castle for the chief photographer, so we popped in on the Castillo de los Duques de Alburquerque. No obvious parking, despite using Google maps, so I self-sacrificially offered to miss out on this one and look after the motorhome instead 😉.

From here we took the sensible road North over the Puerto del Pico, which my guide book tells me is “the most important road pass in the Sierra de Gredos”. It goes on to say that the Romans built a stone road over the mountains here, and this appears to still be there.

We were soon heading West again into the Northern Gredos and along the Valle del Tormes. If I’ve not mentioned it already, the scenery today had been impressive, and this last stretch particularly good, with snow-covered peaks as a backdrop.

We stopped for a very late lunch at the rather large carpark at Hoyos del Espino, that serves an area called La Plataforma. I’d originally thought we might overnight here, but our parking location for our onboard lunch didn’t really inspire either of us and I’d planned a backup about half an hour down the road. However, on manoeuvring out of the vast parking area we were inspired by a spot at the other end that gave us an elevated view right across a valley and forest. That’ll do. Did I mention that there is not another single vehicle here? I’m considering putting money on another van pulling up next to us later though. It does happen 😉 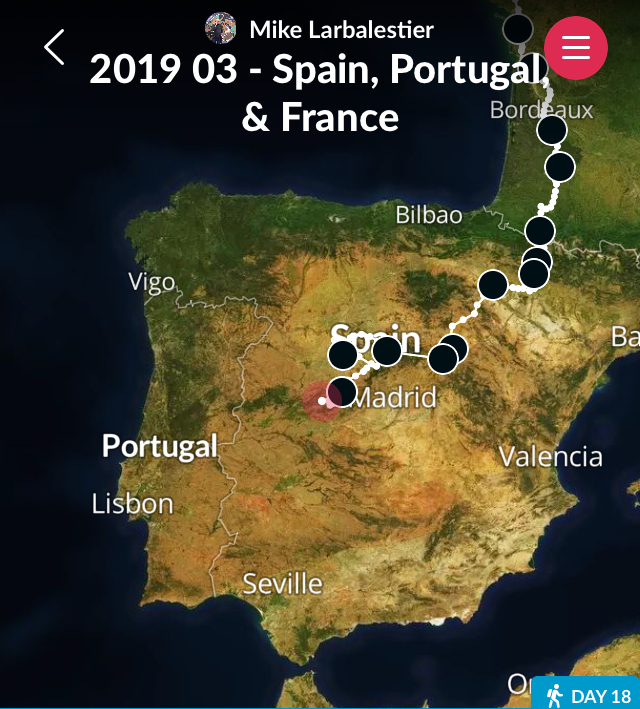 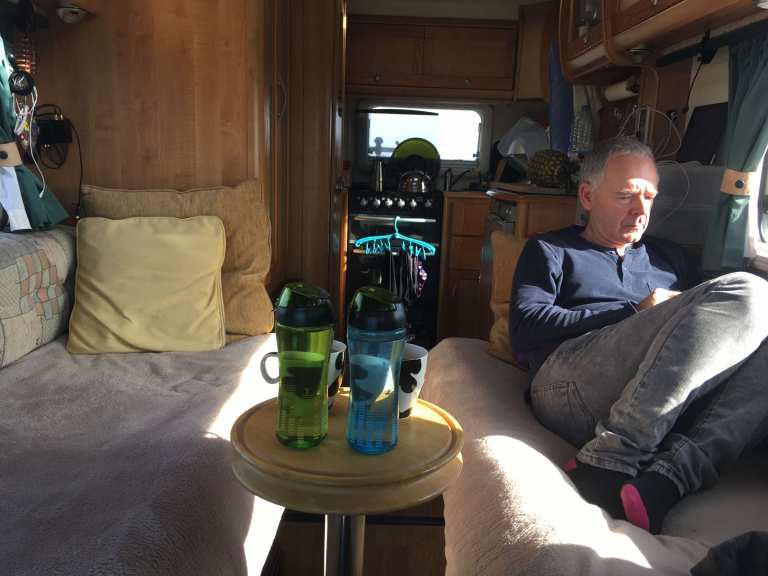 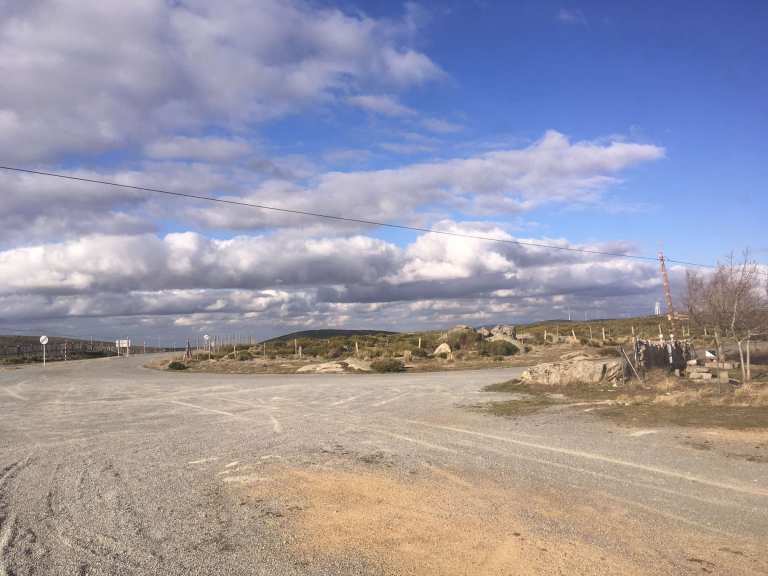 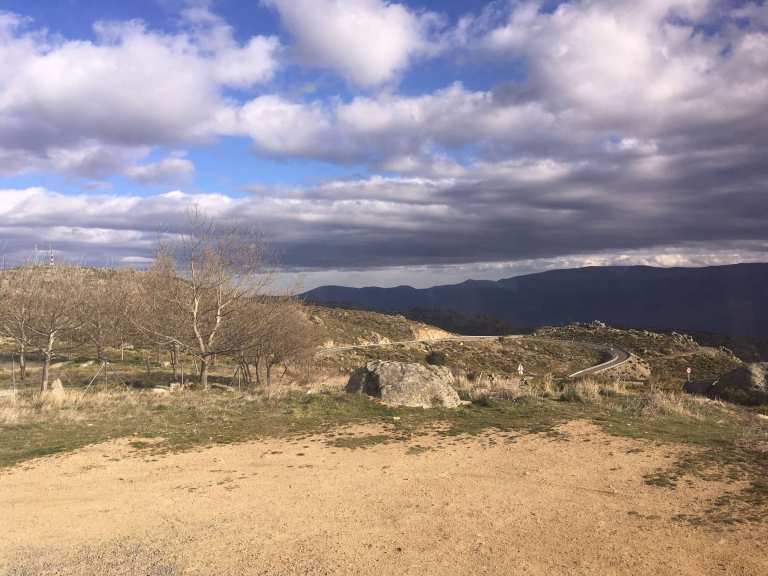 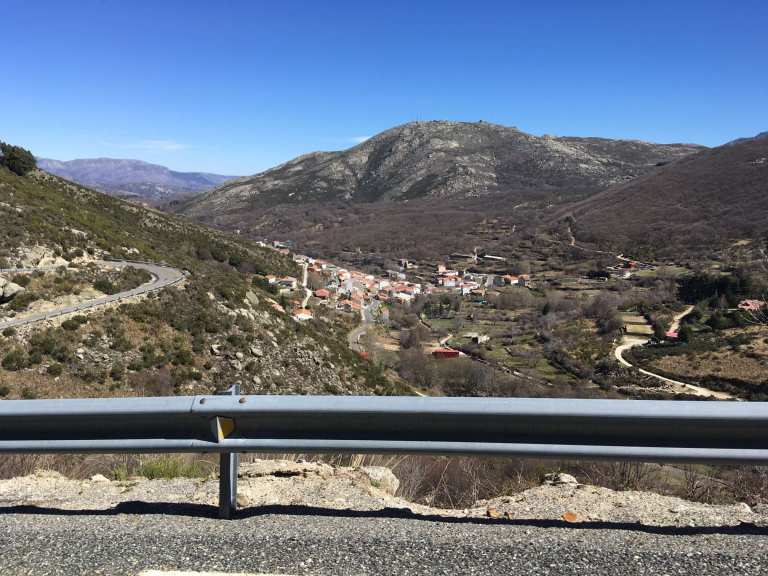 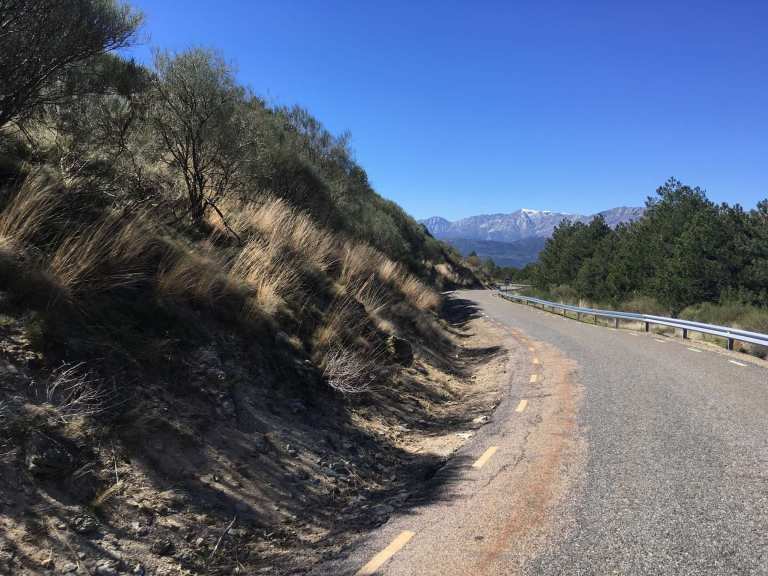 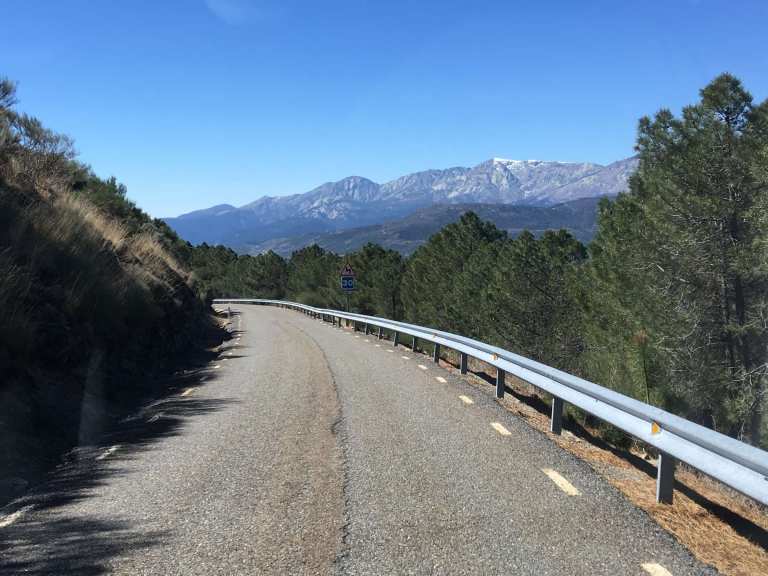 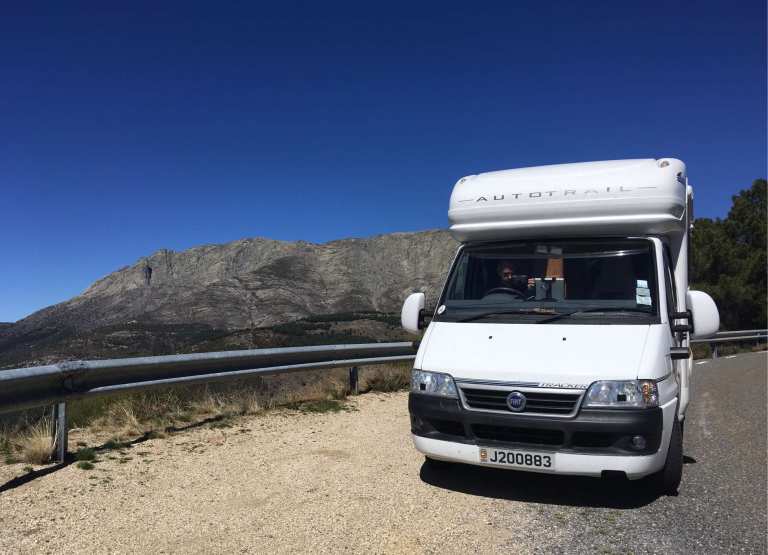 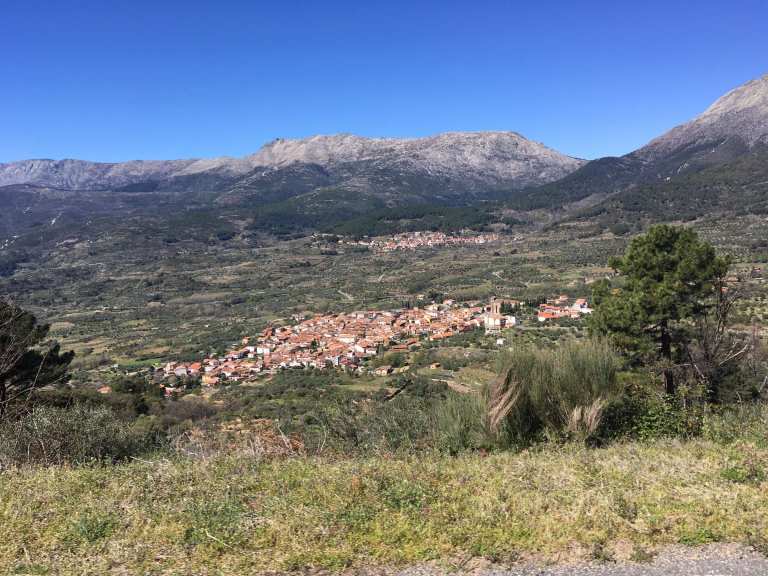 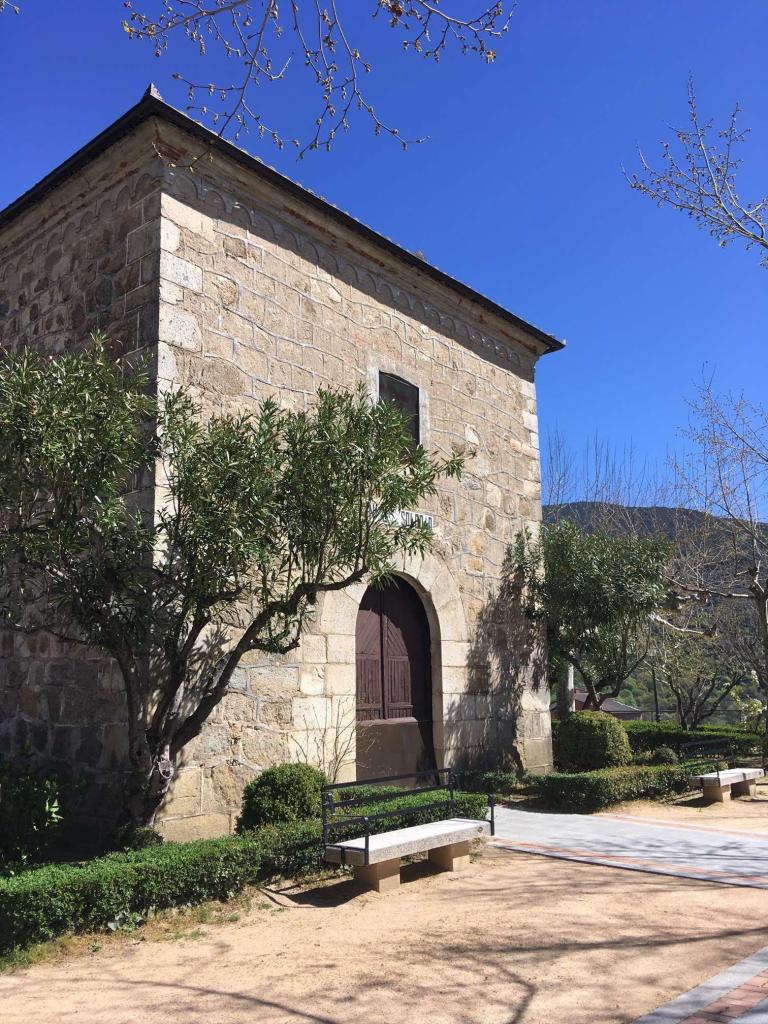 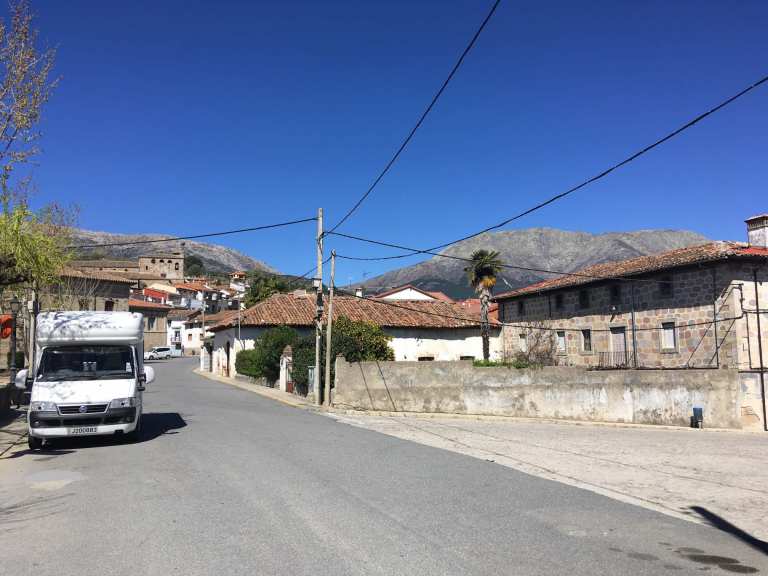 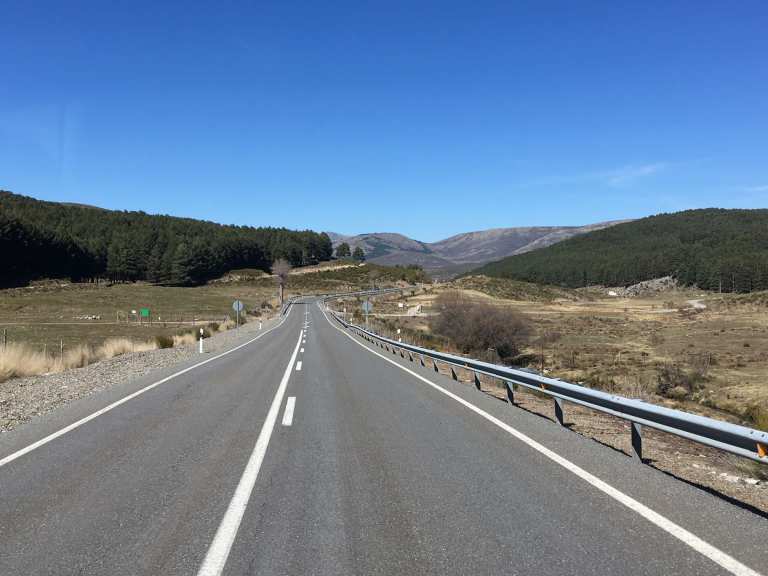 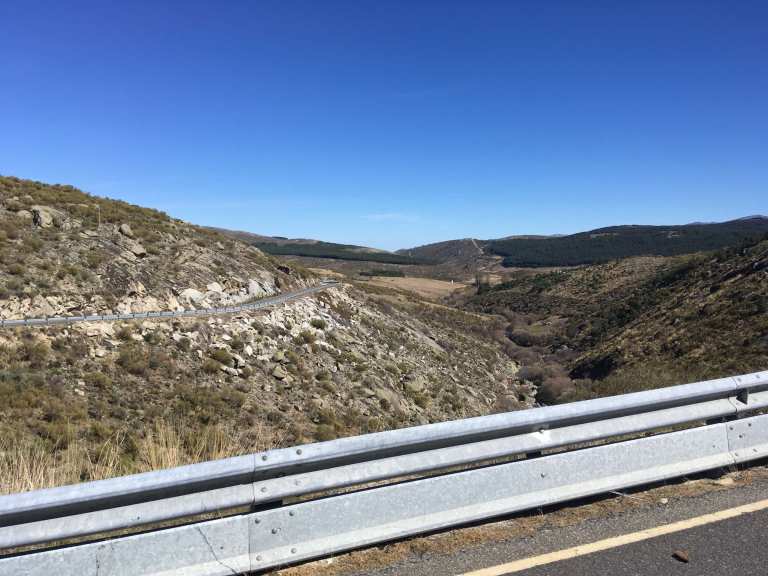 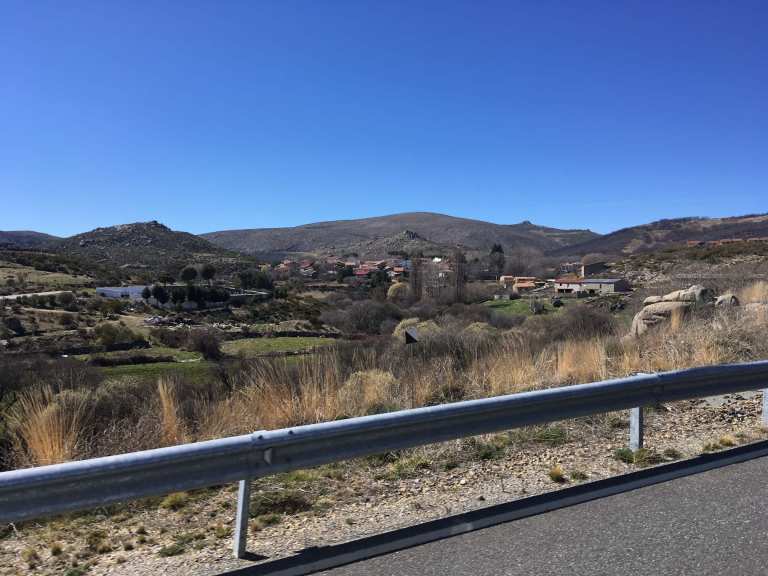 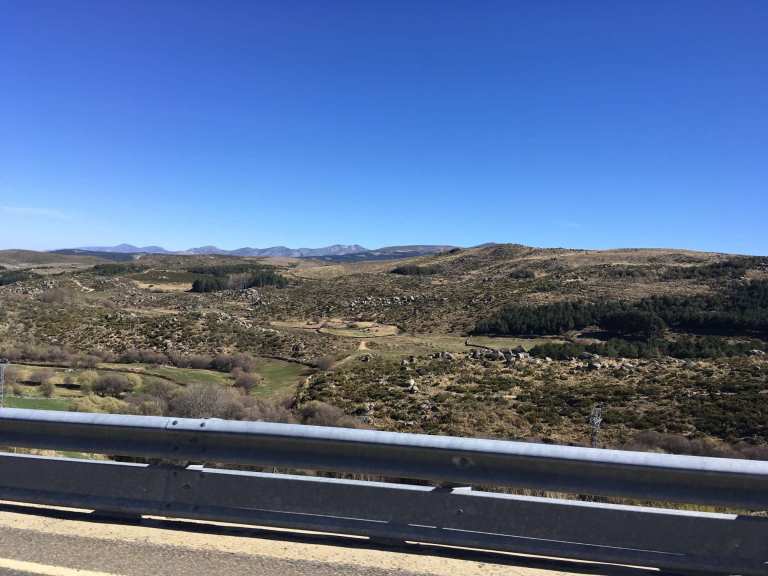 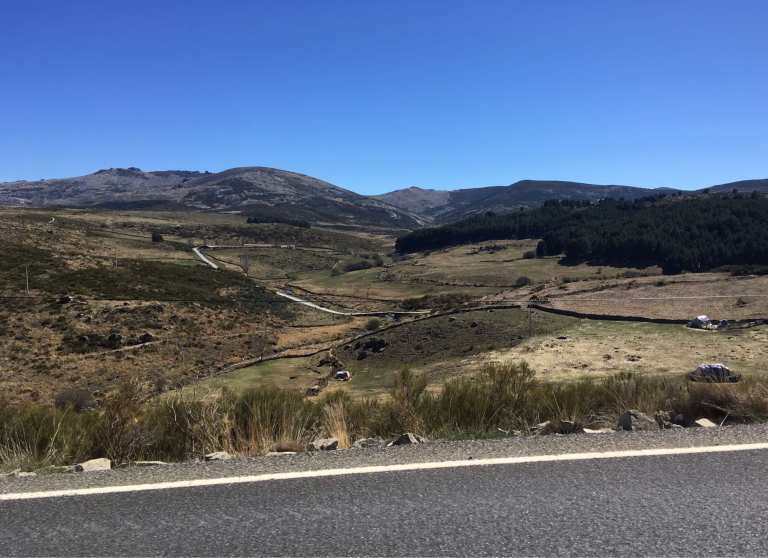 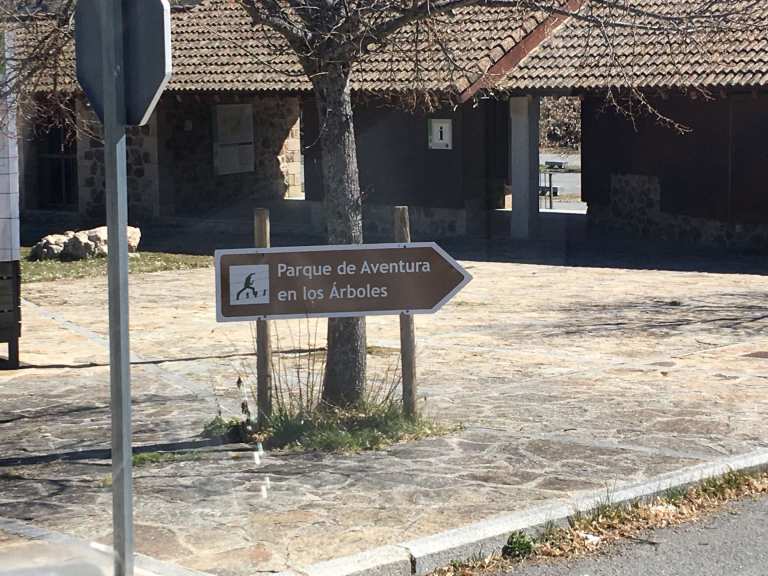 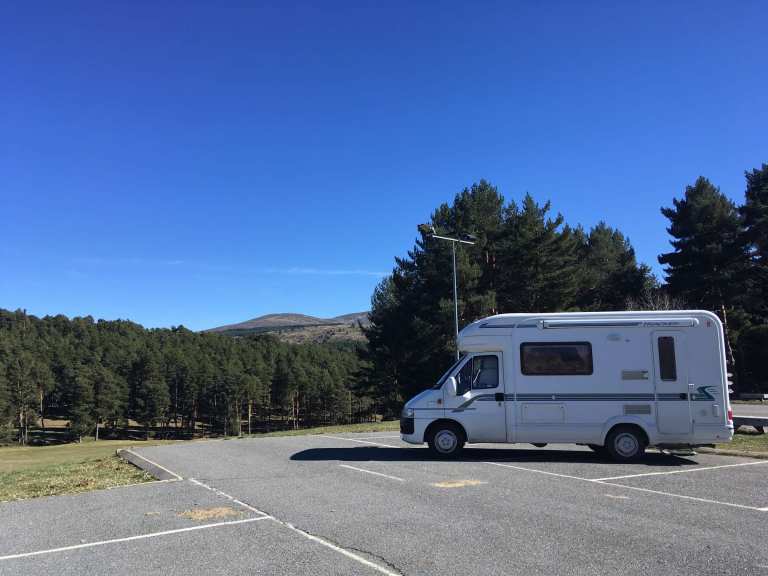 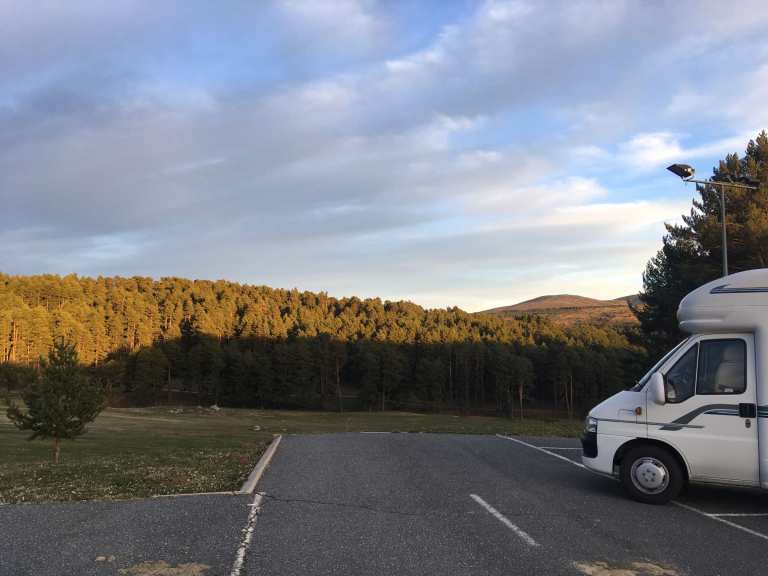 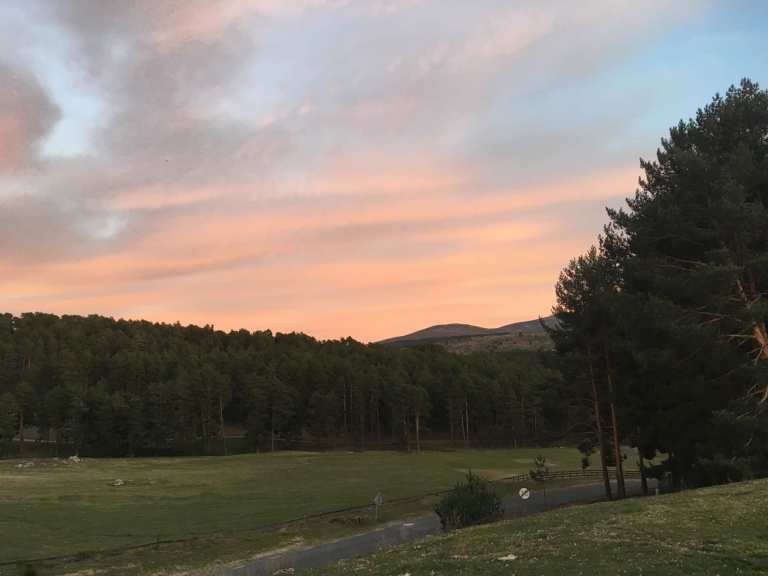 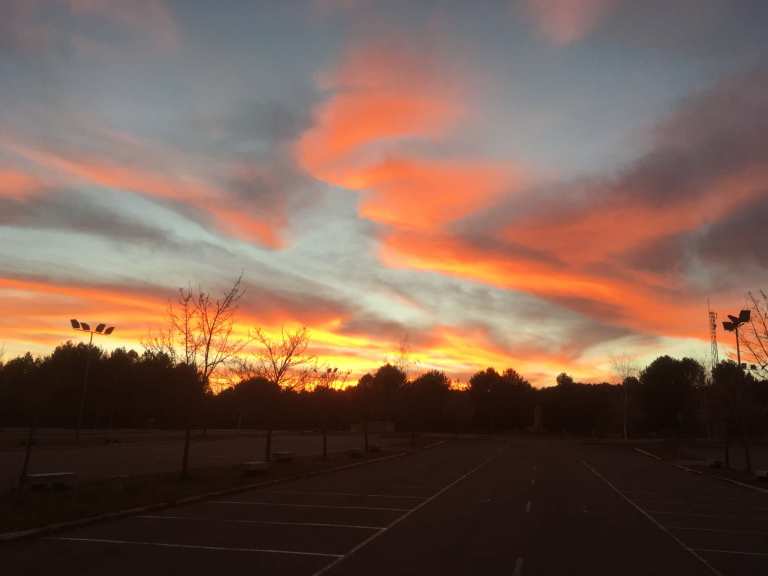