It was a good quiet night, with a view of the illuminated Castelo Rodrigo. After having headed North up Portugal’s Eastern border for a short while, it was time to start heading back West in a Porto direction, with the plan to finish our time in Portugal with a drive up the Douro Valley from West to East, then back into Spain.

We had a great time in Porto last year, but it’s not overly motorhome-friendly these days unless you stay on a campsite out of town and bus or train in. The popular parking we stayed in last year now has a catalogue of bad reviews, which is a shame. Maybe Porto should do more for those of us who’d really appreciate dedicated motorhome parking so that we can visit this amazing town.

A footnote in my Dorling Kindersley Portugal book suggested that the “ghost town” of Marialva was worth a visit. I was intrigued and this would be our first stop of the day. The cross-country route there was excellent and the scenery, complemented by the dark forboding sky, was impressive. We probably only saw two other vehicles. We even had to drive carefully through two separate sheep herds.

Marialva didn’t seem like a ”ghost town” at all, so we continued on to their castle further on, where Park4night showed convenient parking. It was a small old village here, with an imposing and, as always, elevated castle. Ordinarily, the entry cost is a modest €1.50, but as today was a national holiday, it was free.

We’ve visited very many castles in our time, but this modest one is probably one of the most interesting we’ve seen. We soon realised that the ”ghost town” described in the guide book actually refers to the ancient abandoned buildings within the castle walls, which are particularly interesting. It’s also quite untouched, by which I mean it has not been restored, and we really appreciate its authenticity.

Our journey West continued down quiet country lanes and villages. I was ultimately aiming for a Park4Night on the North-West banks of the Albufeira/Reservoir da Vilar, but as we approached from its Eastern side we saw a sign for a viewing area/miradouro and after a little trial and error found a great spot at the Miradouro de Nossa Senhora da Saude, with amazing views across the Albufeira de Vilar and the hills beyond. We’ve now added this as a new Park4night for those who follow in our “footsteps”. 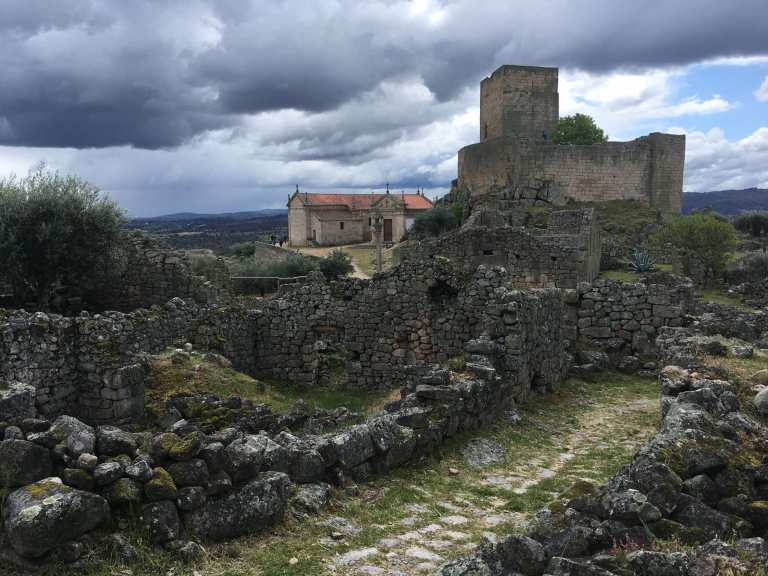 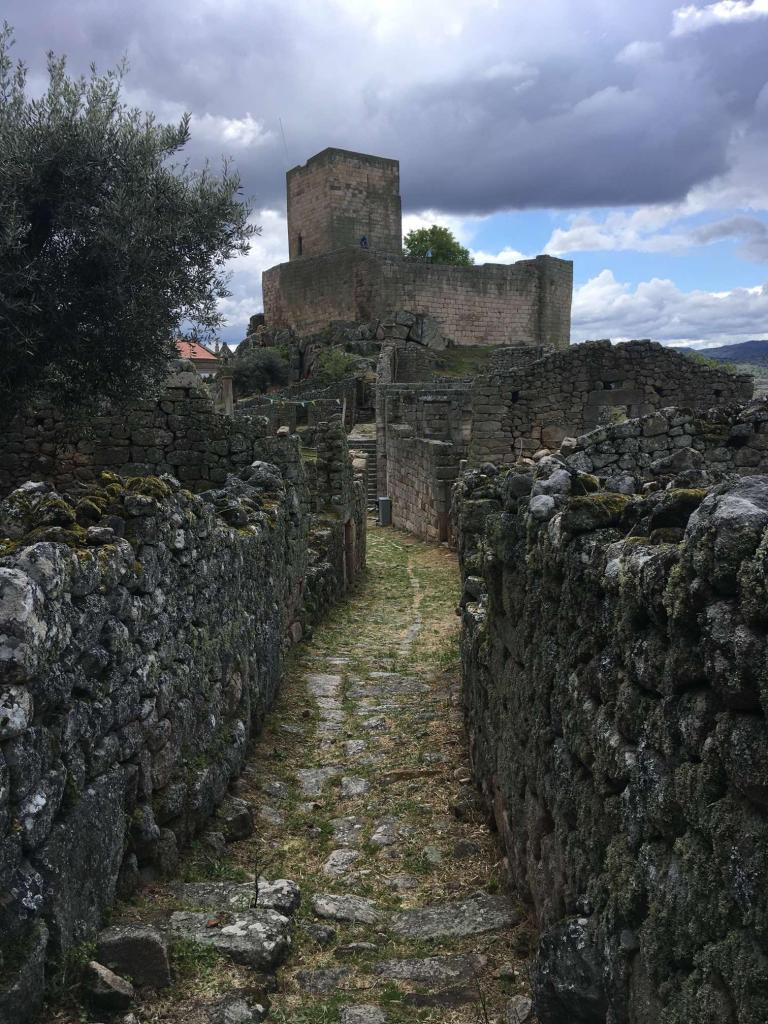 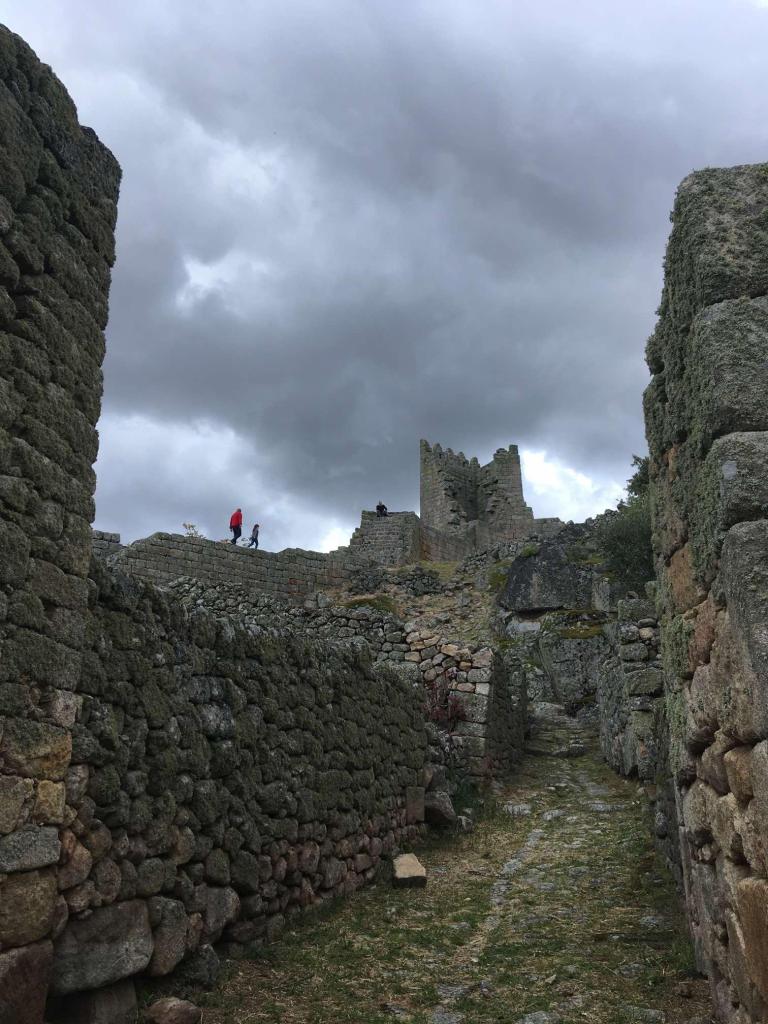 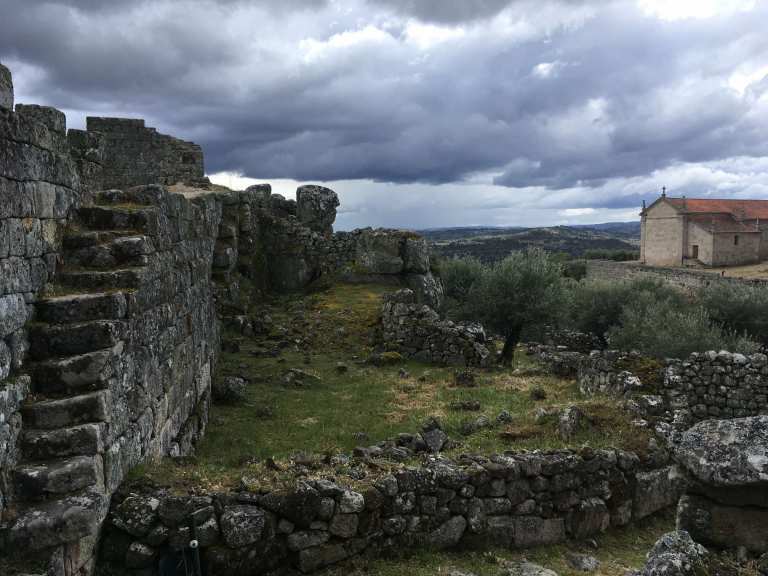 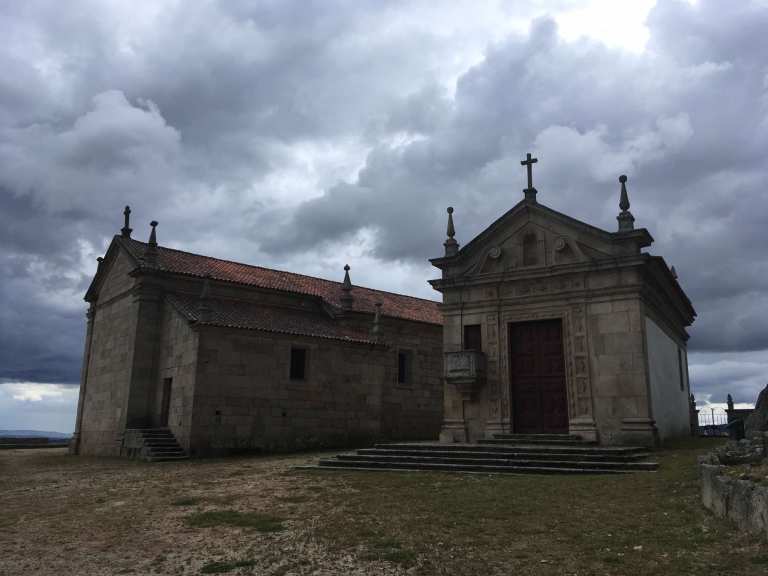 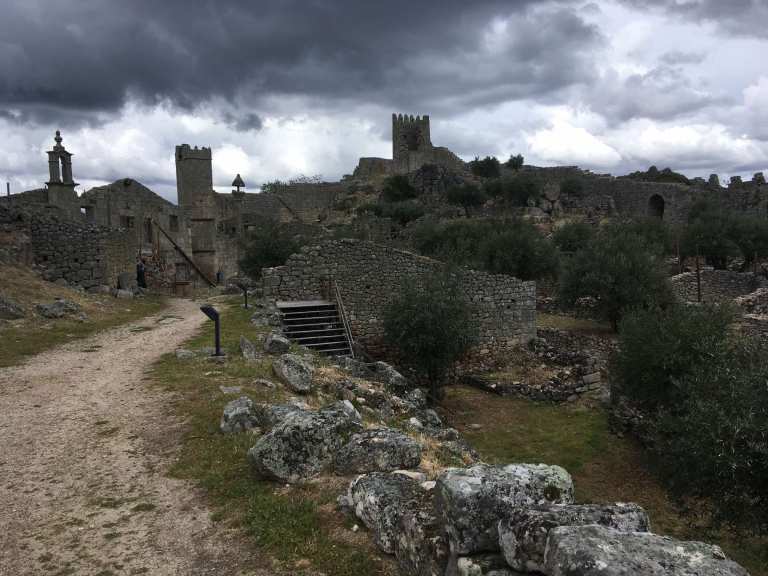 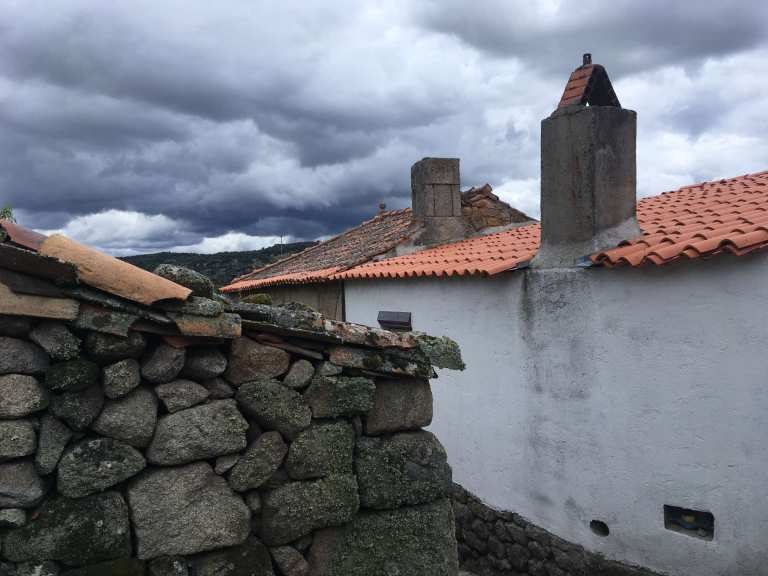 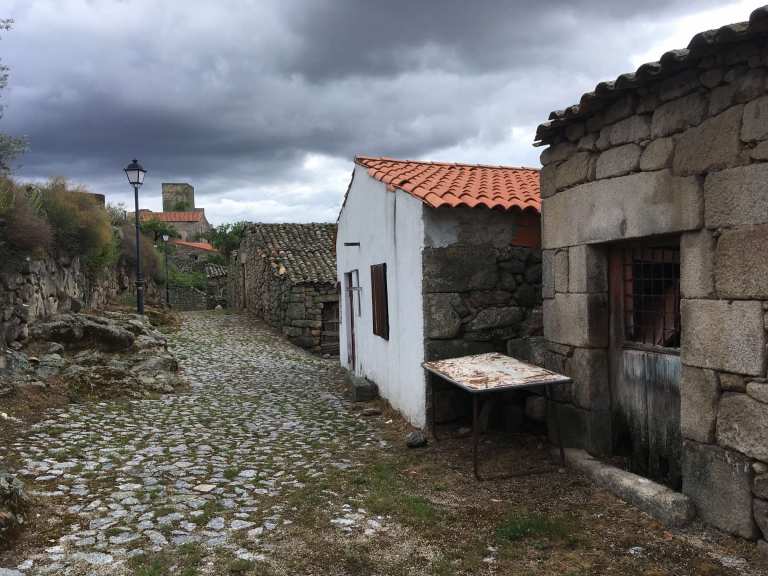 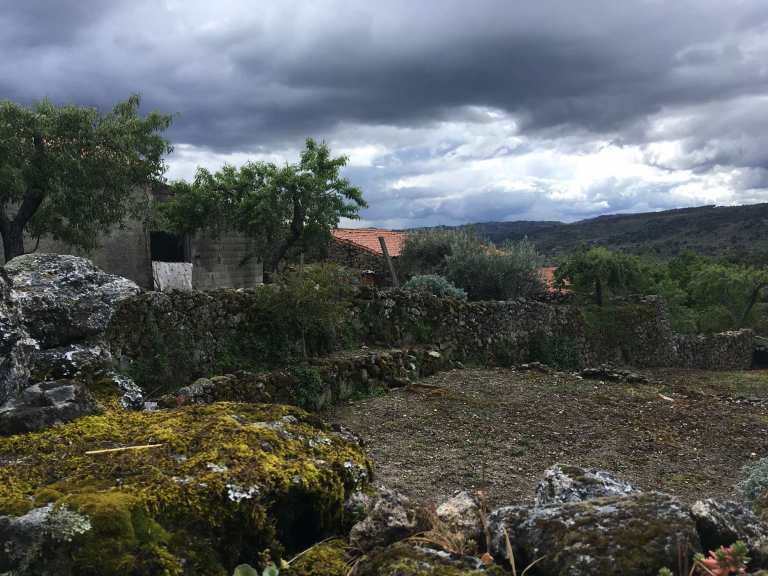 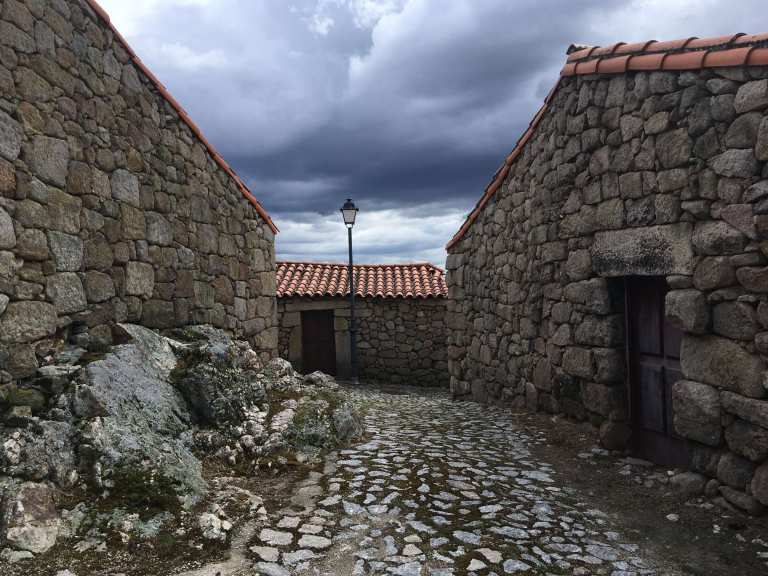 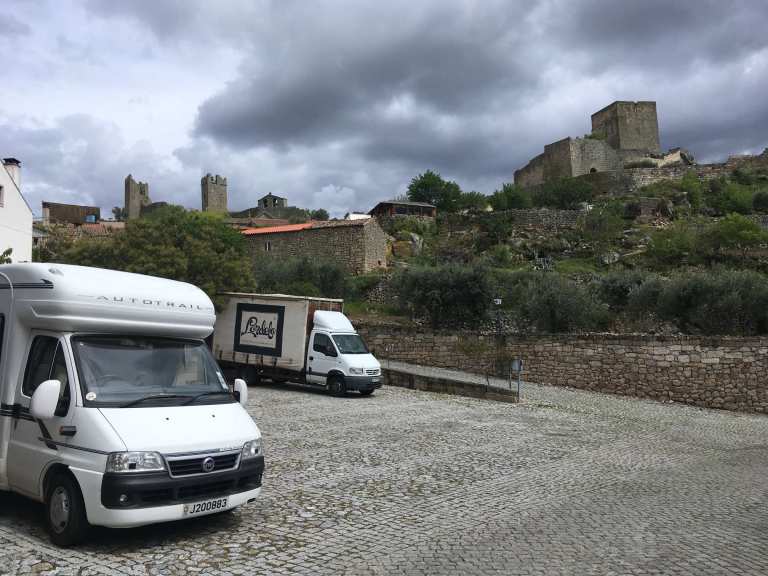 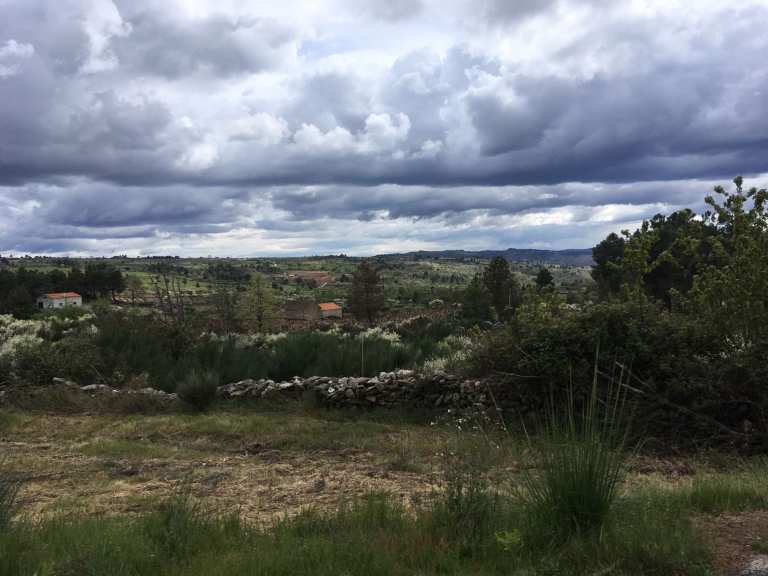 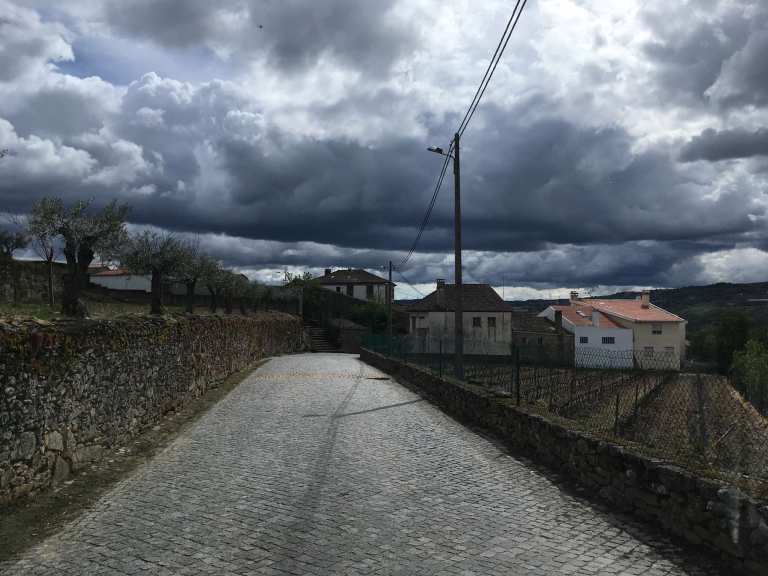 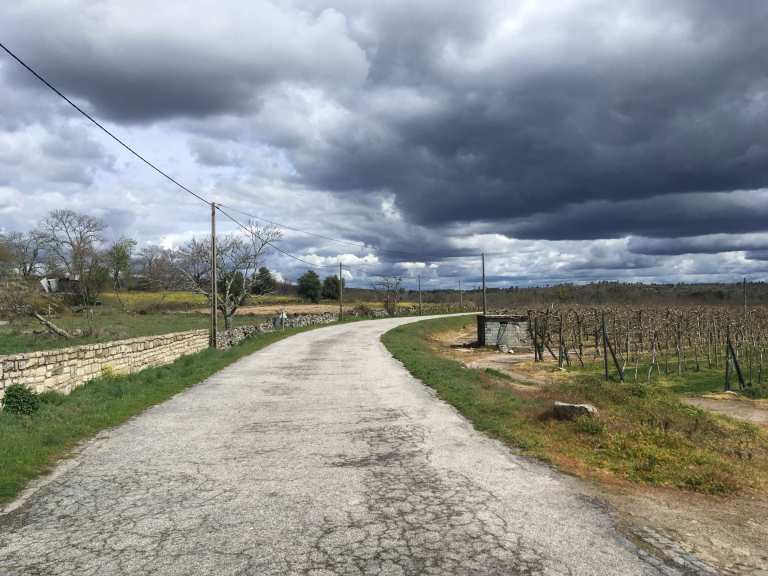 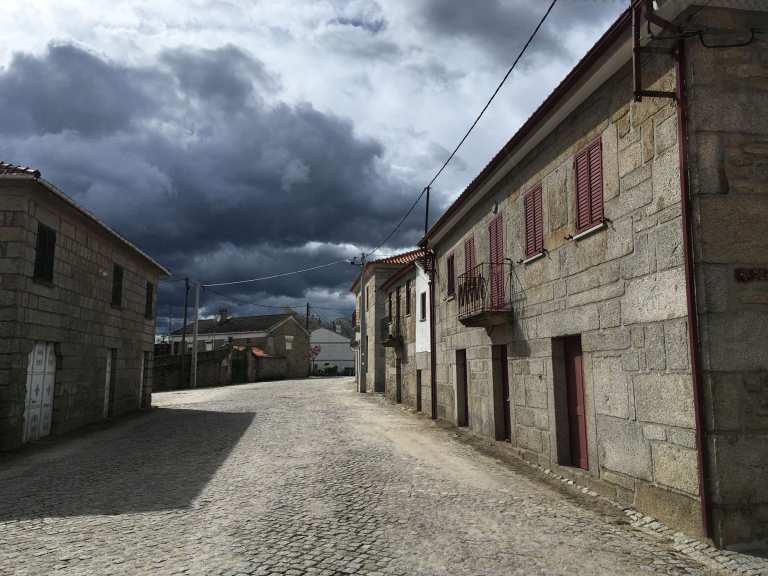 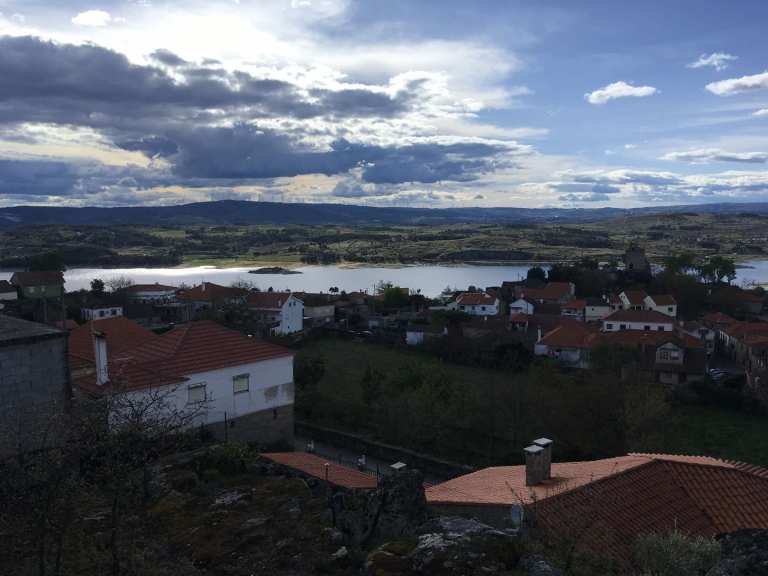 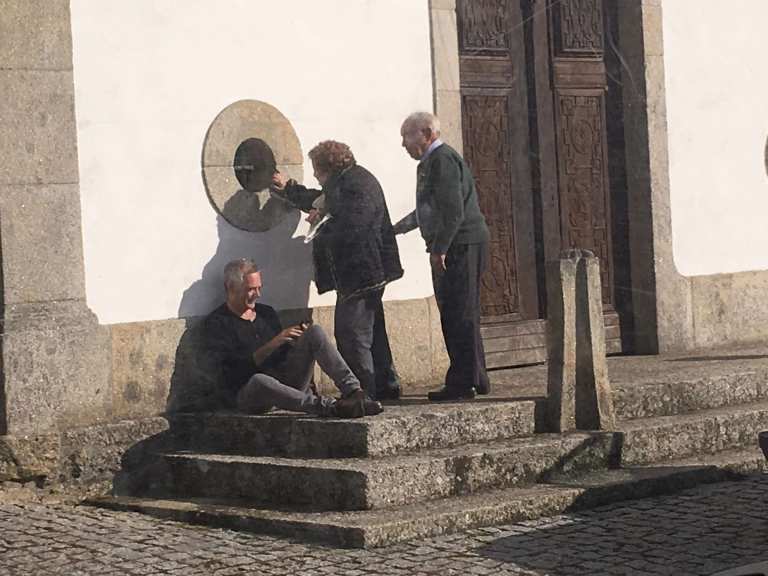 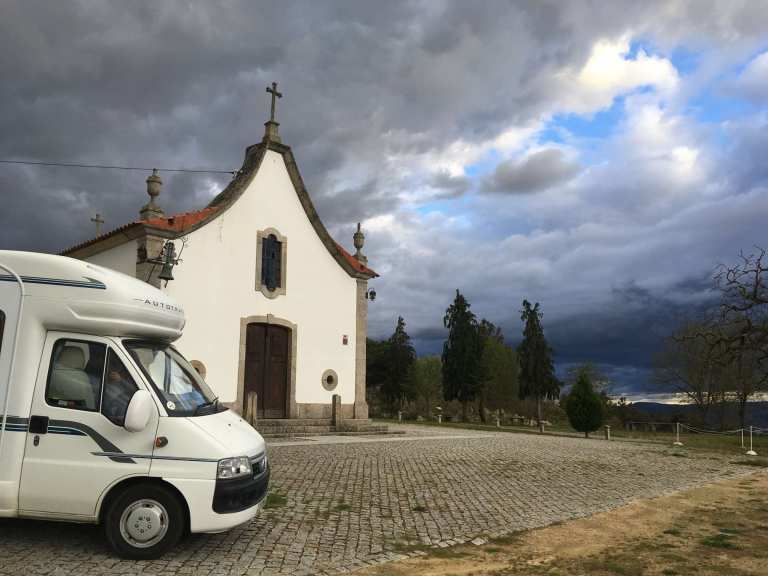