Well we finally moved ourselves today to continue West to visit some towns recommended by Dorling Kinderley.

Across the road from our Park4night was the actual service area. Although it gave the appearance of being fully functional, ie encouraging punters to insert their jetons (tokens purchased from local establishments) to get water, it clearly had some issues. Basically, nothing seemed to want to go down the usual drains for either grey or black water. Anyway, with a strong stomach and a little patience & ingenuity we managed to do what was required.

First town to visit was Castellfollit de la Roca, which the guidebook describes as “perched alarmingly on a sheer lava cliff which plunges dramatically into the river below”. I think a little more sunshine would have helped the effect, and a few more clues where to stop to get the full effect. Not sure where to park, we decided to move on, as we could now tick this one off the list. I’m sure we could have made more of an effort, but there we are.

Sant Joan de les Abadesses was next to face the Larbalestier critique. Useful aire with free water, & all other services apparently in good working order. My 15ltr folding water carrier, which has been excellent, and now used much more than my hose, developed a tear just above the pouring outlet, so I carefully emptied its contents into the tank and retired it for more gentle duties in the future. Fortunately I carry a couple of spares, and the new one took over.

A really impressive medieval bridge led straight onto the town.

Being absolutely brand new to the Spanish language, and in need of bread, this was our first objective. We immediately found a little “Panaderia” (had to look that one up), and went in. Unusually for us we both wanted to have a go at ordering, but I managed to push my way in and get in there first. Shocked, we got what we asked for, but it was perhaps the pointing and hand signals that did the trick rather than our poorly spoken Spanish. Nevertheless a little achievement for us.

Having seen the remains of the 12th Century church, and reckoning this was as good as it got, we decided to move on.

Dorling Kindersley has Ripoll as the next place to see. The town is still dominated by very run down industrial buildings, but has a more pleasant town centre, being famous for its 10th Century monestary. Arriving on the day a big fair was about to kick-off definitely did not please our Satnav lady, who was forced to redirect us a number of times. She finally got us to the aire, but the notably unattractive neglected buildings from industry past, which dominated the immediate skyline definitely incentivised us to move on.

As an aside, when researching this aire, and reading the various reviews, more than once I came across the word “porqueria”, as in the service point is clogged up with porqueria, and they weren’t far wrong, although the prize for the most “porqueria” piled up round an aire service point today has to go to Besalu – come on council members of Besalu, please get the drains running freely. It is Spanish for literally the filth within a pigsty. Another word to add to our ever-growing list of Spanish essential words, along with whippet etc.

Anyway, putting those thoughts a long way from our minds we drove off and found somewhere to stop for our first Spanish bread & cheese lunch. Other than a seeming mountain of crumbs that this quite small loaf produced, all was very pleasant, and Sophie has now swept all the crumbs up but I’m sure they’ll be turning up in our socks for days to come.

Not really seeing Spain in the best light today, we hoped that Olot would really kick-start our day. In a sense it did, because I was determined to get a successful Autogas/GLP filling under my belt, given my troublesome first experience. After a bit of fiddling I was delighted to have filled up with €1.42 of gas, and Sophie was keen to have a turn at interacting in Spanish with the petrol attendant. So highlight of the day so far.

I admit that some towns are just a bit too big for us to be bothered with. I appreciate that this might sound a little lame, but sometimes the hassle of parking, and walking round a town in the heat, after having driven round much of the centre anyway trying to find the parking area, tends to make us want to save our energy for something a bit more inspiring (for us). I’m sure Olot is a perfectly pleasant town and well worth the visit for many, but today we just wanted to keep on the move.

Actually from Olot onwards, we definitely sensed a distinct improvement in the surroundings. We were now in the “Parc Natural de la Zona Volcanica de la Garrotxa”, and the drive to Santa Pau was very pleasant.

Having seen a seemingly impressive Park4night in Santa Pau we headed there. I’m pleased to report that this little town is now definitely the highlight of the day. It is described as “a perfectly preserved medieval village perched on a low hilltop, Santa Pau is the jewel of the Garrotxa region”, and from my limited experience of the area I have to agree. Well worth a visit.

We had a good walk round, then getting braver we decided to have a mooch round a little local shop. Having picked up some great value charcuterie for our own tapas later on (Chorizo “Extra” & Mortadela), I was taken by some local beer described as “Volcanic Craft Beer from Catalonia”. Problem was it didn’t have a price on it, and I wasn’t keen to pay over the odds. Fortunately, I recalled “cuenta cuesta” from our phrase book, and starting politely with a “perdon”, engaged with the lady serving. Unbelievably she understood and didn’t scowl or laugh at me for my poor delivery, and I shall be opening that €3 bottle of beer as soon as I finish this, which I think will have to be now. Fortunately it was round number and the lady’s three raised fingers sealed the deal. She did this with a kindly smile so I don’t think it was a Spanish gesture that should concern me.

Finally, we have an excellent spot for an overnight, on the edge of the town and surrounded by volcanic hills. No neighbours as yet, but let’s see what the evening brings. Having felt genuinely concerned at how we’d find decent overnight stops in a country with a quarter the number of aires that France has and where overnighting in the wrong place might result in us being moved on, we are, to date, feeling more positive. 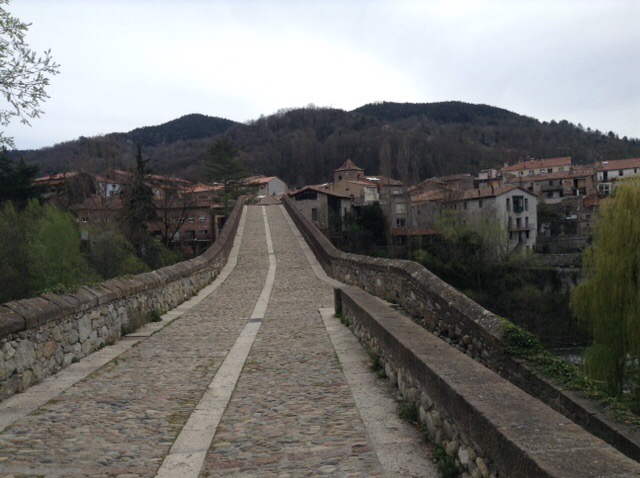 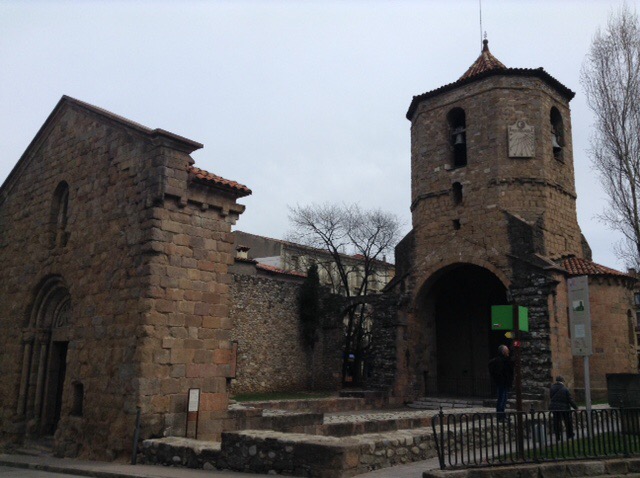 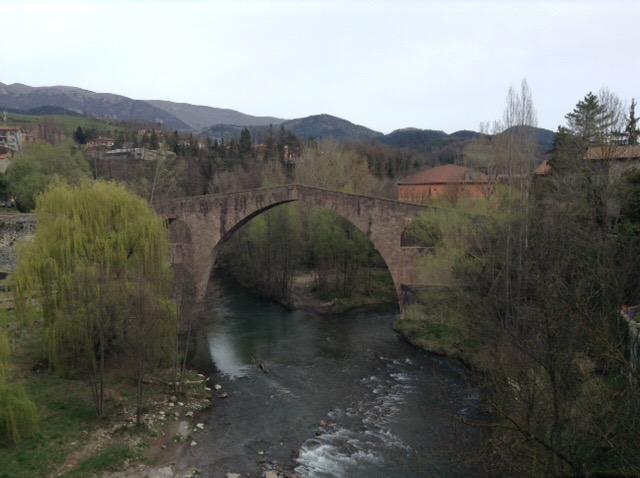 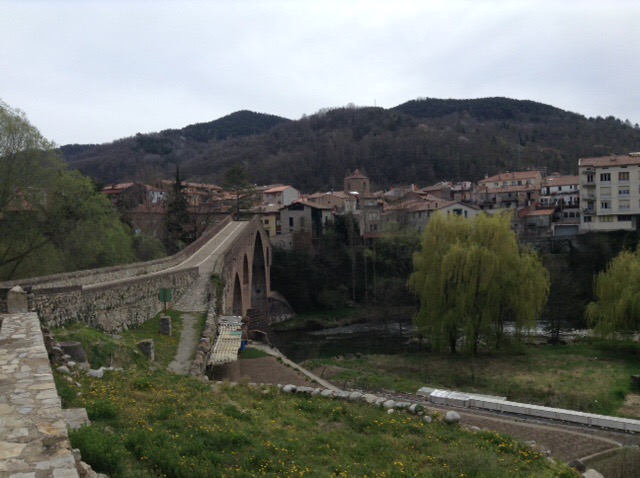 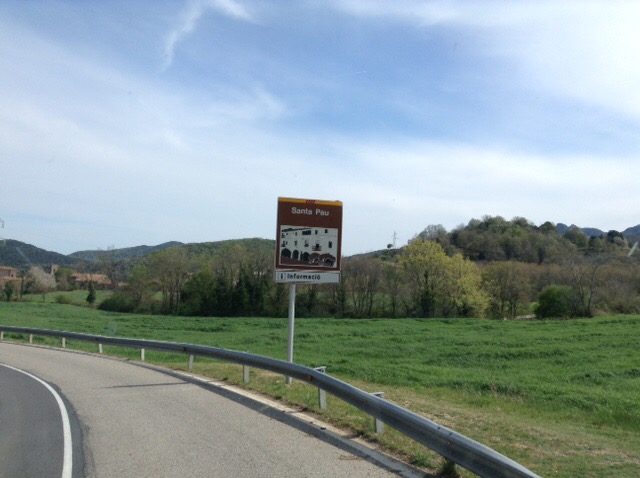 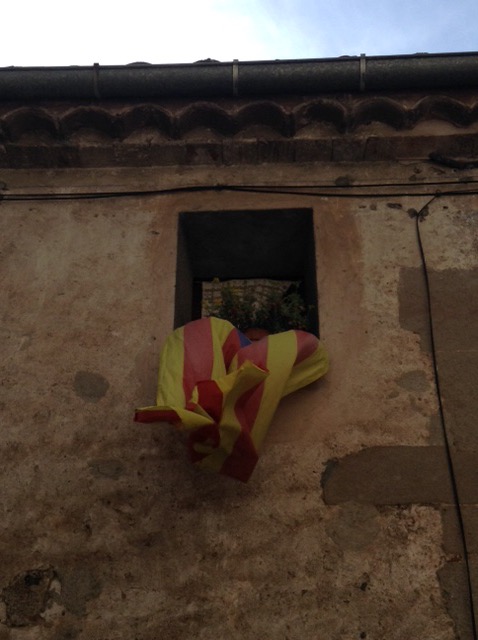 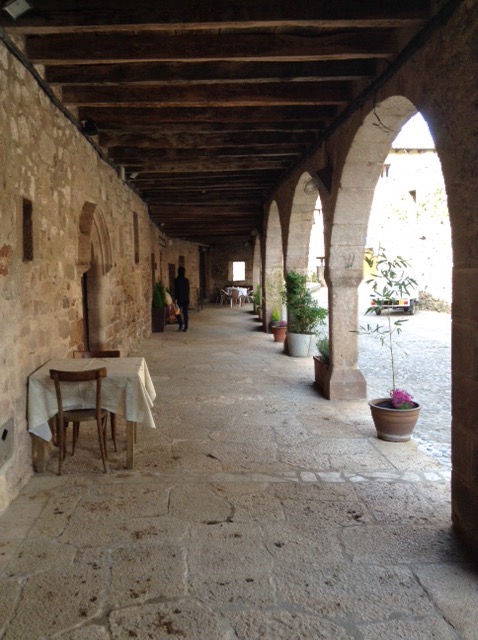 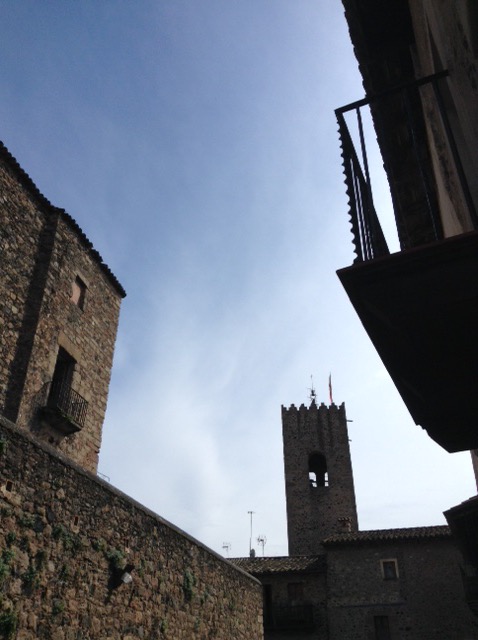 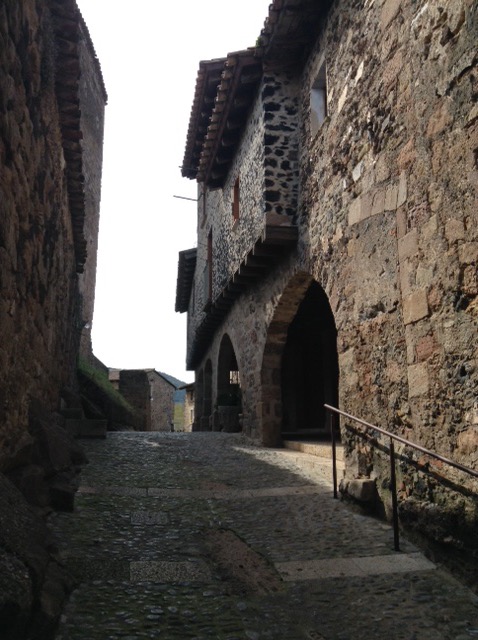 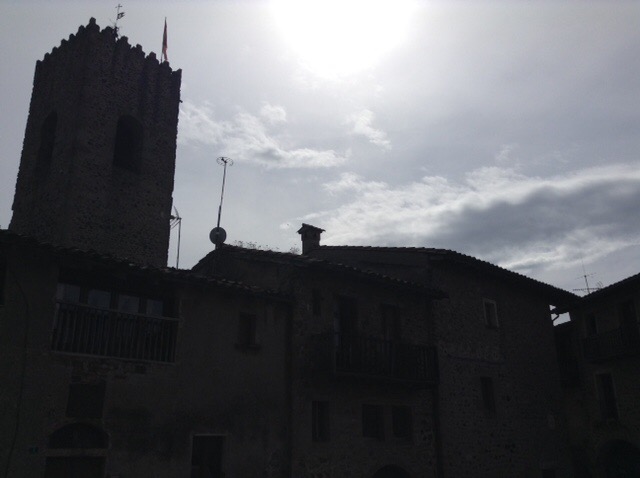