A very peaceful night’s stop amongst the tombs of the necropolis. Even the frogs and cicadas seemed to hit the sack when we did.

Generally being up later, we reckoned it’d be 11am before the locals started to turn up in their hordes again, and I’m pleased to report that we were right. We woke to the sound of cow bells and the lovely horned ladies were on all four sides of the motorhome. A very peaceful morning.

Today we have reached the four week mark, so I thought a few statistics might be in order, as follows:

• Refillable Gas: Approx €12 (hard to be exact as each top-up is paid with loose change)

Sophie’d been promising me a shearing for a while now, and this morning was the perfect opportunity. Whilst I sat outside at one of the picnic benches, she gave me the once over, beard and all. There weren’t many others about but those that were around were clearly amused at such strange behaviour.

By the way, as we walked around yesterday evening we could see from all the vehicles that we were the only non-Spanish people here. Over the last couple of weeks we’ve seen mostly French motorhomes amongst the minority of foreign vehicles, followed by the odd Dutch, German and Belgian vans. I think we’ve seen one British camper van, and that was this afternoon.

Today’s route is best described with the following photo from the guidebook:

We drove through Quintanar de la Sierra, then began the winding route which was the pattern for most of the day. These were roads designed for cars to be able to pass each other, just, so a motorhome meeting a car was a little challenging. Fortunately the roads around here have been extremely quiet.

I had earmarked the “Laguna Altas de Neila” for a visit, but I know my limits and realised I’d best avoid the single track road that led to these lakes.

Further on we passed the sign telling us we were in the “La Rioja” region. I immediately pulled over and toasted the occasion with a thimble sized glass of the local red delicacy. I look forward to sampling some more later on once we’ve settled down for the evening.

Before driving off, Sophie noticed some movement in the crags not far above us and we were treated to the sight of a vast vulture leaving its nest in search of food for its family. We saw it soaring at quite close quarters and then return to land in its home in the rocks. Very impressive.

The scenery in this whole gorge was excellent, and one quirk of these parts is that cows roam free. We even had to overtake some, or let them cross in front of us.

Next point of interest was Mansilla de la Sierra, where the original village had been flooded by a rather large reservoir, and the village rebuilt further up the side of the valley. When water levels are low you can still see some of the original buildings. Sophie showed me the top of the sunken church to prove this point. Just after the village we pulled over for a feta salad, then moved on the “Monasterio de Valvanera”, which is set high up in the mountains.

My next objective was the “Monasterio de San Millan de Suso”. The route there, in true Spanish style, was one with very different scenery as we pulled out of the deep, dark gorge into a more open landscape with vast rocky outcrops reminiscent of westerns.

As we approached San Millan de la Cogolla, where the monastery was, the landscape became a vast rolling plain, surrounded by distant mountains. On arrival at this town, the Satnav and me did the usual trick of driving straight through the ancient narrow streets rather than wait for the proper signs. The only restriction was 3m height and 10 tons, and as we were within those parameters I persevered, and all was well. This usually gets us strange looks from the locals, but we’re now beyond worrying about such things.

So thanks to Park4night for finding us yet another amazing parking spot in the very generous monastery car park, with snow-capped mountains to our left, and the impressive monastery buildings to our right. So tonight we continue in the tradition of Nick and Sal who originally taught us the trick of staying in monastery car parks. 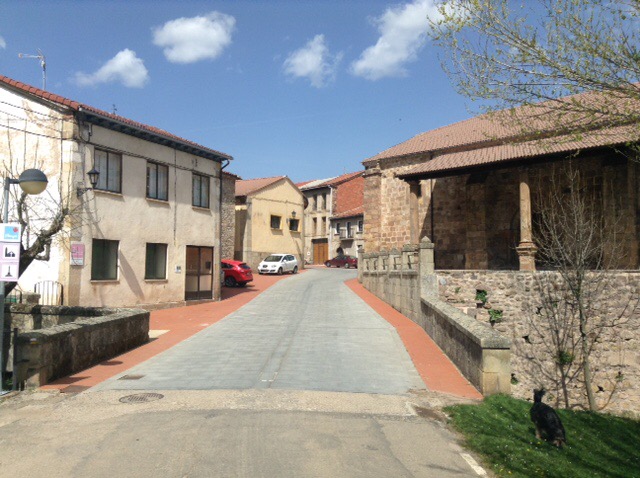 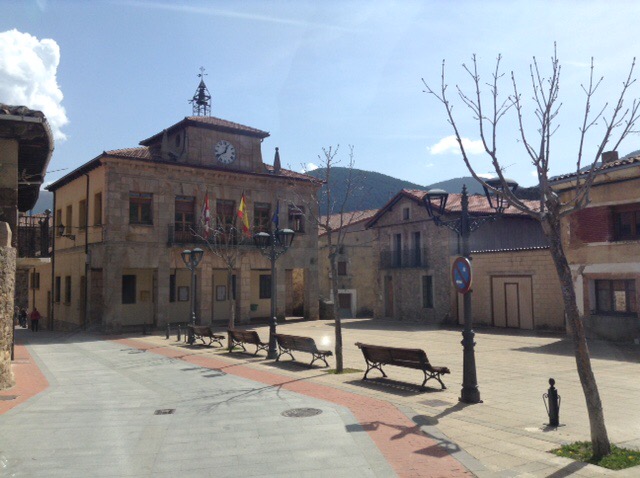 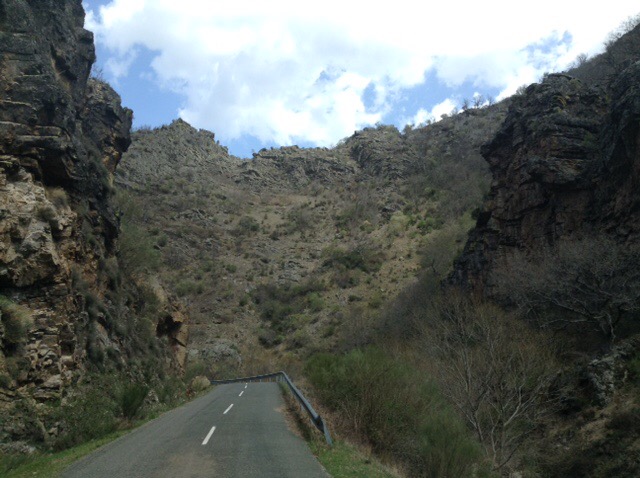 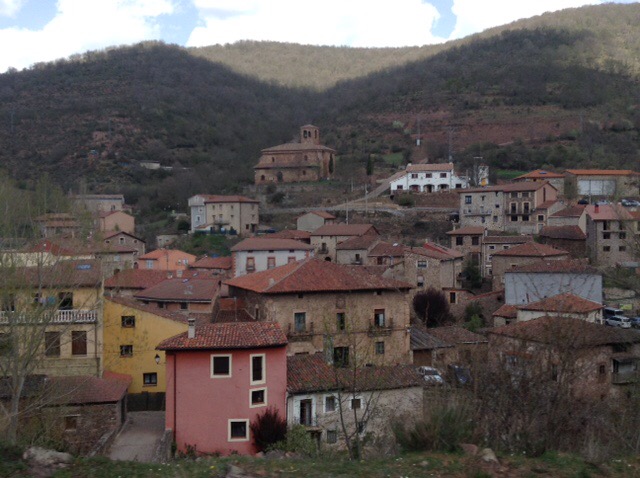 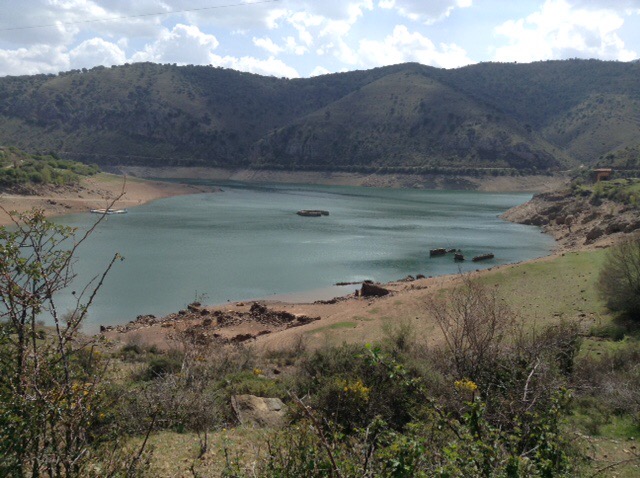 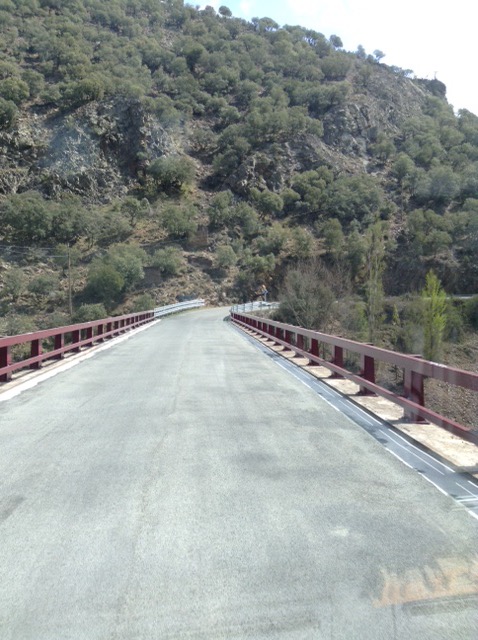 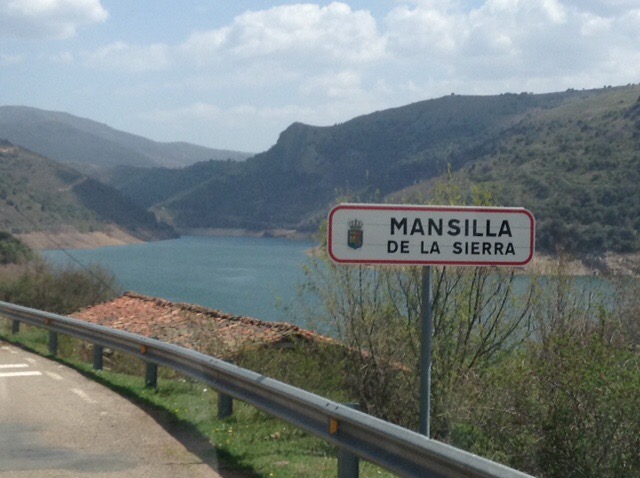 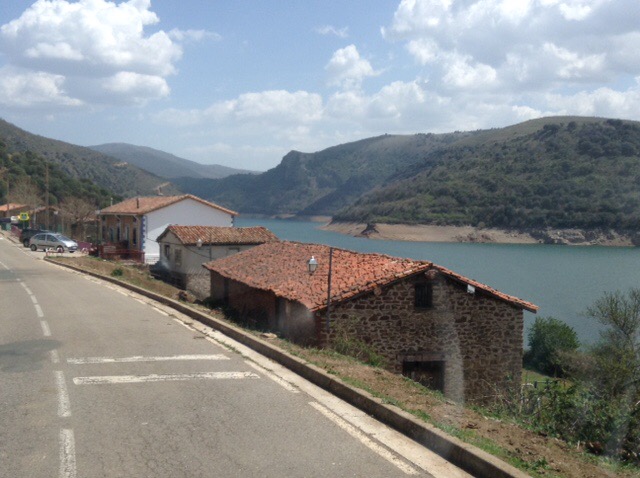 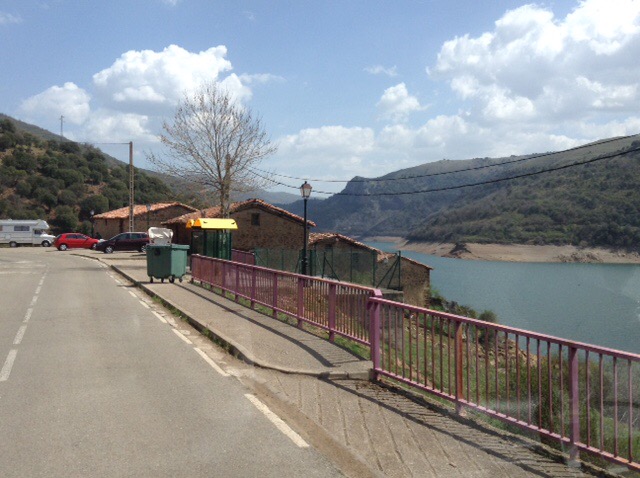 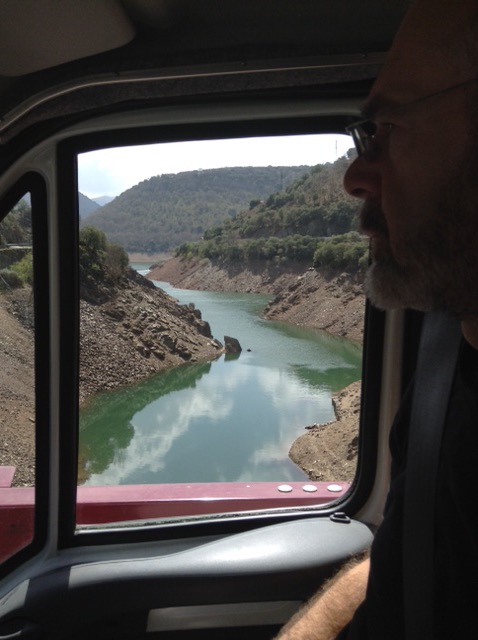 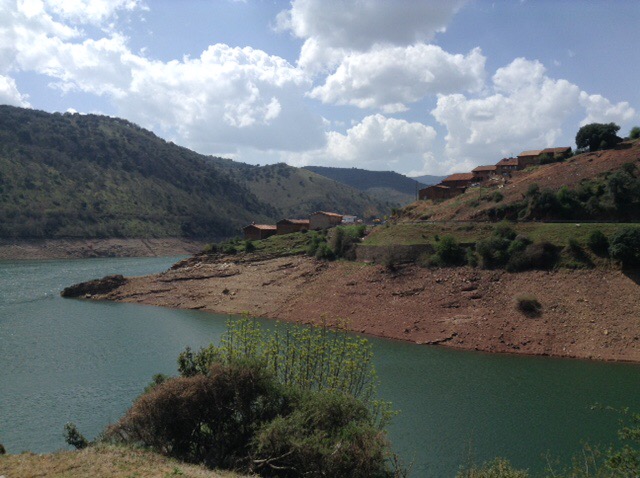 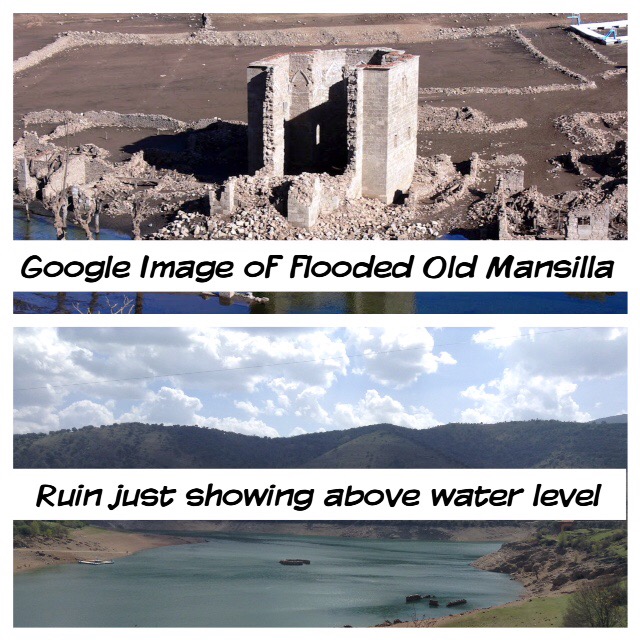 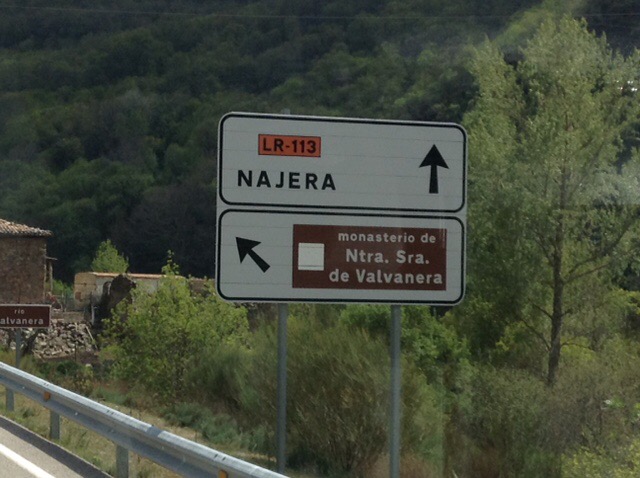 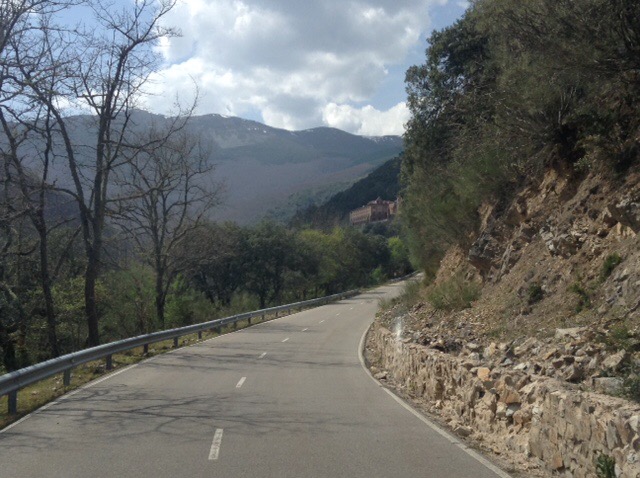 2 thoughts on “From Necropolis to Monastery ”