After Beauvais, I was looking forward to an interesting overnight ovelooking a river in the town of Pont Sainte Maxence, but after a pleasant drive we realised that it was not to be. On a long motorhoming trip in France, particularly in the Summer months, you can almost guarantee that one night the fair or the circus will have arrived in town, and the odds are they will have nicked your overnight spot. Even though we were in the middle of November, Pont Sainte Maxence was having a fair, and our overnighting hopes were dashed.

Having made a quick recce of alternative arrangements I found a very nice spot and we both agreed that it was early enough to drive for another hour to get there. However, a major detour caused by a 2.50 metre height restriction meant that we didn’t arrive until after dark and I think Sophie had almost reached her limit, which wasn’t helped by having to drive past chateaus that she couldn’t photograph due to the lack of light.

Anyway, we made it to the delightful village of Longpont. On arrival Sophie said she thought we’d been there before, but I put her right as this was very unlikely. I was soon eating humble pie though when I realised she was absolutely right.

Just looking at Sophie’s photos reminded me that during our journey a box of eggs must have made an escape attempt. At one point I’d felt an uncomfortable crunching under my accelerator pedal – it actually felt like a snail. On arrival, we discovered 2 loose eggs on the floor, with one scoring a hole in one in the table leg support. Thankfully, the sensation under my foot had been empty egg shells.

I’d read one review of the aire that said it had been the quietest aire they’d ever stayed at. However, despite being a little town in the middle of nowhere, with narrow lanes, there were sporadic drive throughs throughout the night by some very large and noisy trucks, so I can only think they must have stayed over a weekend.

Anyway, despite the odd disruption during the night, it wasn’t a bad spot, and the next day we enjoyed lunch at the local logis. 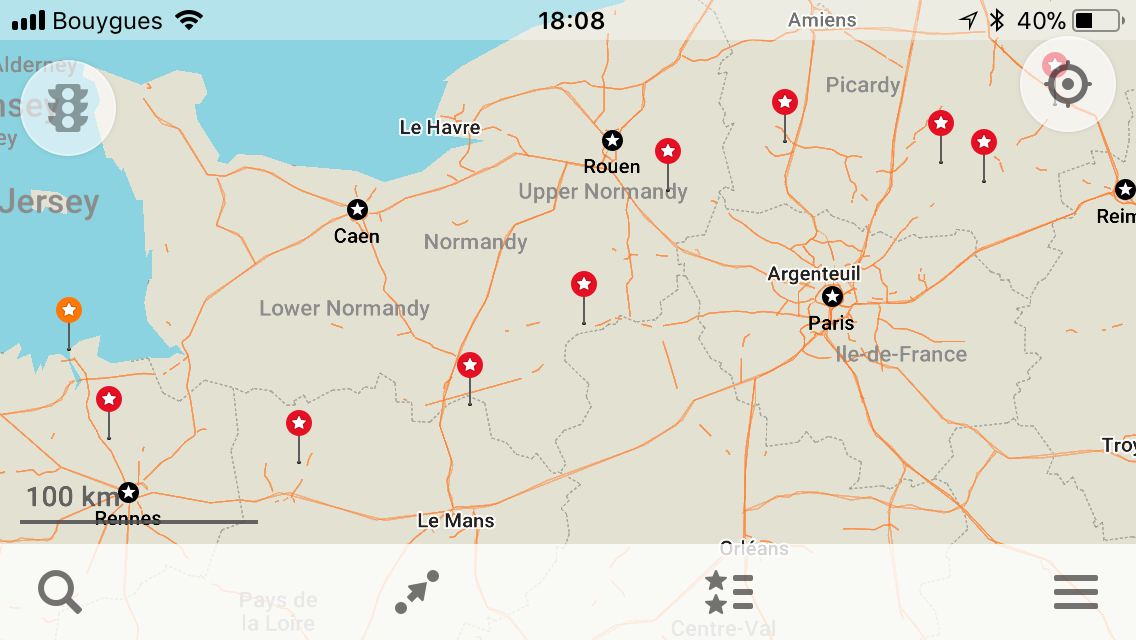 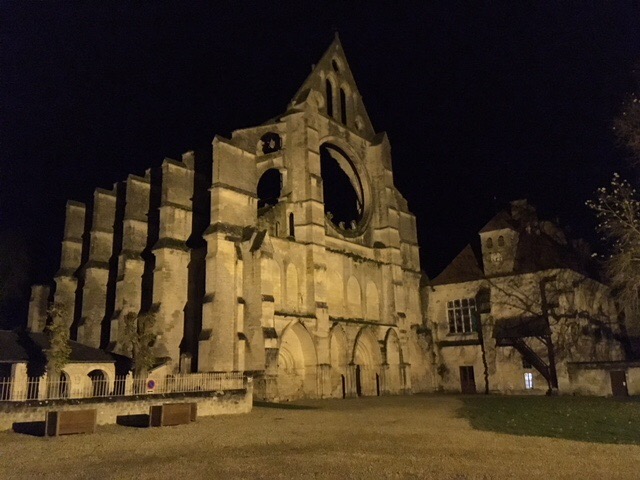 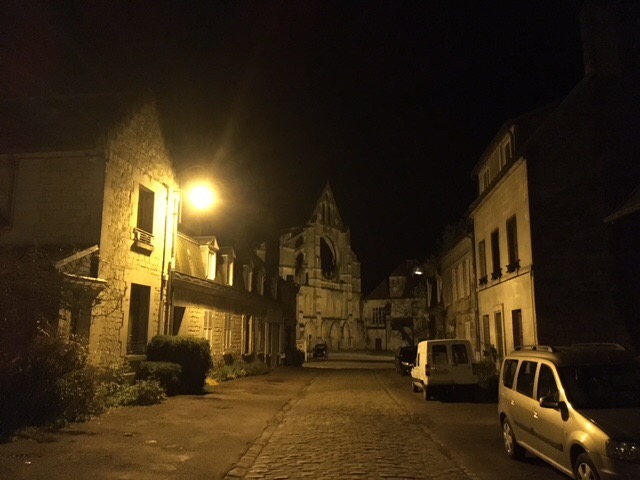 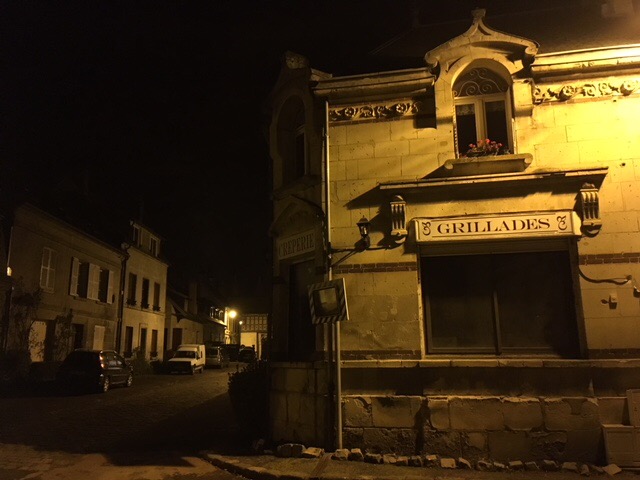 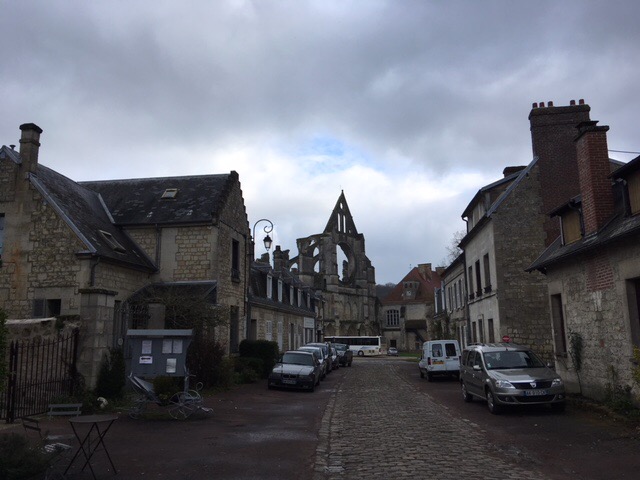 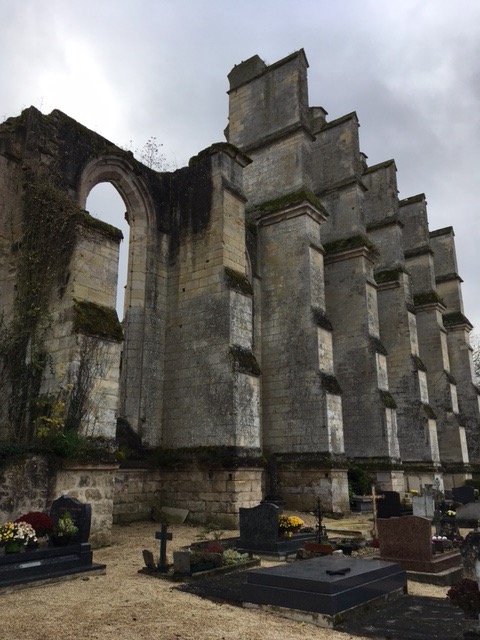 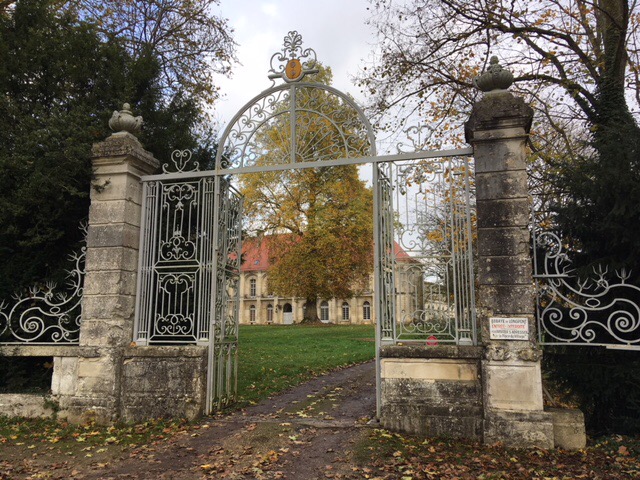