Then the snow returned, but this time looked a bit more menacing, if snow can look menacing. So a lunch stop was postponed as we thought it might be wise to head for civilisation if snow was going to become an issue.

This mountain route, the A1701, is a stunning drive by the way, with breathtaking mountain views round every corner. The little hilltop town of Linares de Mora was particularly spectacular.

Then the sun came out as we headed out of the mountains and down to the plain to Rubelios de Mora. We parked in the Park4night which is a massive open area, and only a few paces from this attractive town. So, after finally getting my jaws around that bread and cheese, whilst at the same time planning our escape route to that world that had petrol stations and supermarkets, we took a stroll into town, which was very pleasant. I should also mention for the record that Sophie had half my cheese, but I’ll get my reward on the scales in the morning. 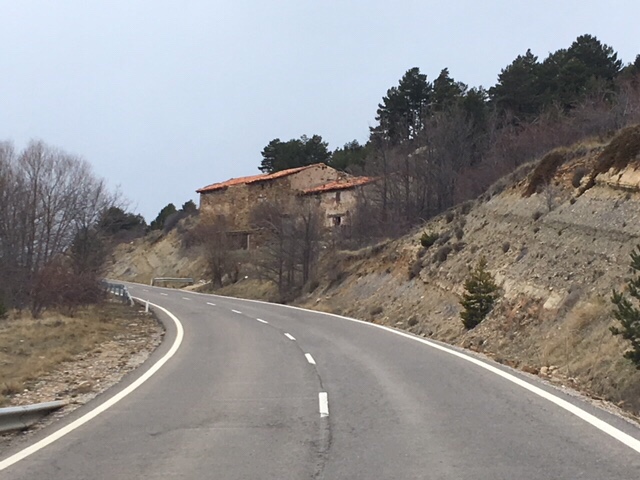 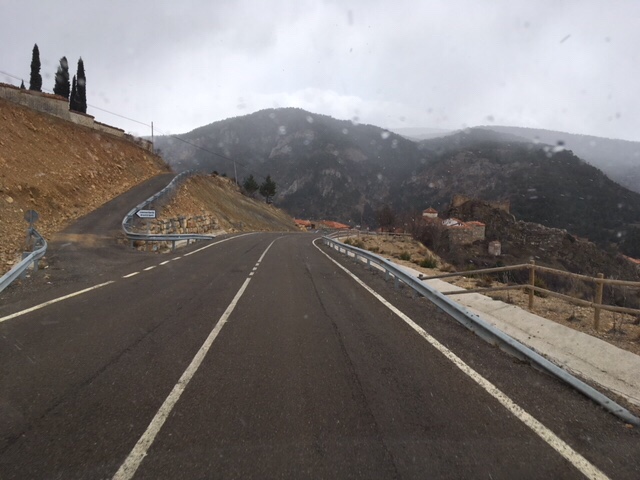 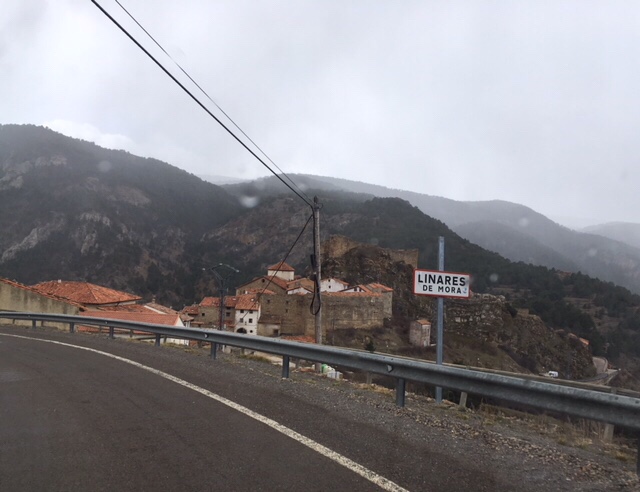 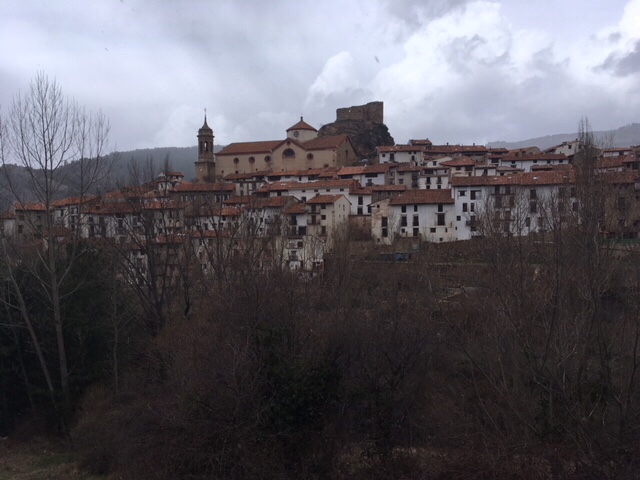 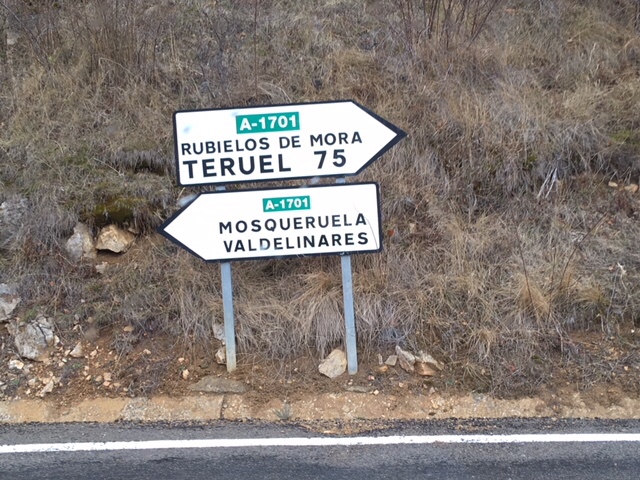 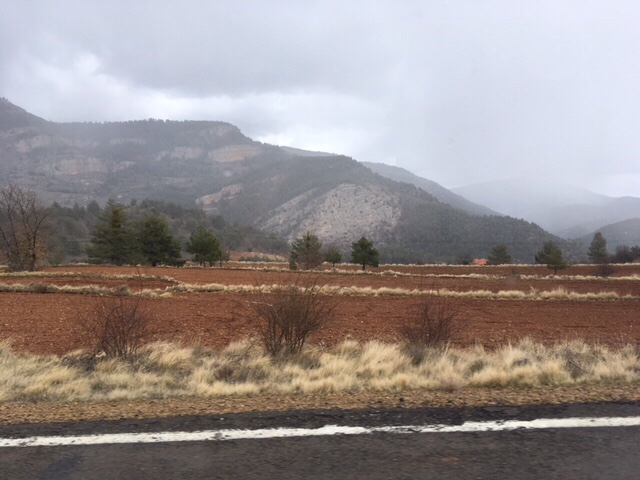 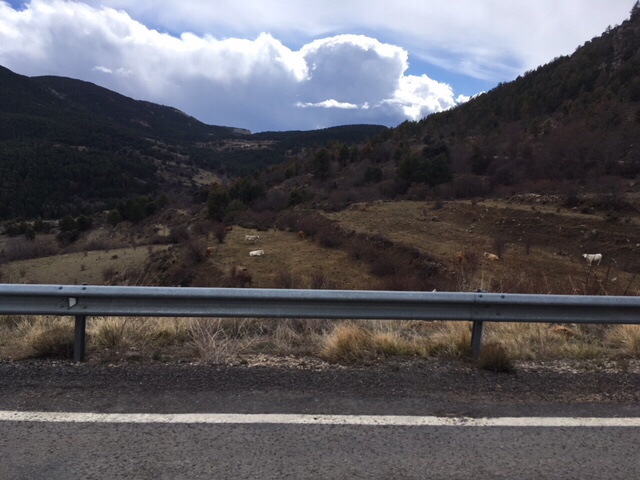 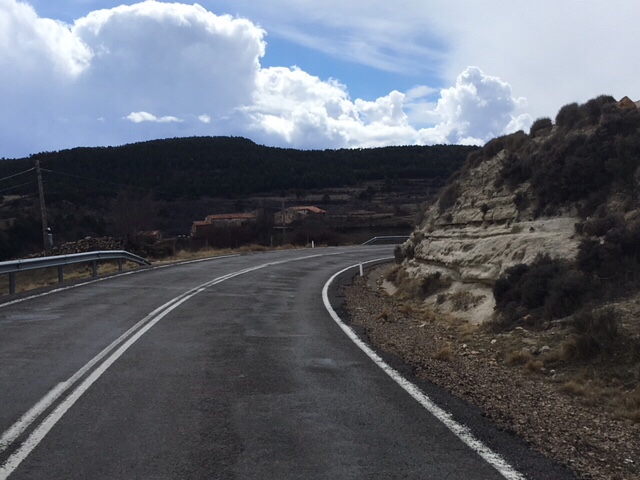 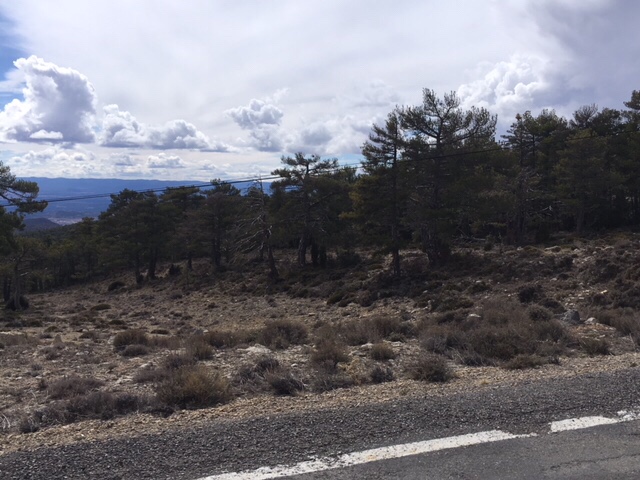 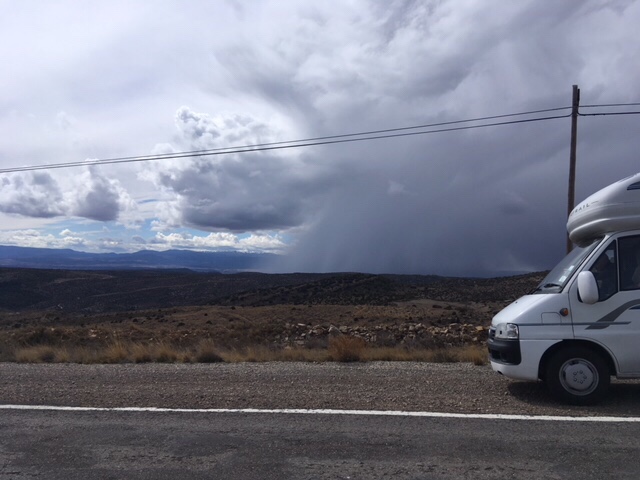 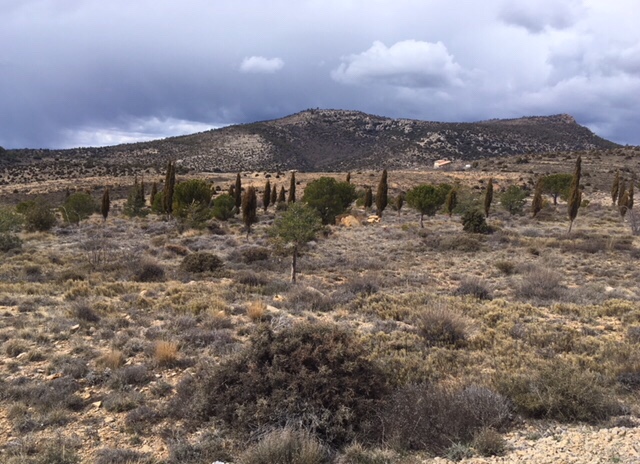 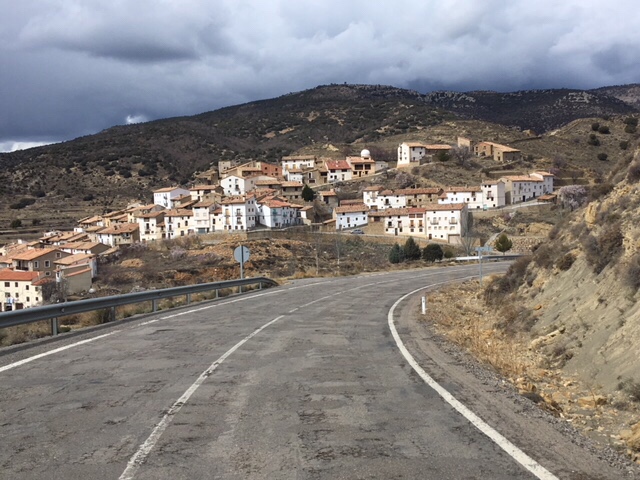 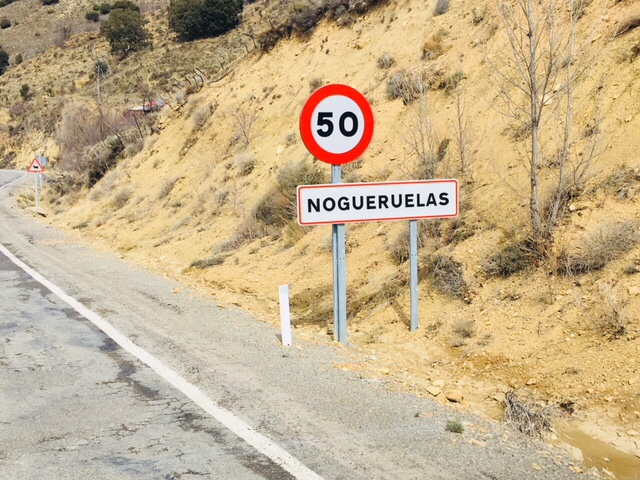 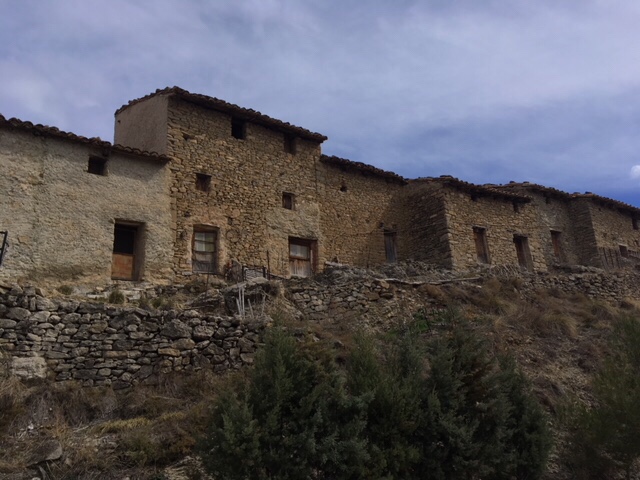 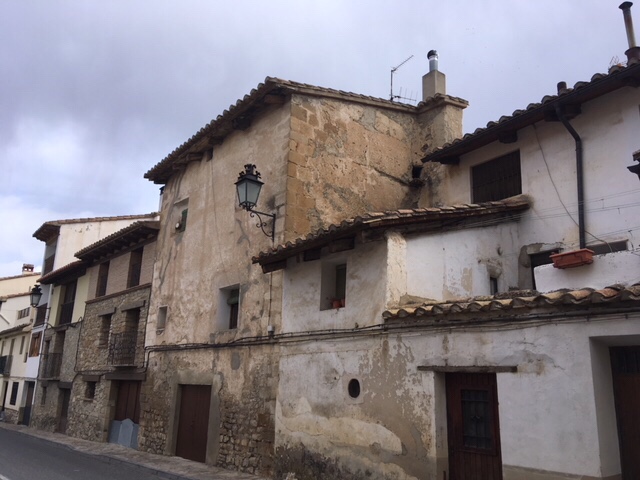 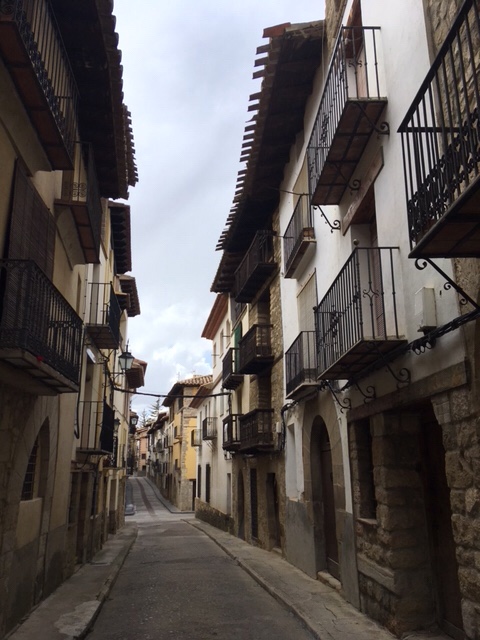 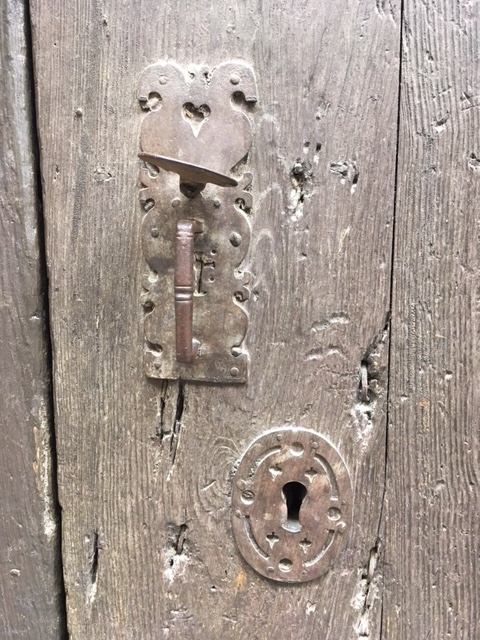 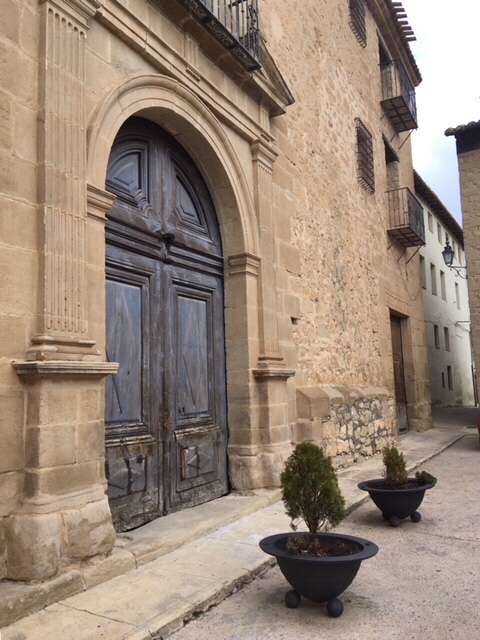 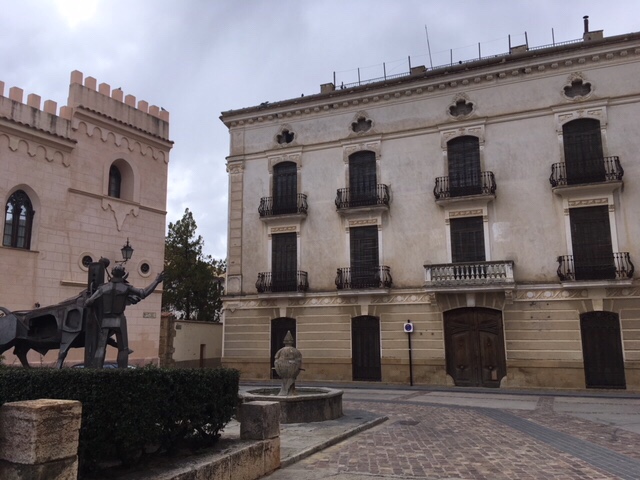 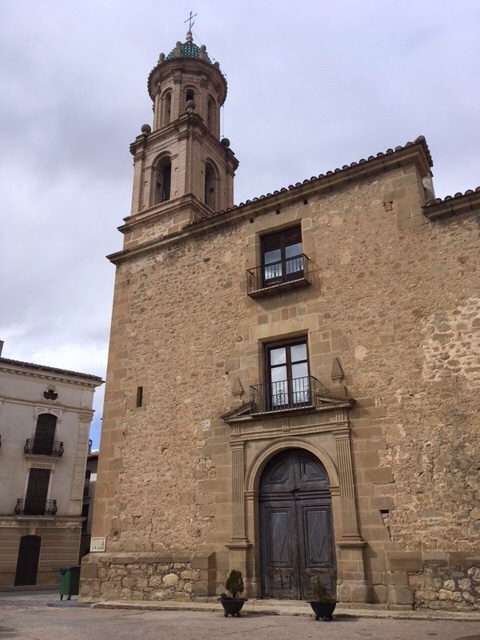 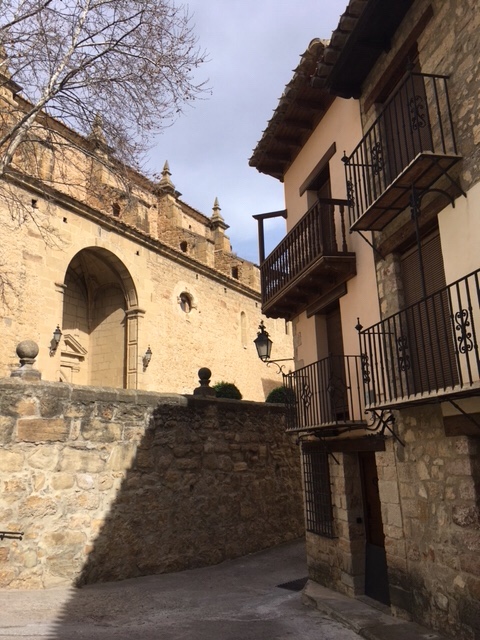 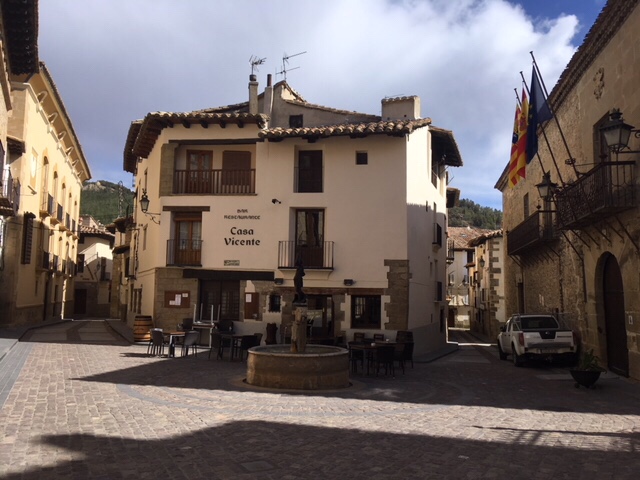 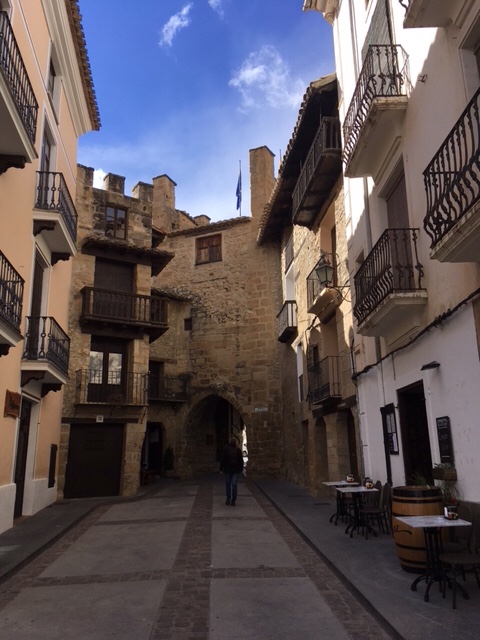