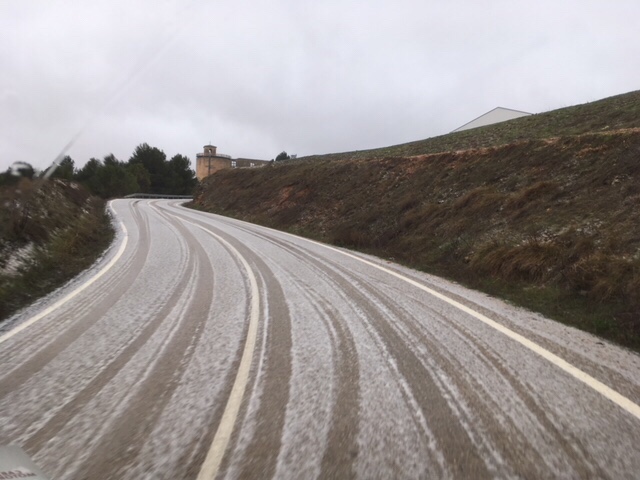 Another very quiet night at the Torrebaja aire, followed by a busy morning for me. We left about midday and decided to make a big push South West. Having just finished an official Backroads Spain route, we were now “off piste”, en route to the next offering from the book.

The weather soon turned nasty, with snow a regular companion along the way and temperatures getting as low as +1C, as we willed it up ultimately to a max of 4C. Very picturesque as always, but we reckoned the further we drove surely the temperature had to rise.

We took a detour into the larger town of Cuenca, where by now it was just torrential rain, rather than snow. We took refuge in their Lidl, and imagined what delicacies we would need if we were snowed in for a prolonged period. So we filled our respective baskets with cakes, cava, cheese, bread, pasta, ice cream etc and then headed back into the deluge.

An hour later we’d arrived at the very small village of Castillo de Garcimuñoz, where there was an aire below the castle walls. This came with the facilities you’d expect, and we found it via Park4night, as it didn’t feature in our aires book.

What did surprise us was that there was snow on the roads and covering the ground, which was something we hadn’t seen all day, despite the persistency of the snow showers. So we hunkered down with a couple of other motorhomes, and another surprise was recognising a Belgian van we’d parked next to a week ago, over 250 miles back. They’d gone East to the coast in the meantime, whilst we explored the mountains. So that was something of a coincidence.

Anyway, they came round for drinks that evening and we kept warm with their very lovely Belgian beers.

Next morning we didn’t expect all the snow outside, and it was particularly cold. We then had a return match with our new Belgian friends, Jos & Jolanda. We seem to have loads in common, not least our senses of humour, which is an unusual find for us ;). We demolished their Spanish dried sausage and Danish crackers, & enjoyed coffee, until the snow looked like it might be threatening again, at which point we decided to continue in our South Westerly direction.

By this time, the temperature was down to 2C, but the very strong winds must have brought the temperature down significantly from that. I went outside to top up with water and very soon lost the feeling in my fingers. 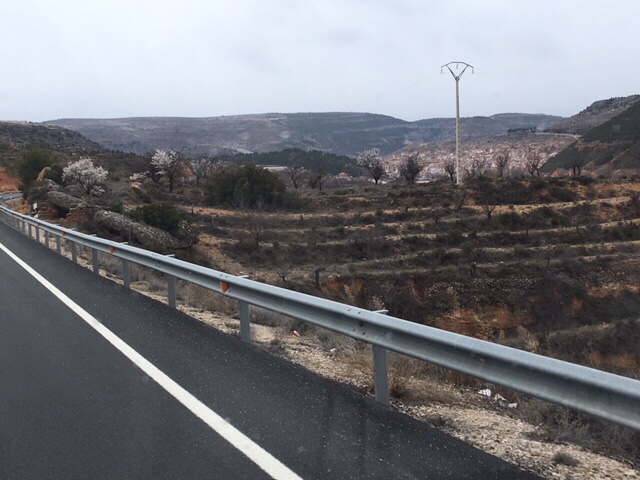 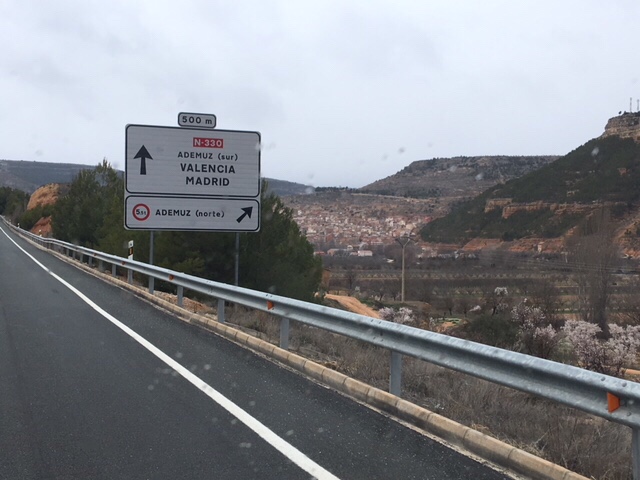 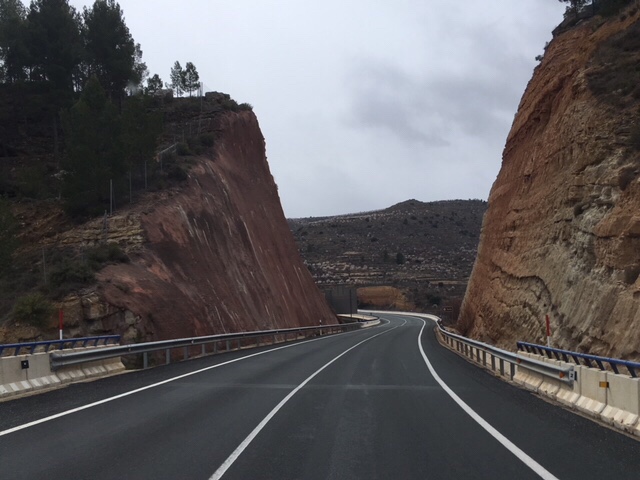 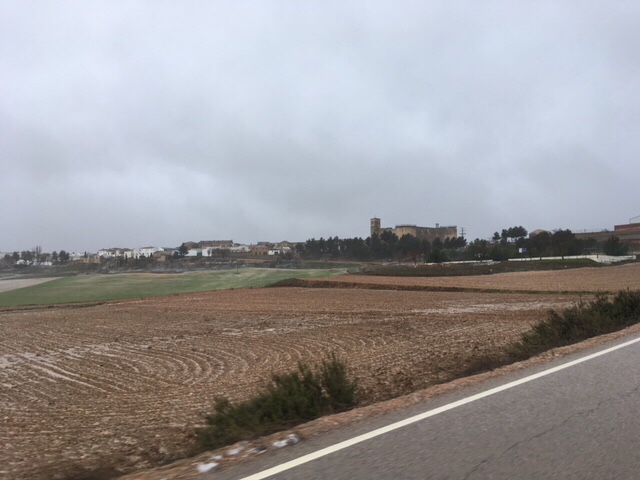 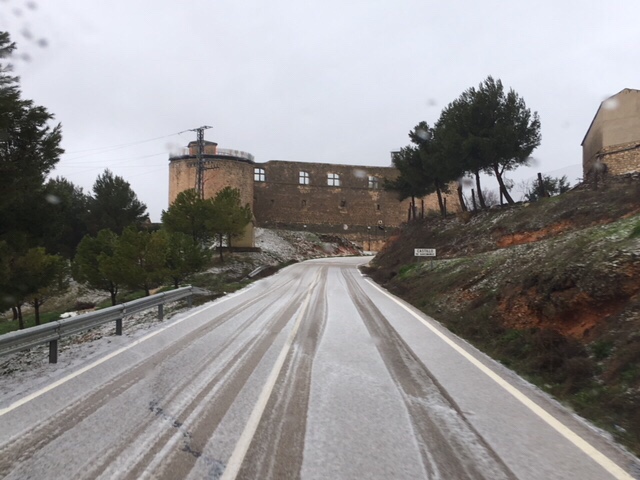 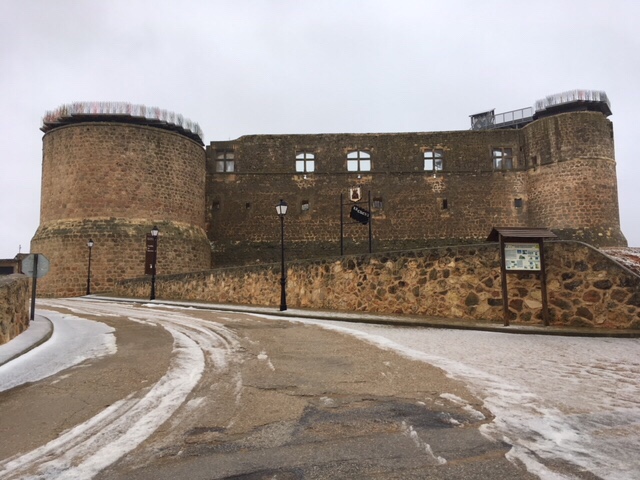 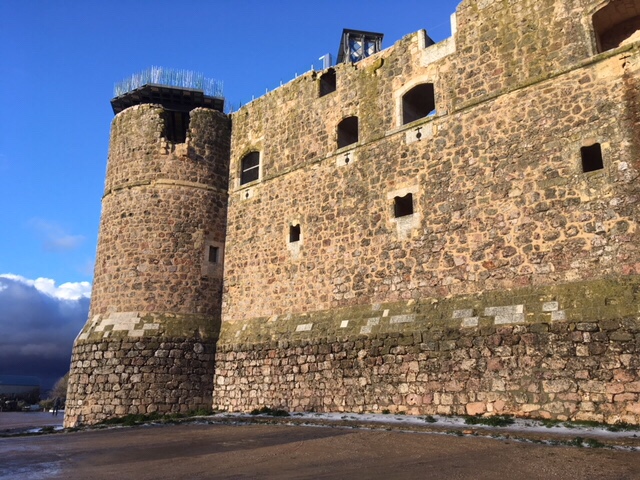 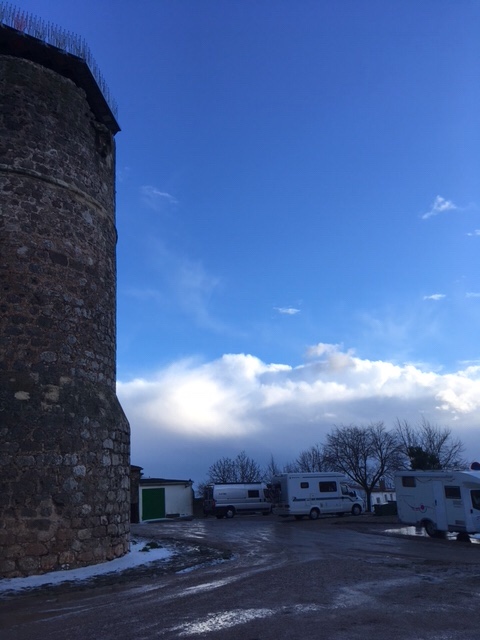 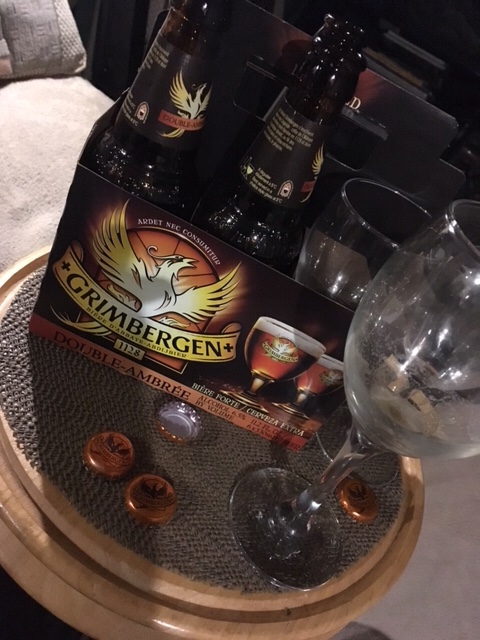 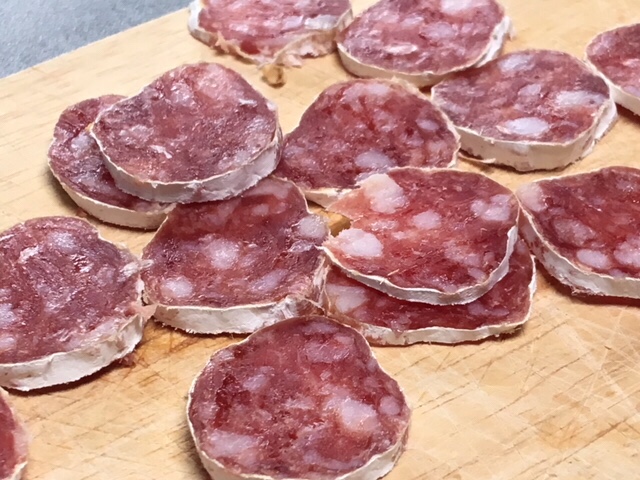