Today was promising to be the warmest so far. To put that into context, we’ve been in Spain and Portugal for over six weeks, and it has yet to make it over 20C. Even then, the breeze made it touch and go as to whether a jumper was needed, but I stuck with the T-shirt as I sat out on a bench near the beach to update the blog.

First objective of the day was Peniche, a mecca for all surfers, I understand. The beaches were bigged up in our (Sophie’s) reading about the place and they really did not disappoint at all. It’s not hard to see why this is such a popular surfing centre.

As we drove round the Peniche peninsular, heading for the lighthouse, what we hadn’t been prepared for were the amazing cliff formations and remarkably massive waves that consistently sent spray above the cliffs, which were a long way up. We made several stops along the way to walk along and watch the huge breakers. One section also contained fossils everywhere, which is something we don’t see from where we come from, so that was really interesting.

Another section consisted of rock stacks that appeared like giant irregular Jenga blocks at precipitous angles, ready to fall at any moment. At the lighthouse itself, a walk around there soon reminded us how tall the cliffs were and how enormous the waves were. Back home we have some big seas and surf, but we’ve seen nothing like this before.

Our route out took us past the surfing hot spot of Baleal, where there’s great parking and views. Reviews suggest it’s too much of a party place, with its restaurants and bars, to expect a good night’s sleep. 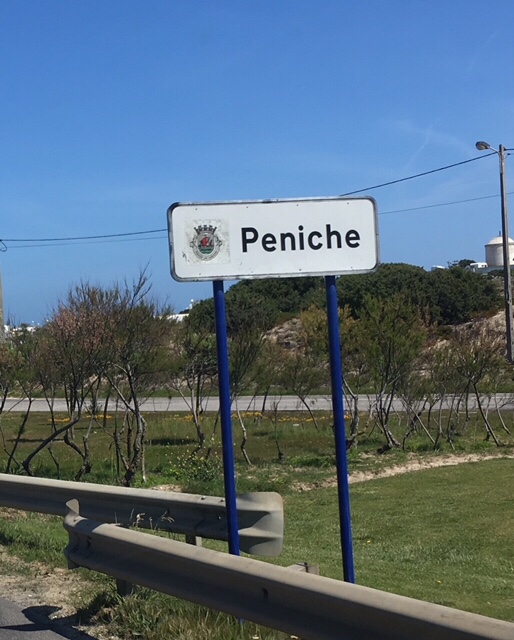 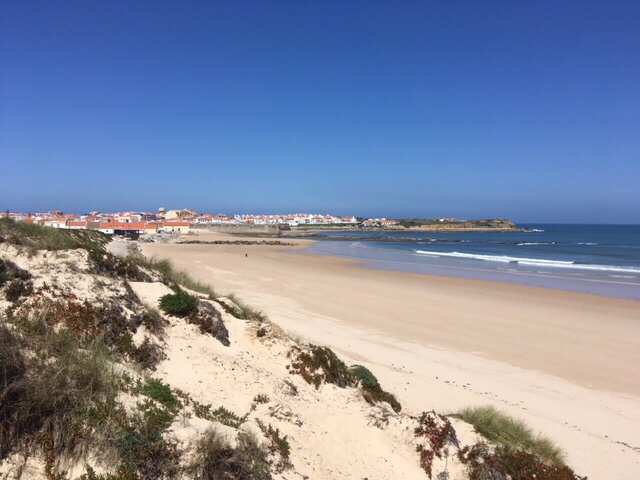 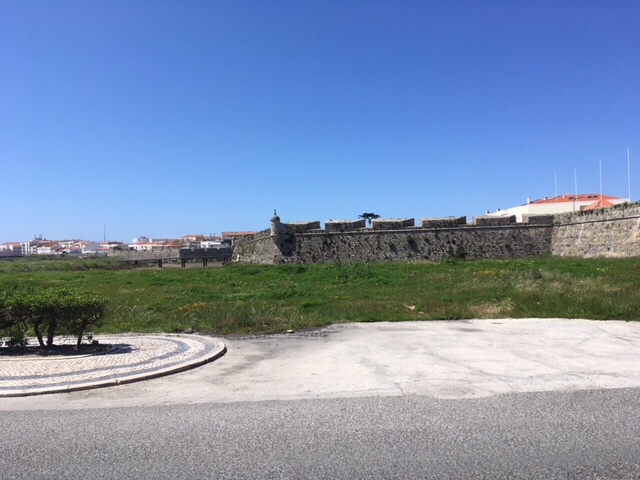 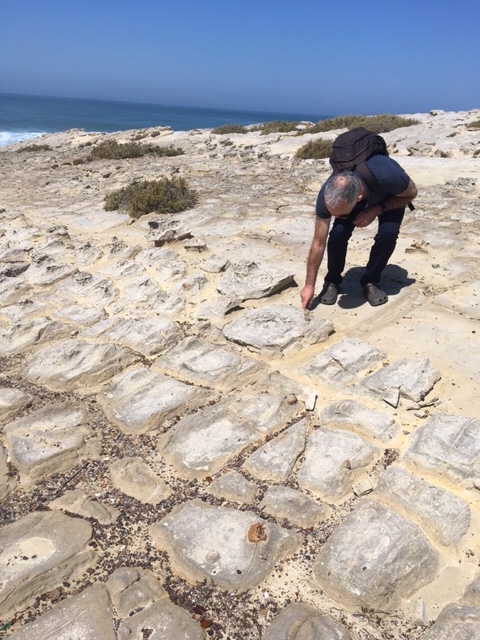 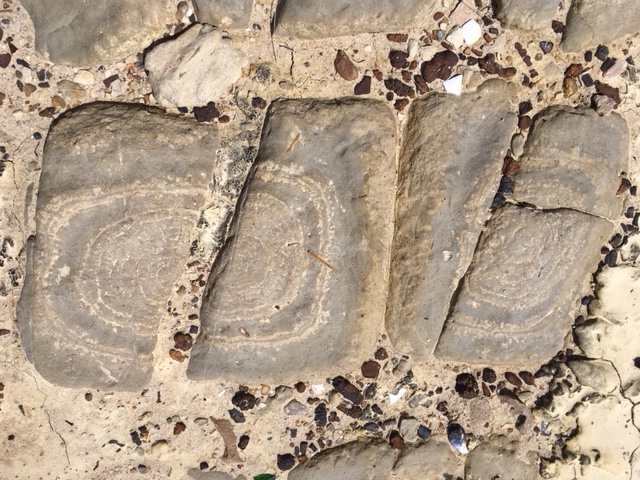 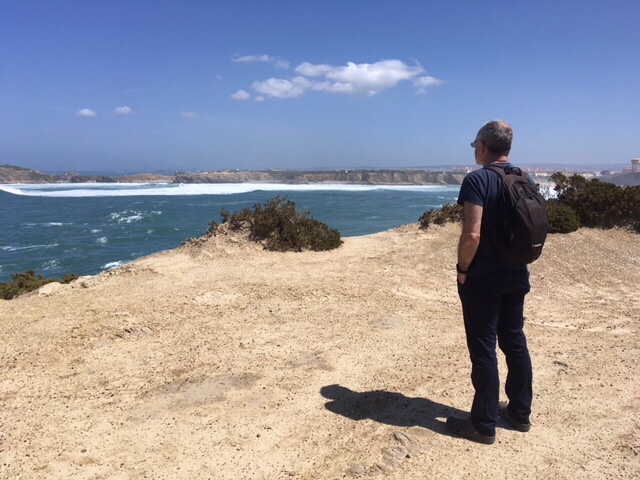 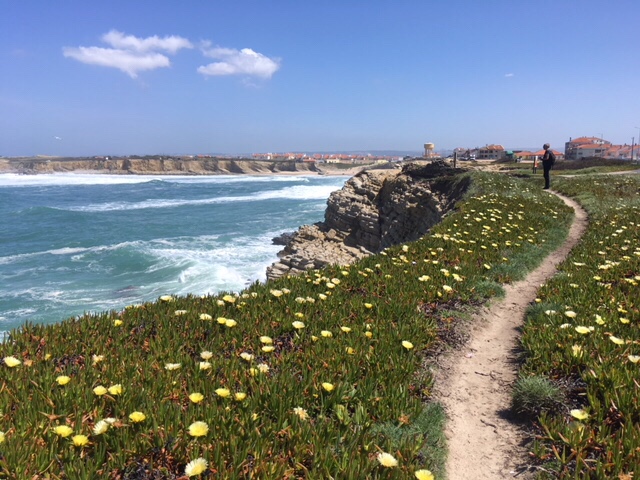 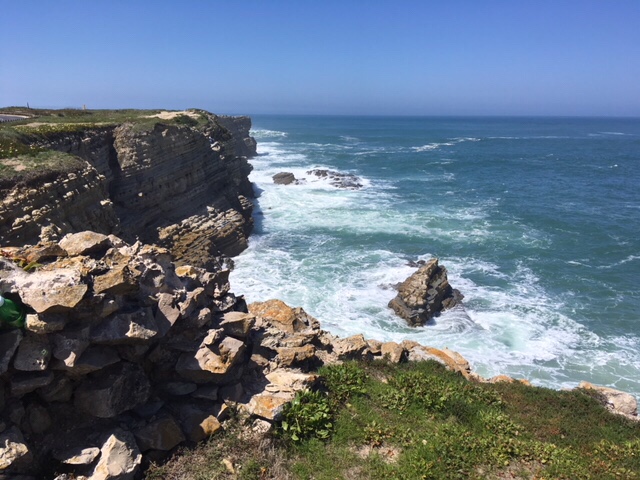 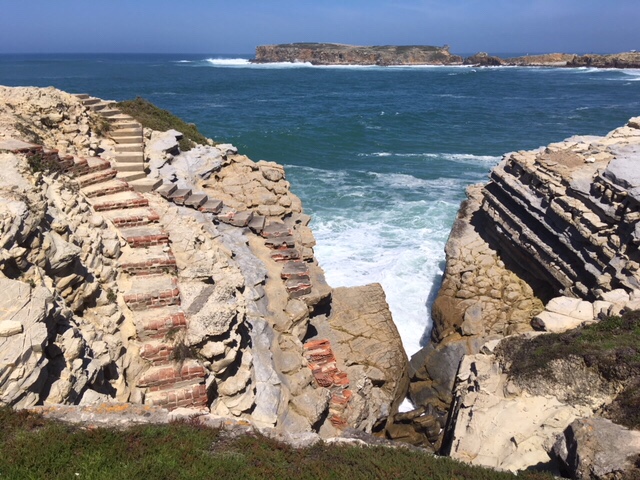 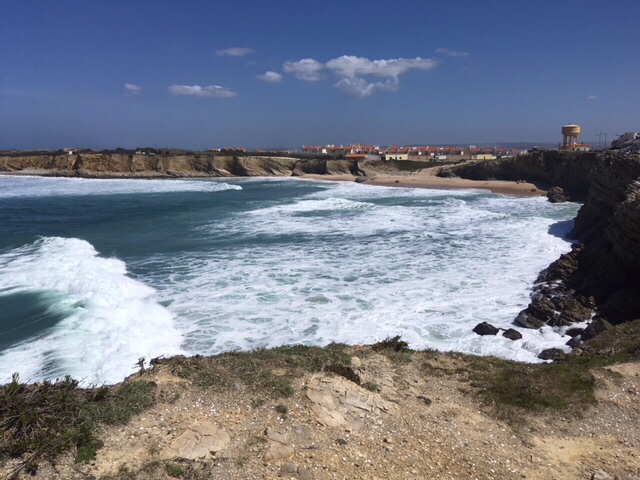 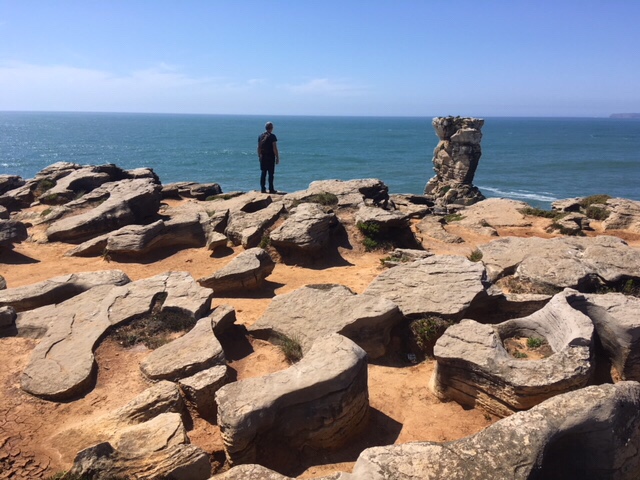 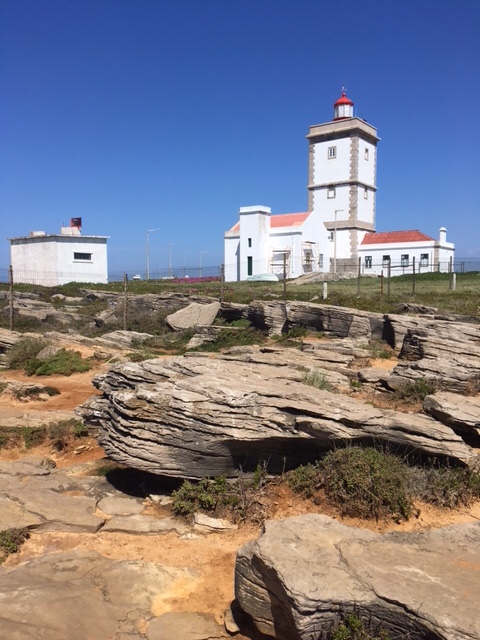 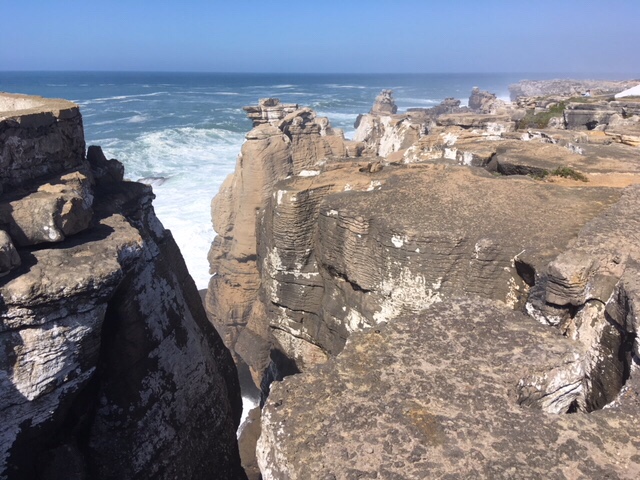 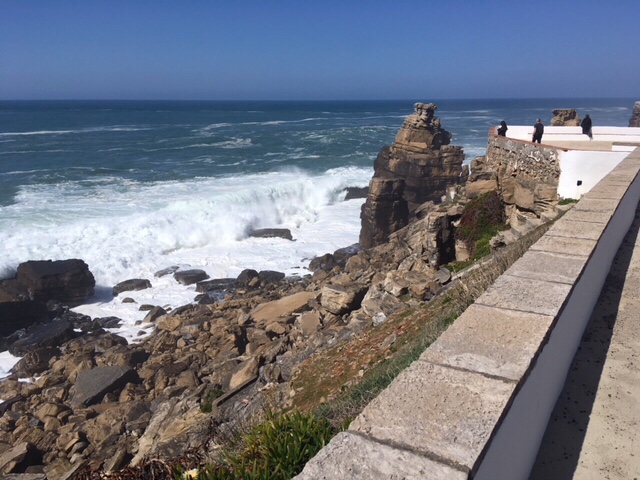 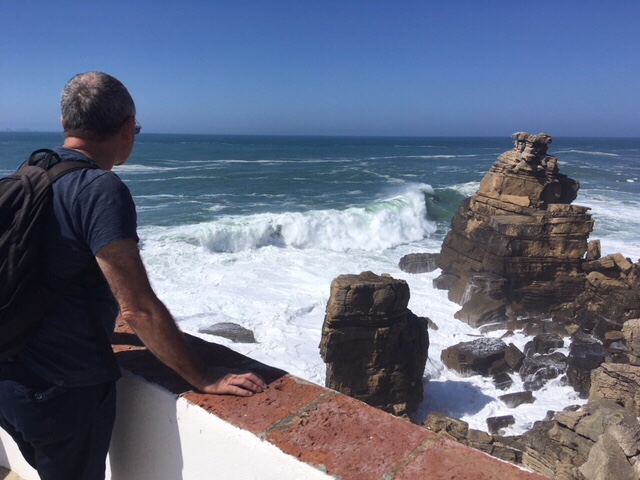 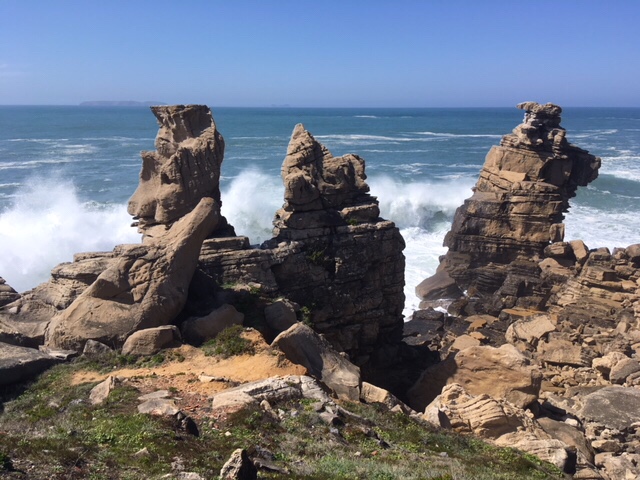 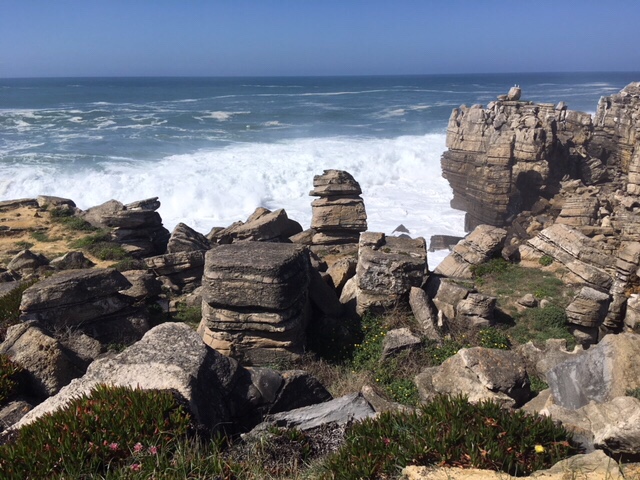 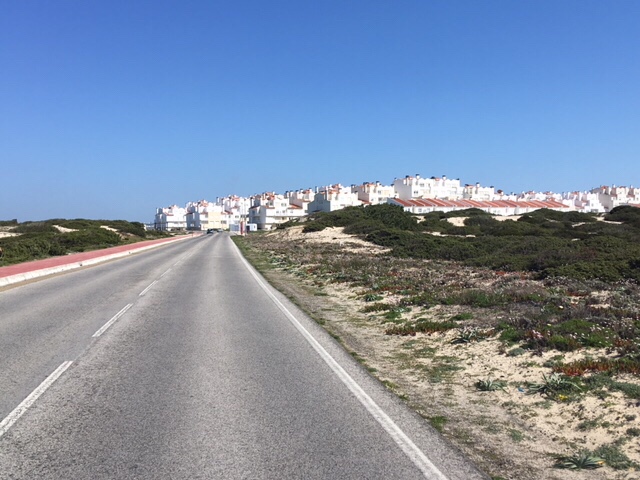 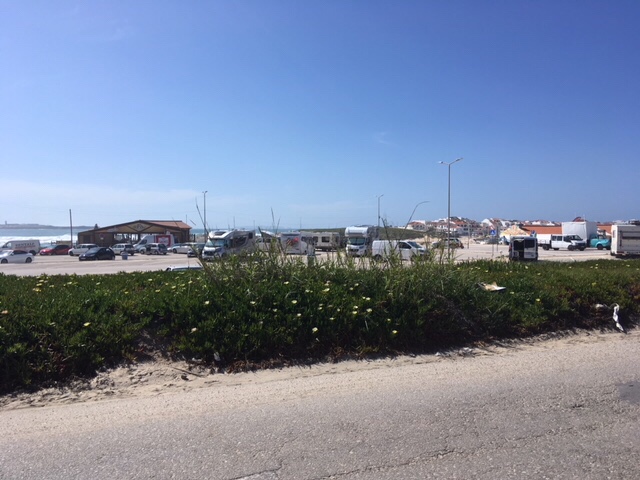 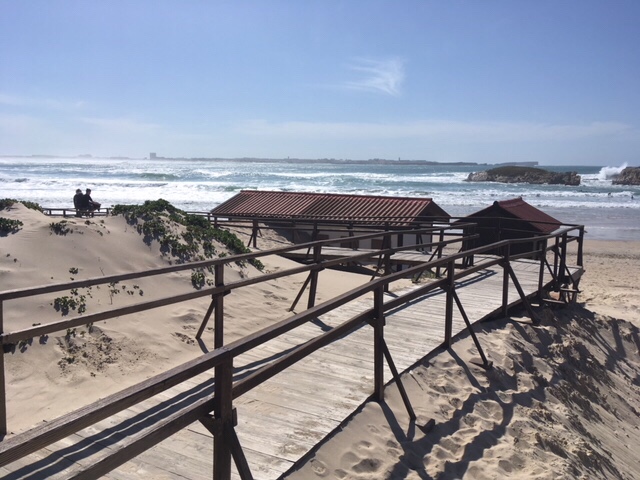 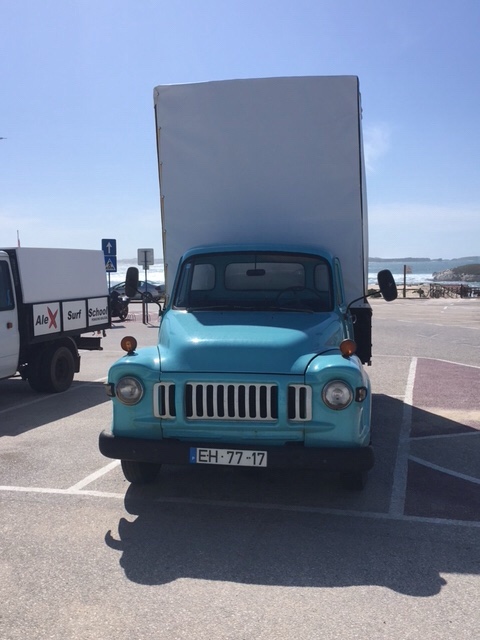 One thought on “Praia de Aeria Branca (Lourinha) to Peniche”