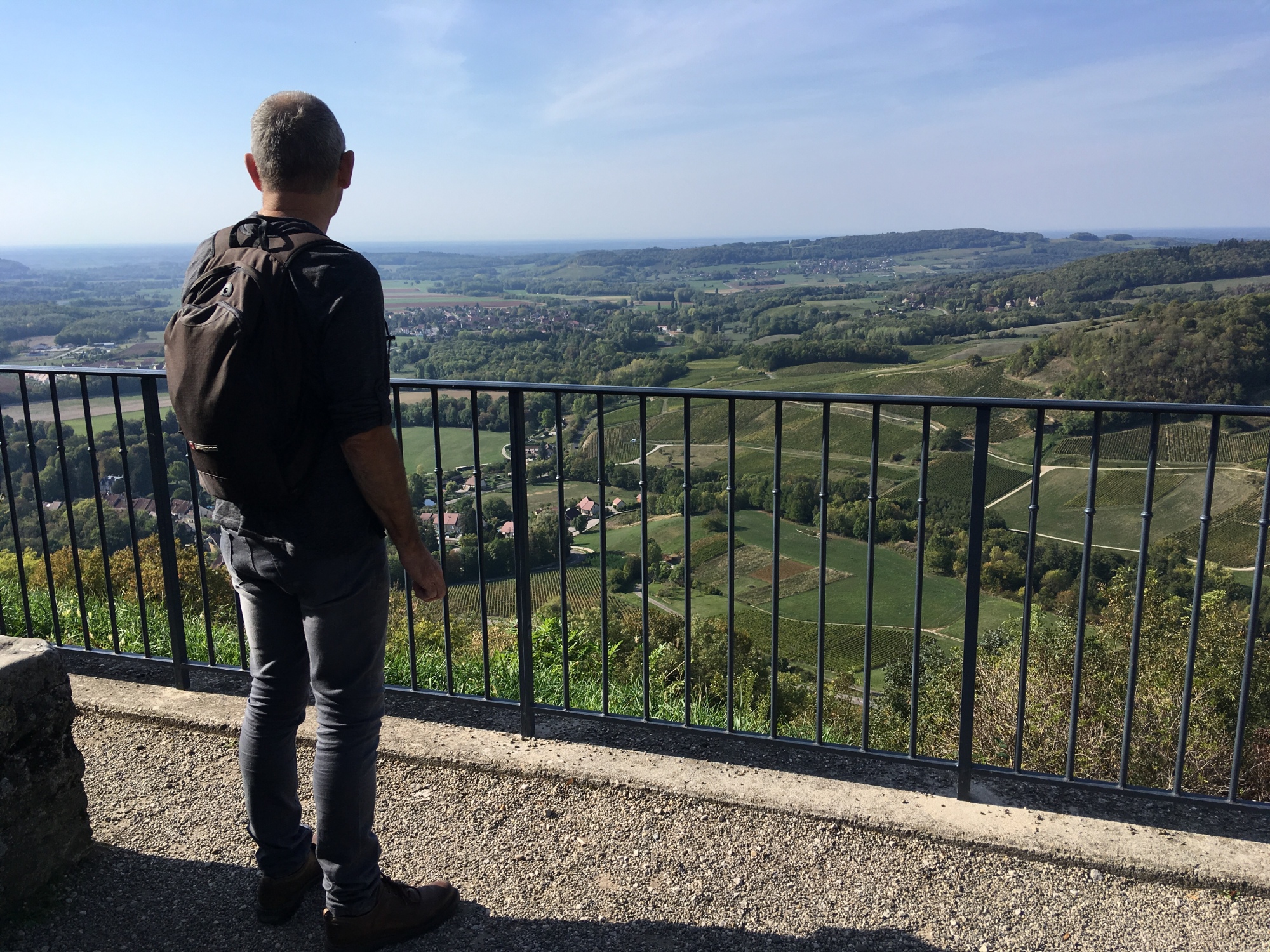 As is often the case, I set a route today that took in a few local sights, and also some necessary “waypoints”, to drive through/past, but more functional and often just there to adjust our course. I had Château Chalon down as such a waypoint, which had the bonus that it would enable Sophie to photograph yet another chateau in ruins, but it would have to be a drive past photo shoot. Fortunately, this didn’t go to plan.

Some of the best places are those you come across completely by surprise, and this was one of them. I’m generally suspicious of towns with the word “chateau “ in their names, because in many cases it’s a con and the chateau is merely a memory, and long gone. Whilst Chateau-Chalon’s chateau remains were quite modest, the rest of this small beautiful hill-top town made up for it in character and views, so if you’re ever in the area, do pop in.

After this great stop, and lovely drive afterwards, much of the rest of the day was more functional, involving Lidl, diesel, toilet emptying etc in Lons-le-Saunier. Then came the daily bit of fun we have popping in to our potential overnighting locations. Today we pretty much hit the jackpot at first attempt.

Following a climb up a narrow and unlikely road we reached the small village of Publy, where I knew there were two possibilities for us. First one was on a large patch of grass next to a picnic area. This was next to the “main” road and right in the village, but it was very quiet and not at all hemmed in.

Knowing Sophie’s exacting criteria for a stop even to be considered acceptable by her, I reckoned option two would be more up her street. This was in an elevated area between some trees and next to the church. An amazing spot, and we sat on a bench and watched the sun setting over the distant hills with a glass of wine. Very beautiful, but the church bells felt like they were making our ears bleed. I did a quick tally up of the potential hazard to our hearing that would occur at midnight: 4 ding-dongs to tell us it was on the hour, followed by 12 further dongs, and then, just in case we’d missed the previous 20 clangs, there’d be a further 12 dongs. Plus we’d be guaranteed bells every 15 minutes. So off we drove to our lovely picnic area, where the bells were still audible, as they’d be for some distance in the neighbouring towns, but less intense. That being said, I happened to have a restless night, and pretty much heard most of the bells. 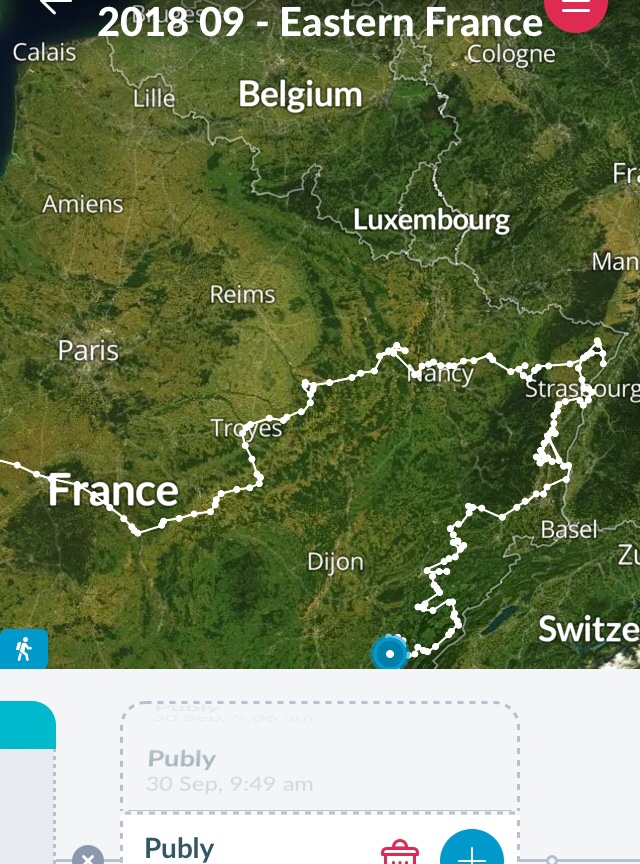 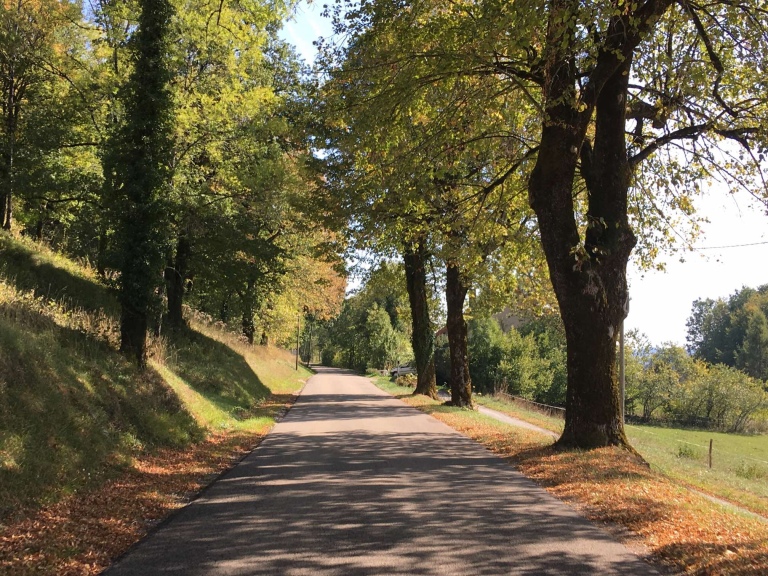 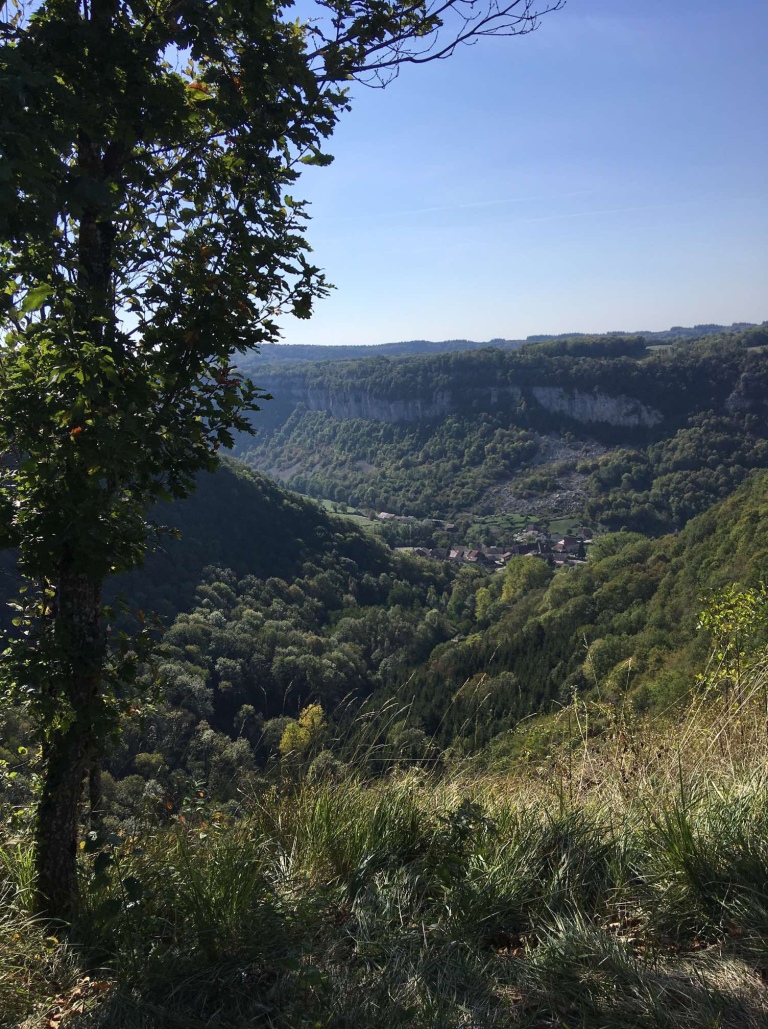 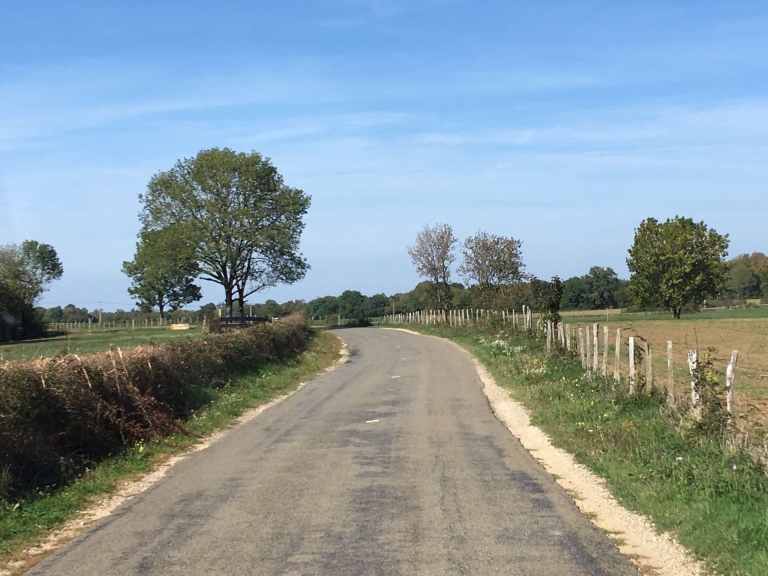 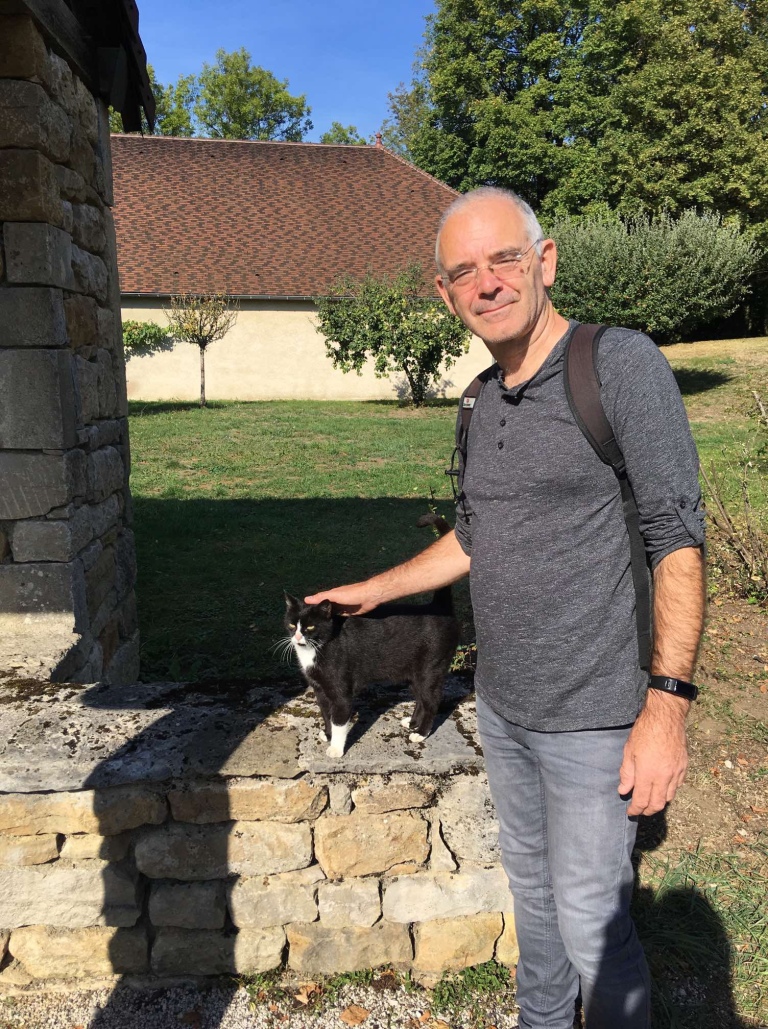 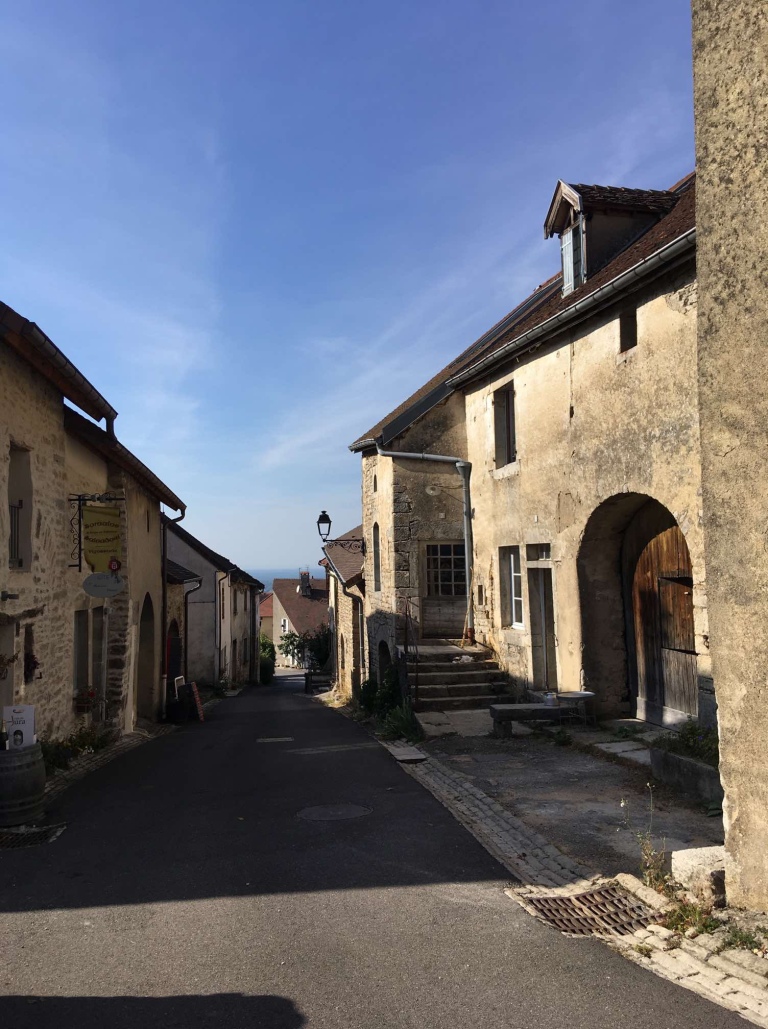 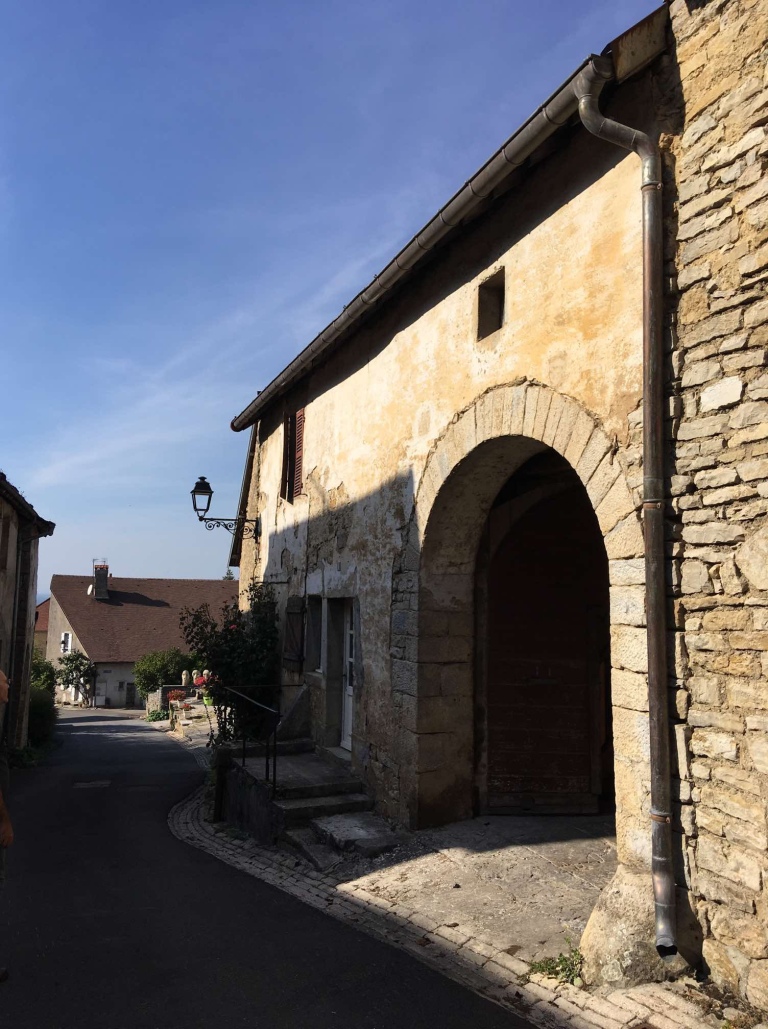 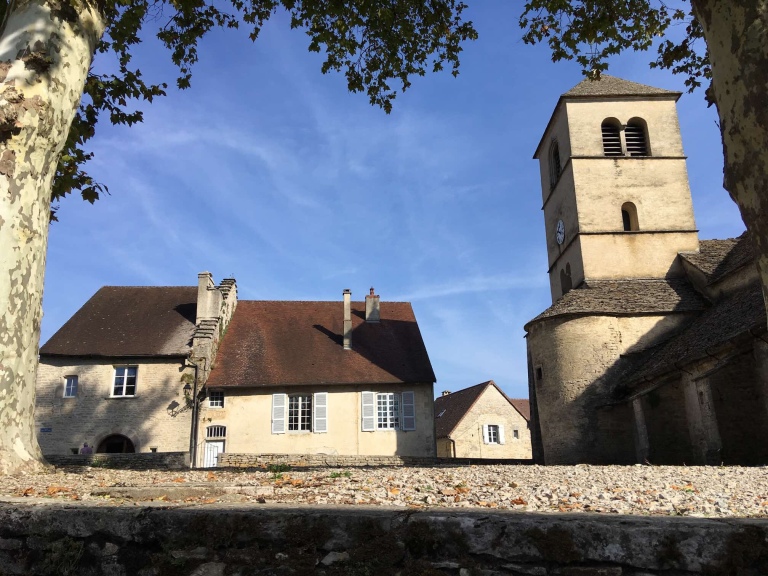 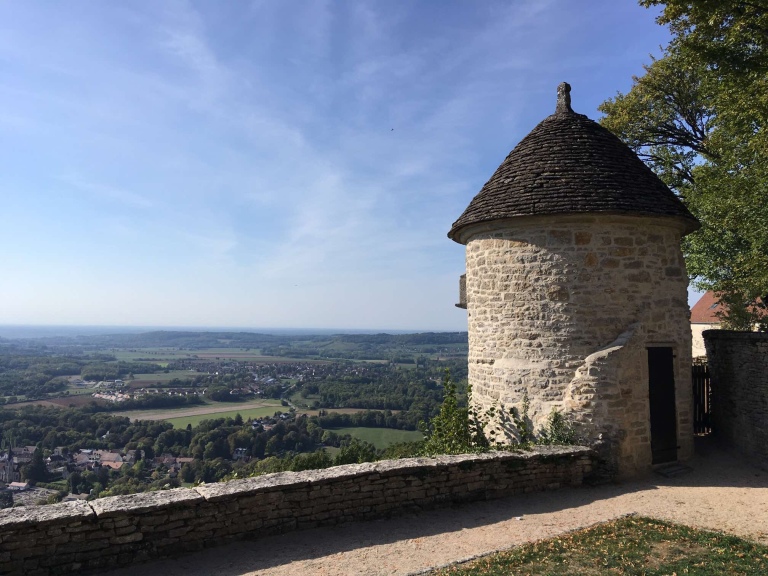 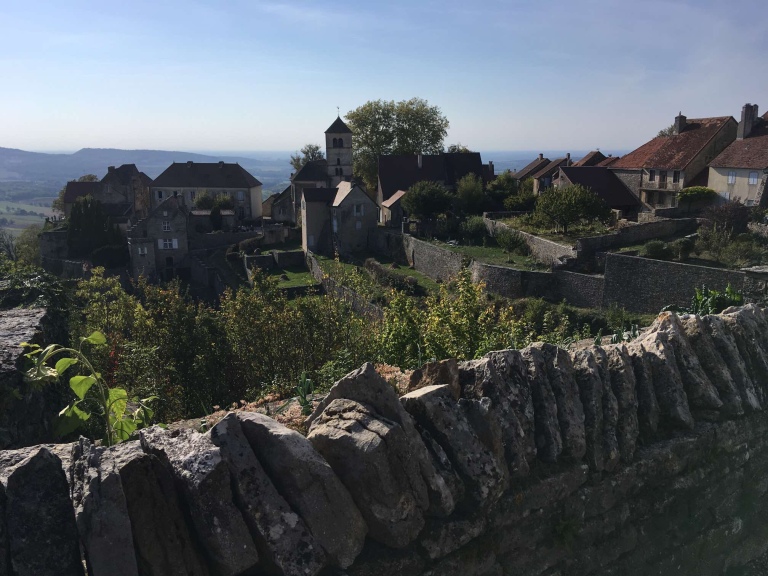 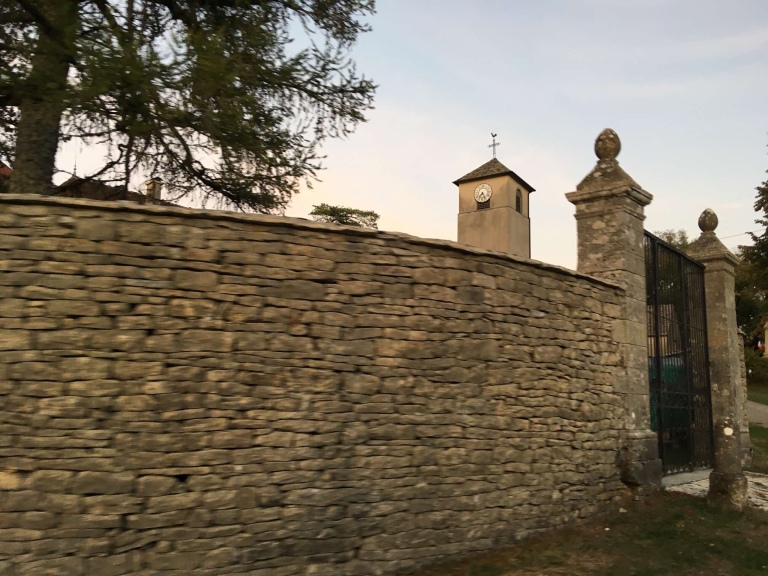 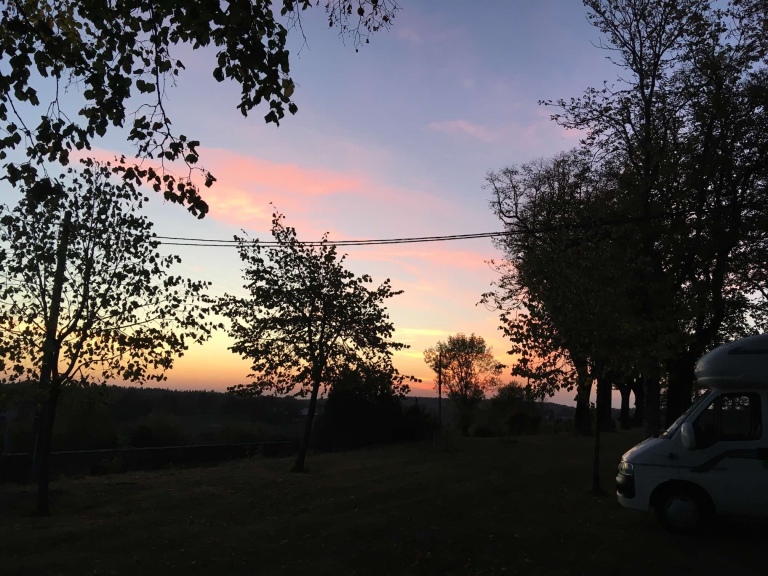 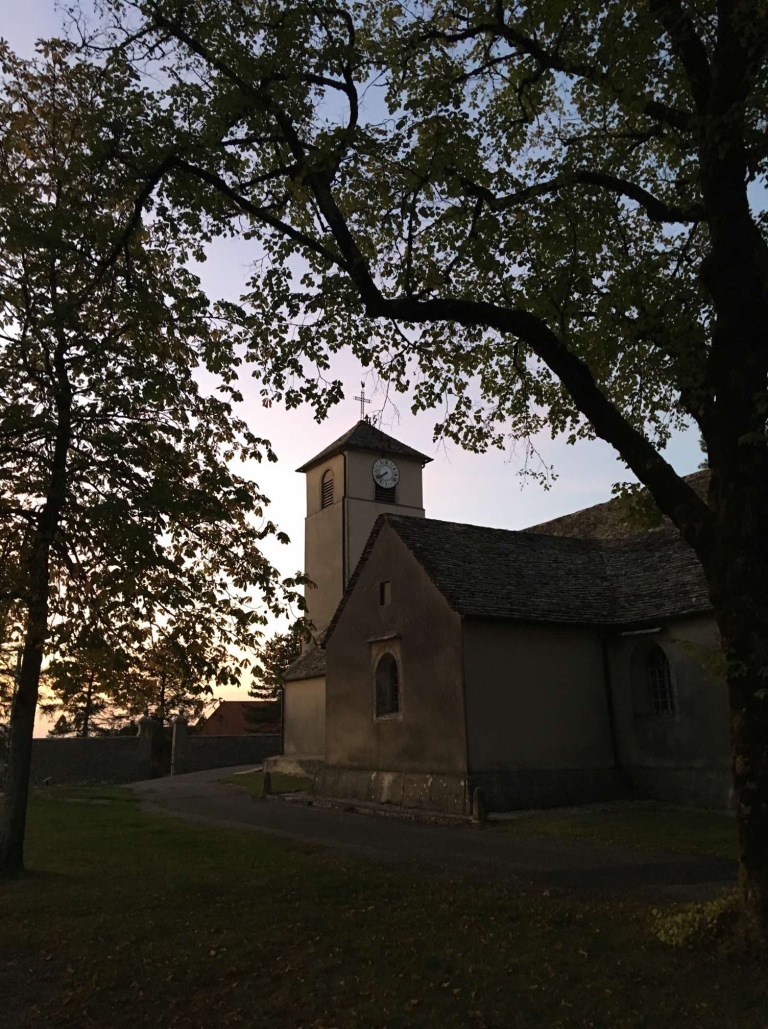