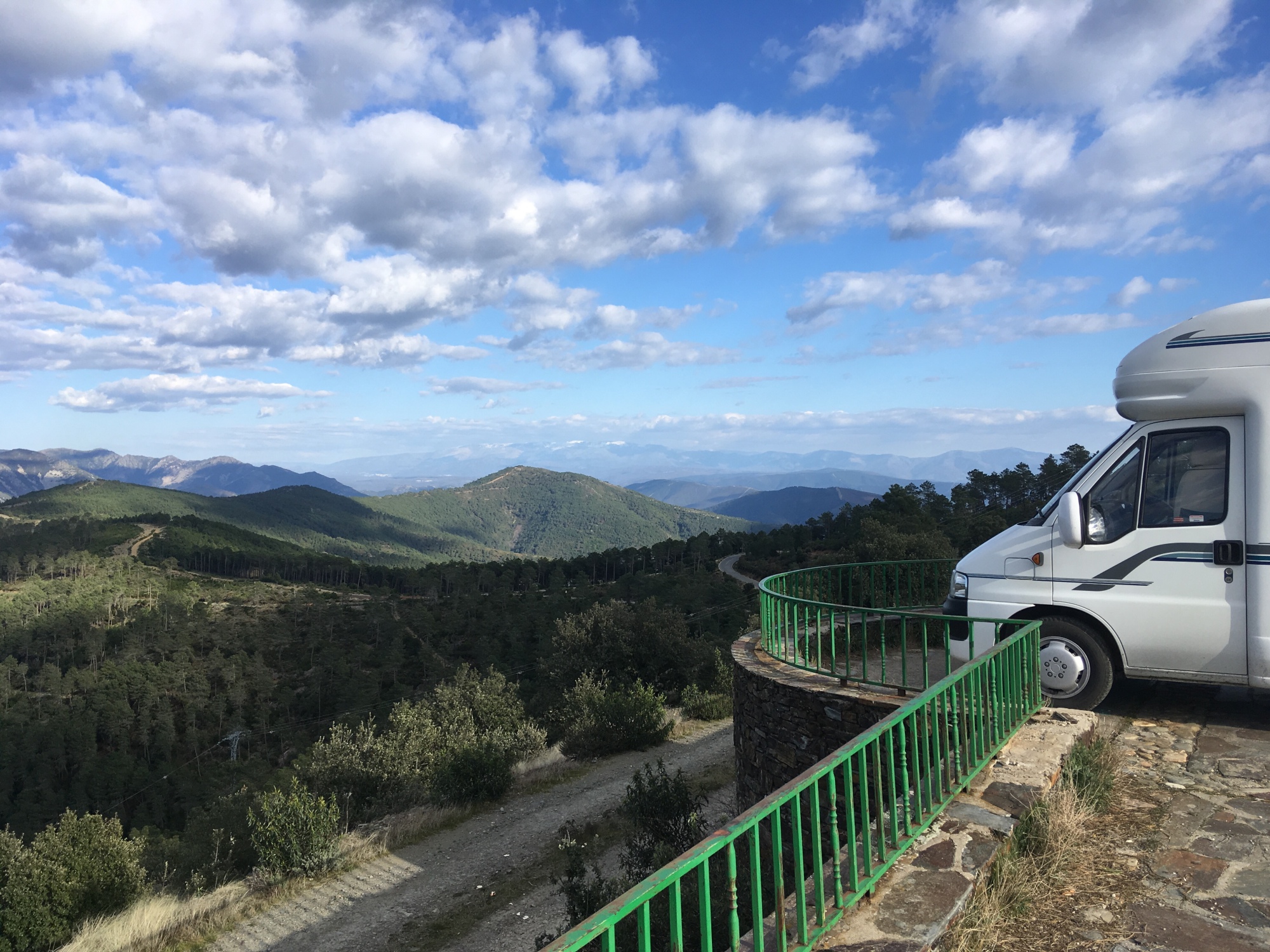 Just a couple of neighbours, and it wasn’t too cold a night after all. In our experience, towns recommended in DK Books’ Back Roads Spain are usually worth a visit. La Alberca did not disappoint at all, and combined with good motorhome parking and services, this very attractive medieval town comes recommended by us too, and we can be a bit fussy 😉.

We bought an obligatory loaf in a local panaderia, where the smell of baking bread was amazing, and the loaf still warm. After using all the motorhome facilities we headed off with Ciudad Rodrigo as our main objective of the day. This larger town is the last visit of the Back Roads Spain Drive 14.

En route we stopped for a brief lunch break and demolished that very lovely loaf. I was going to save some for later, but that look in Sophie’s eye told me that if I didn’t eat it all now, it wouldn’t last till later.

Today would also be one where we topped up our LPG and diesel. I could see from my SatNav that on the road leading to Ciudad Rodrigo we could get gas. After a bit of fiddling with both my Spanish adapters I eventually managed to fill up. We last topped up 5 days ago and today there was only room for just under 8.5 litres, which is exactly half a tank, and cost €5.75. So for roughly £1 a day, during some of the coldest outdoor night temperatures we’ve experienced, we’ve been using our heating, all night on a couple of occasions, our water heating, our cooking facilities (hob, grill, and oven) and when parked have permanently had the fridge on gas.

Using my GasOil app I could see that further down the road there was diesel at €1.18, which was better than the €1.26 at the Repsol fuel station where I’d bought my gas. As it happened, a few hundred metres before my planned bargain fill-up we passed a garage selling it at €1.159. Excellent.

Whenever we approach the visit to a larger town, we know it can go one of two ways. It can be so busy, and parking so difficult that we settle on a drive through and are usually relieved that we had an excuse not to visit. The other option is great parking, very easy access, and a very successful visit. Ciudad Rodrigo, a town just a stone’s throw from the Portuguese border, was the latter. Great parking courtesy of Park4night, just across from this lovely fortified town. Great old buildings, intriguing back streets, and impressive views from the city walls. We’d definitely recommend a visit.

Having finished Drive 14, it was time to head for the start of Drive 15: “Roman Ruins and Unspoilt Lansdcapes” – Trujillo to Las Hurdes, only we’ll be doing it in reverse as we’re still trying to head South.

After only about half an hour of driving along some great country roads we were near Casares de las Hurdes, which I can see on the map for Drive 15. One thing we enjoyed seeing en route on a couple of occasions, was plenty of free-range grey/brown pigs rooting around the trees. This is such a very rare sight, where the only evidence of pig farming tends to be those unpleasant long buildings, where the smell gives you a good idea as to what’s happening in there. So some happy pigs, which was great.

I’d read on Park4night that there was a spot on a mountain pass that promised much in the way of views. Only the last few km were a little narrow, but nothing really problematic. The road was a proper tarmac road and the little trees either side gave a good sense of security. We then came upon the spot. Loggers had been hard at work up here recently because all their tree trunks were neatly piled up. The place is actually a mirador, or viewing point, so I jogged up to the viewing platform and realised that we could drive up here and turn and park easily.

I have to say that our 360 degree mountain views are arguably the most spectacular we have ever had in all our years. I thought Sophie would balk at the thought of driving in first gear up the rocky track, but she was really up for it, and the rewards spectacular. Everyone will need to make their own judgement as to whether they drive up to the platform itself, but it is truly incredible up here. No neighbours expected. 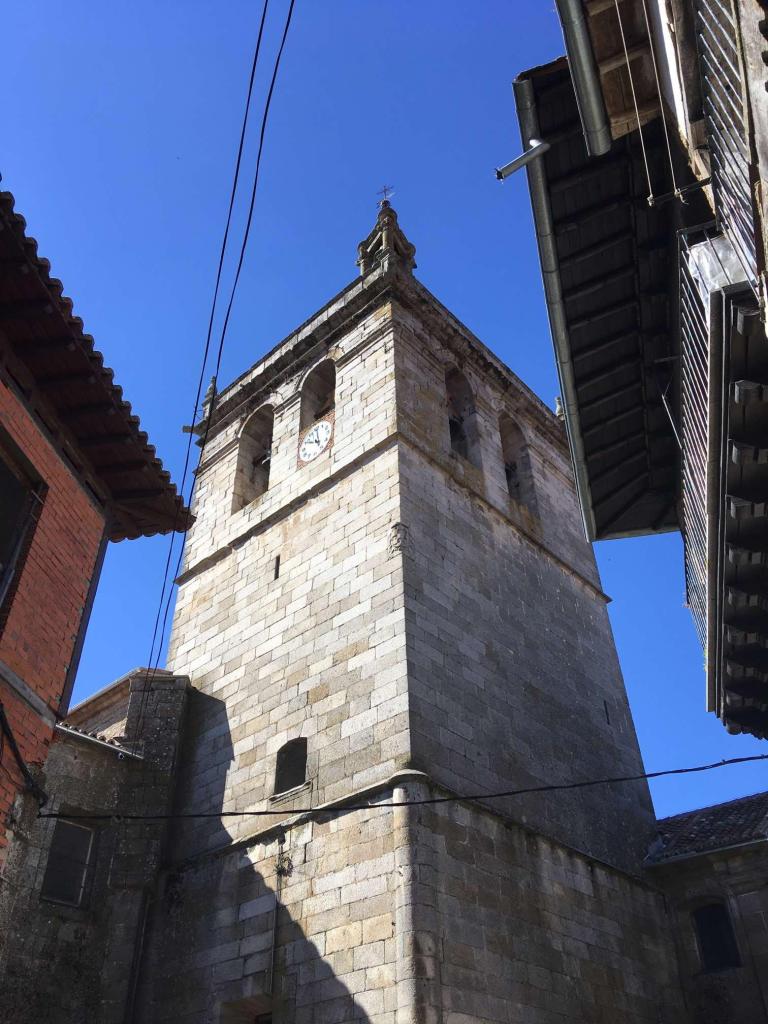 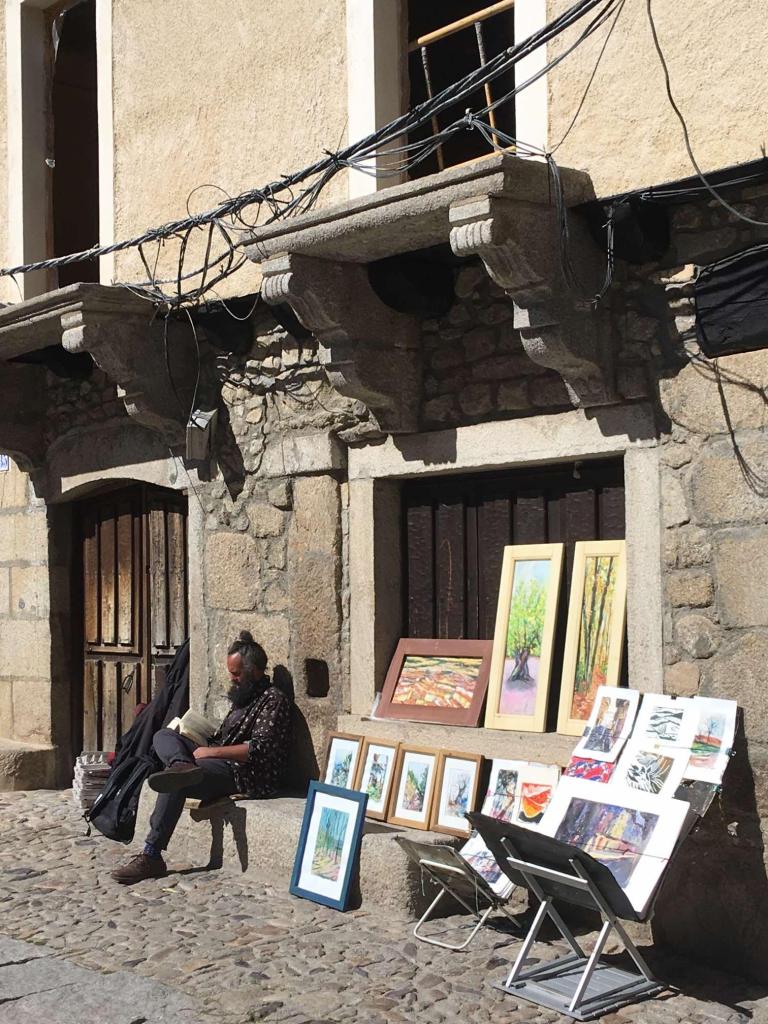 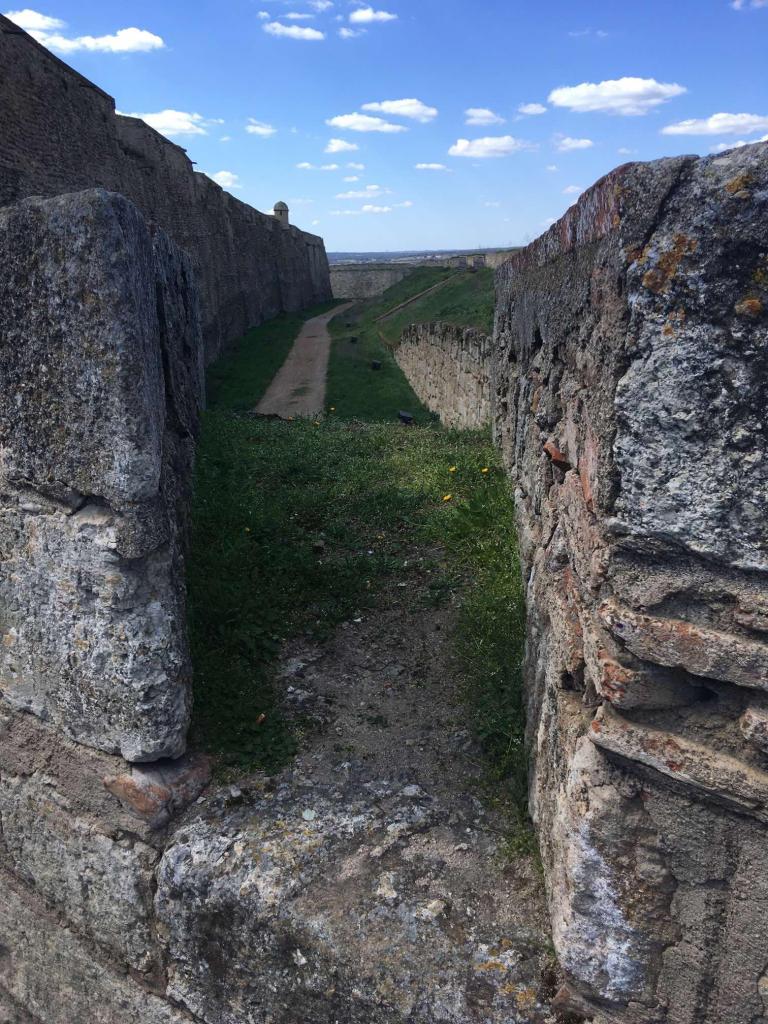 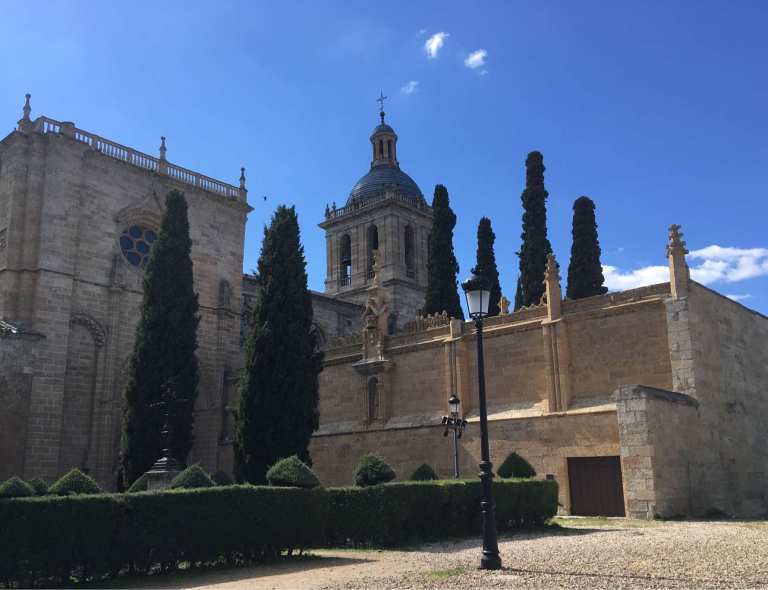 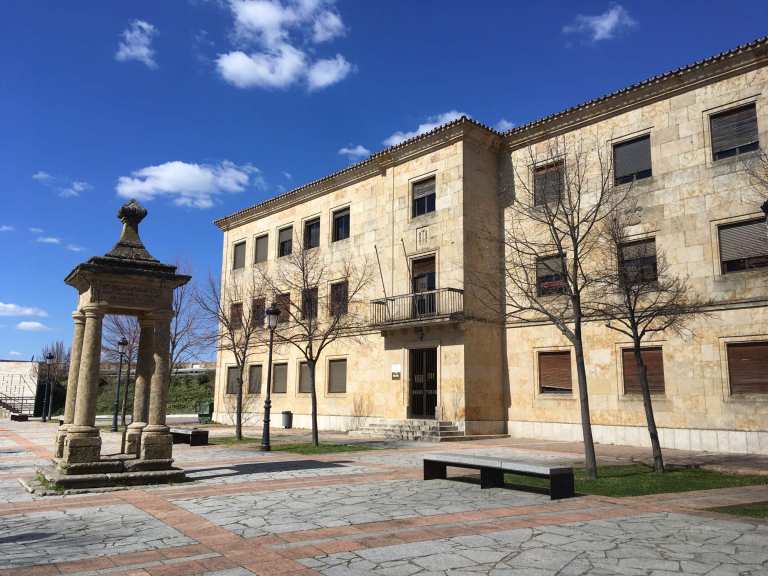 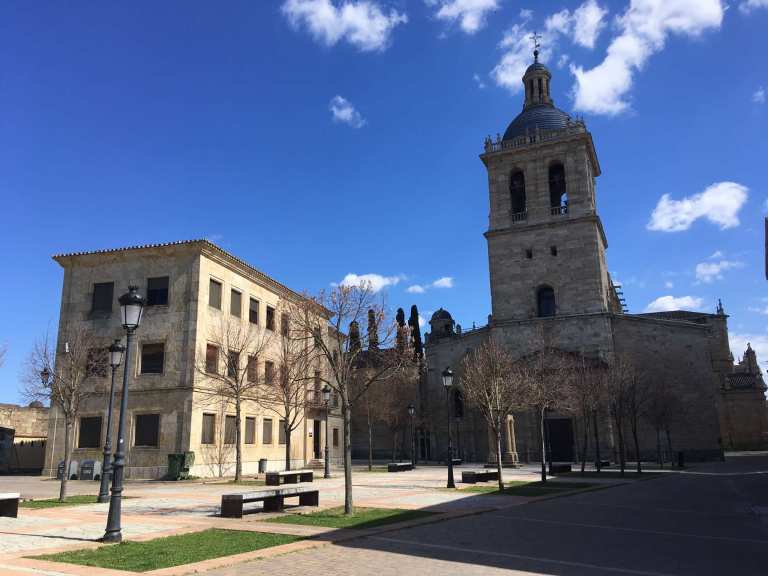 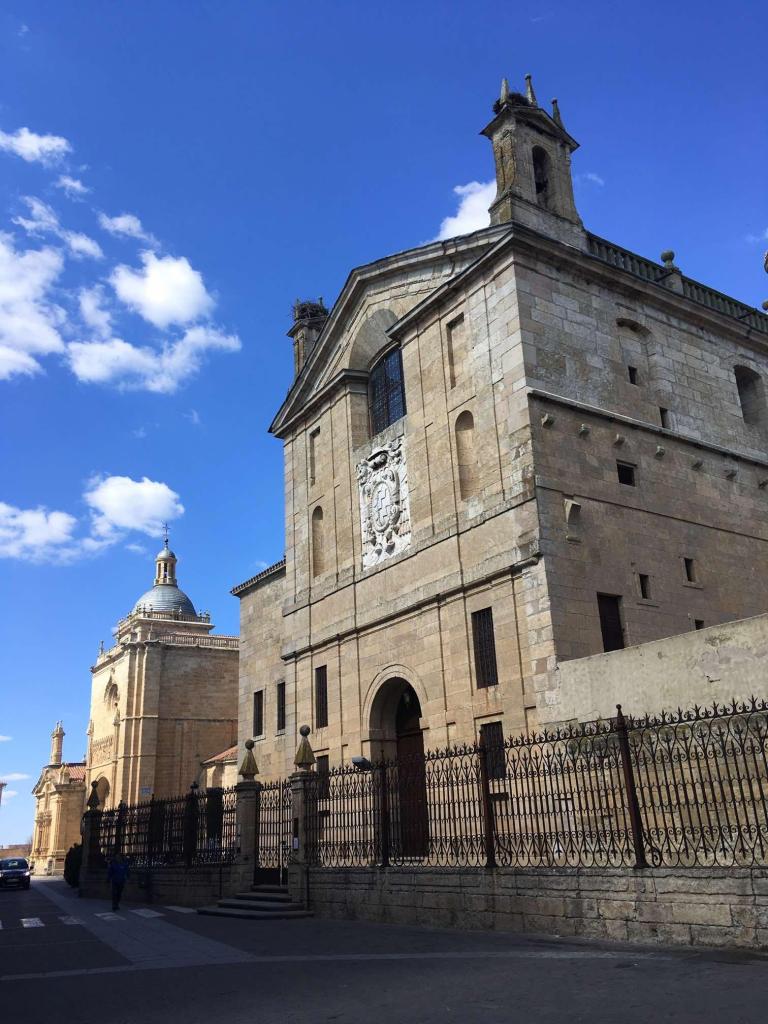 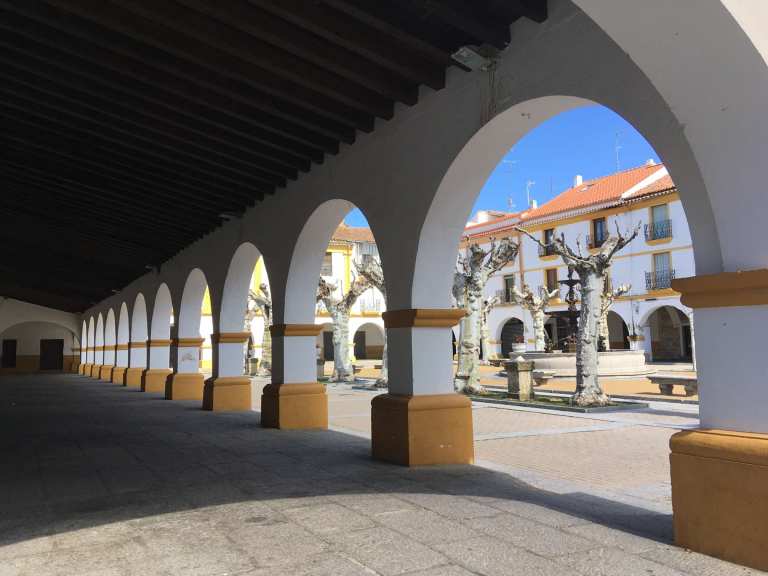 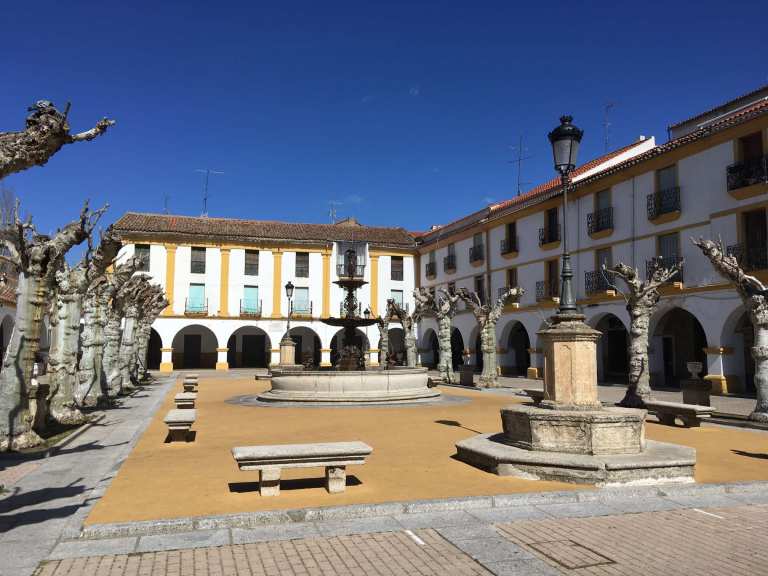 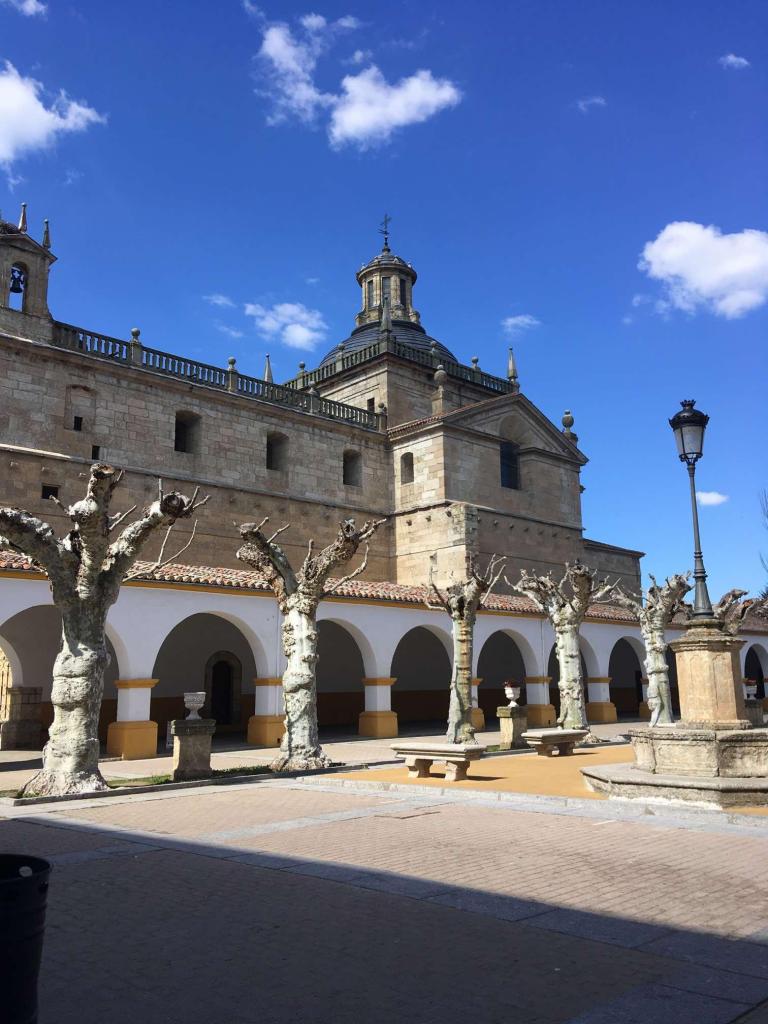 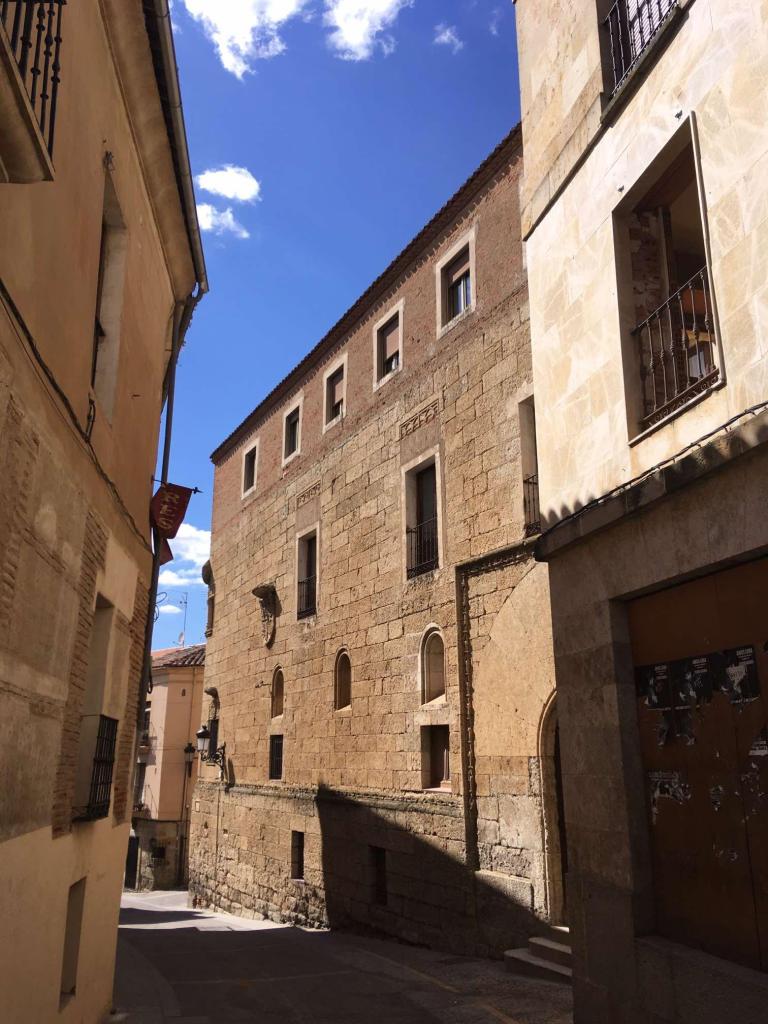 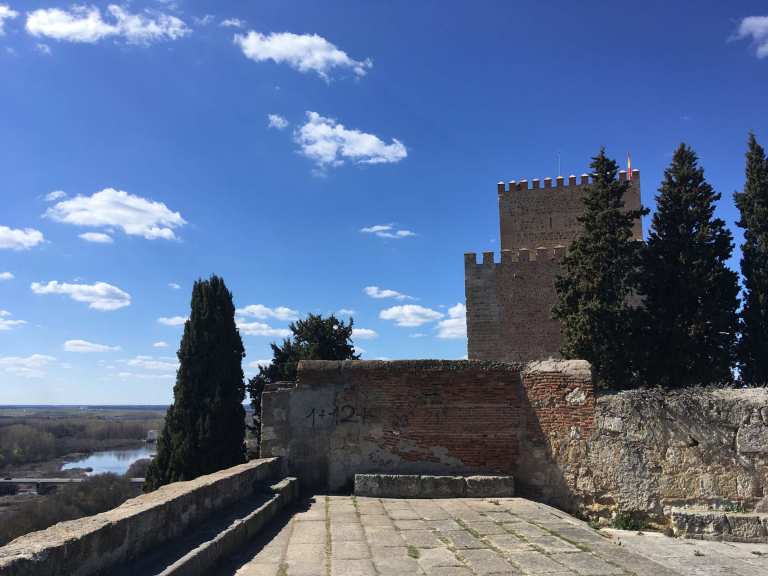 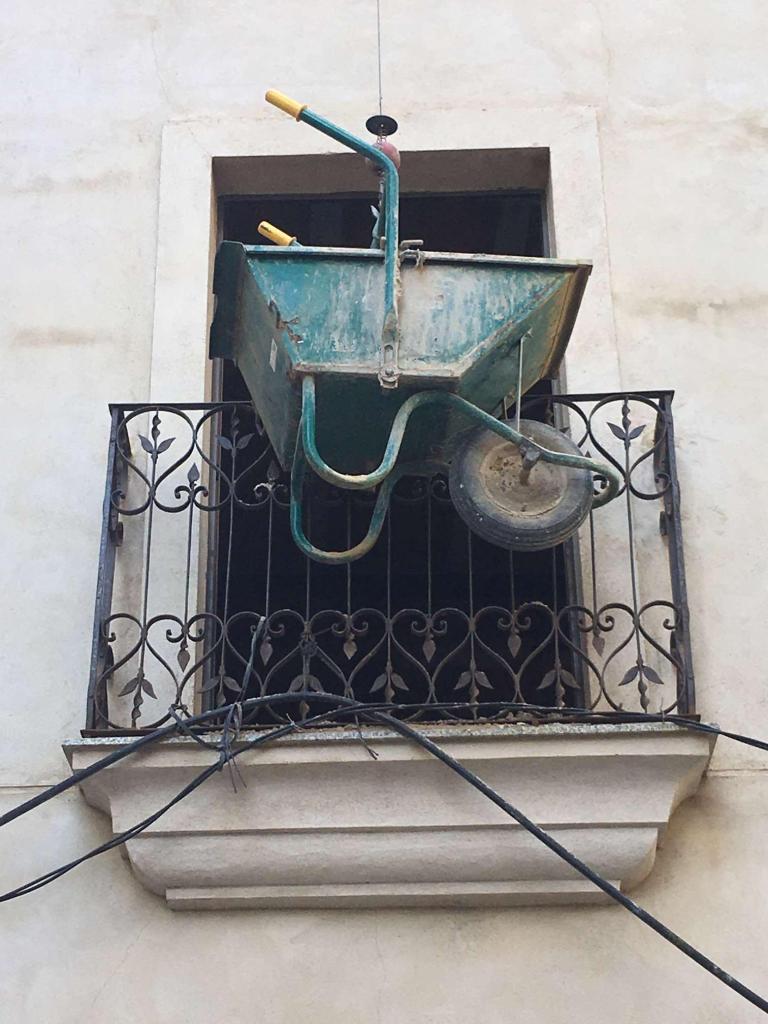 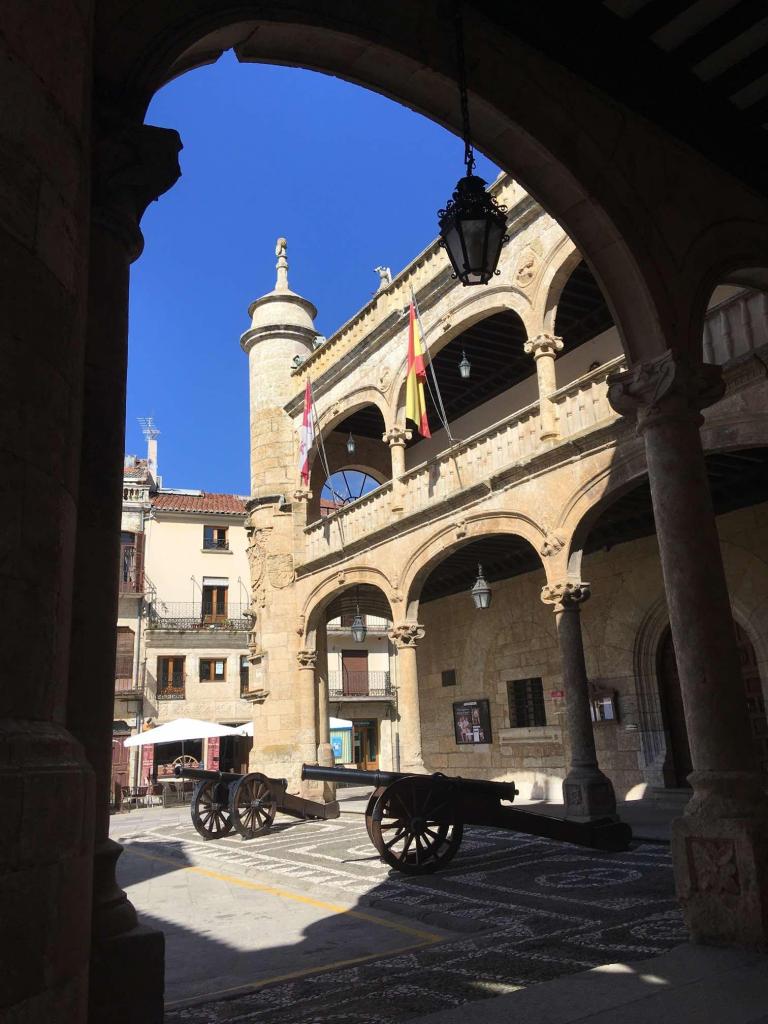 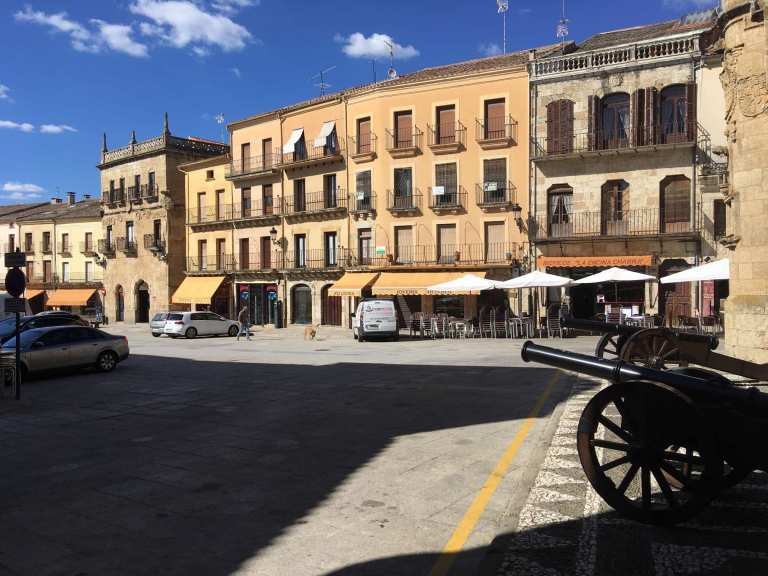 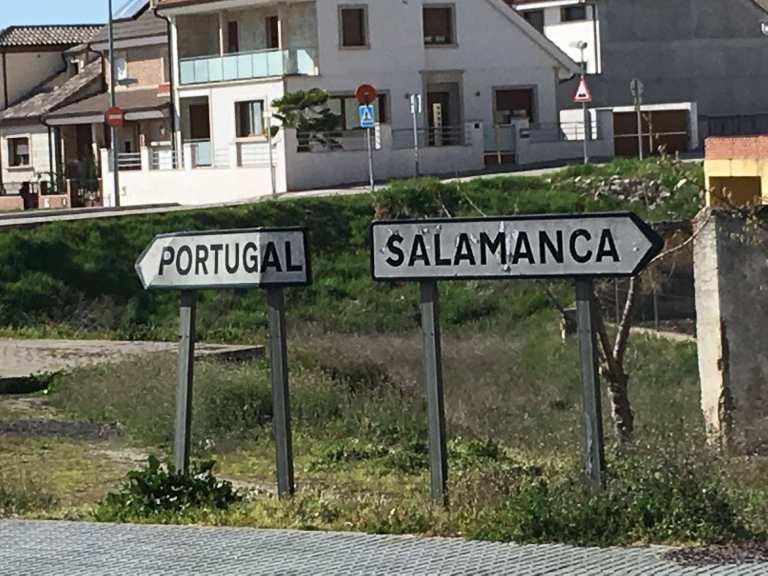 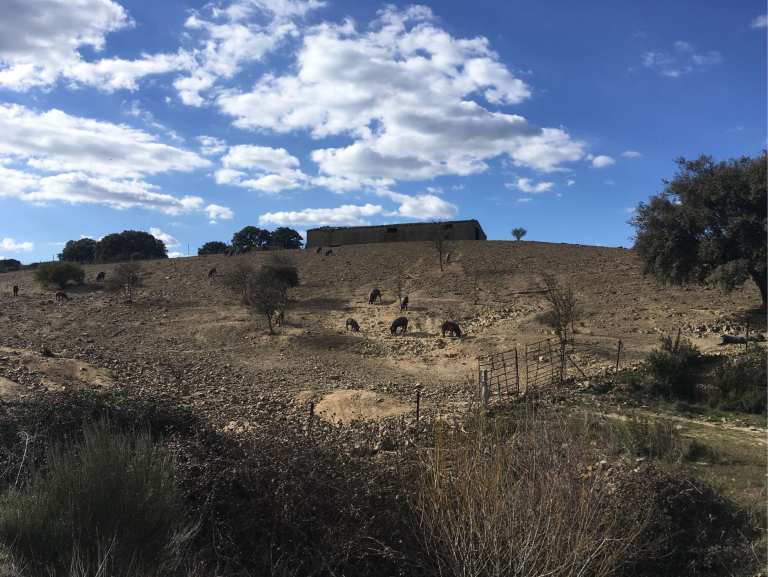 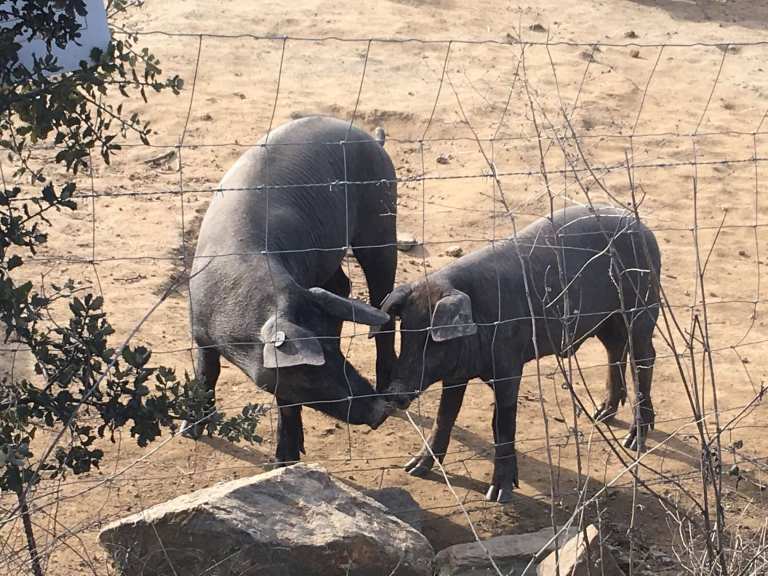 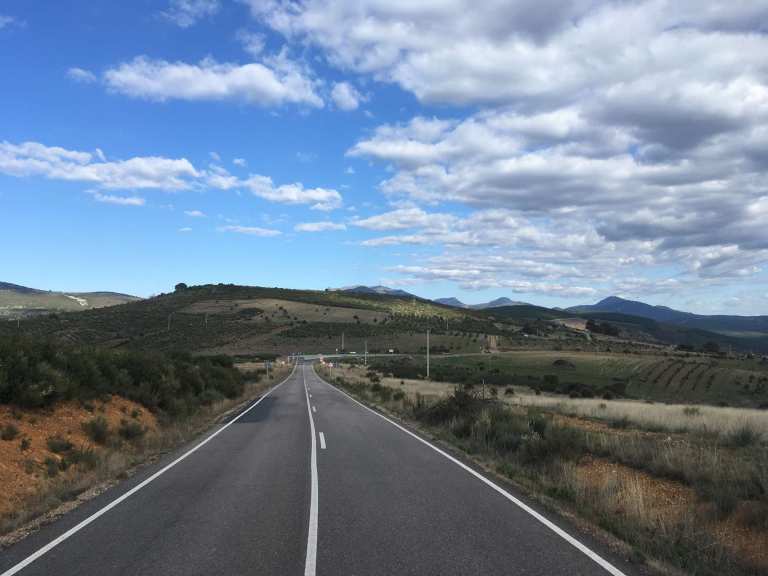 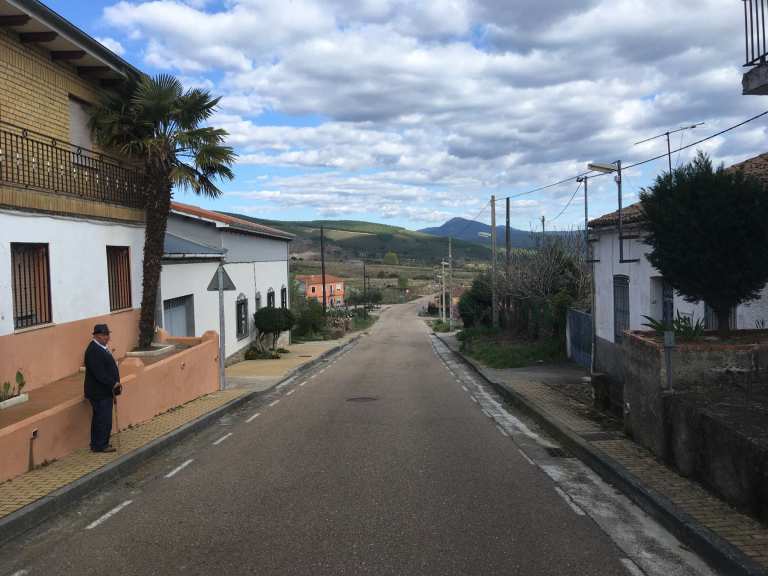 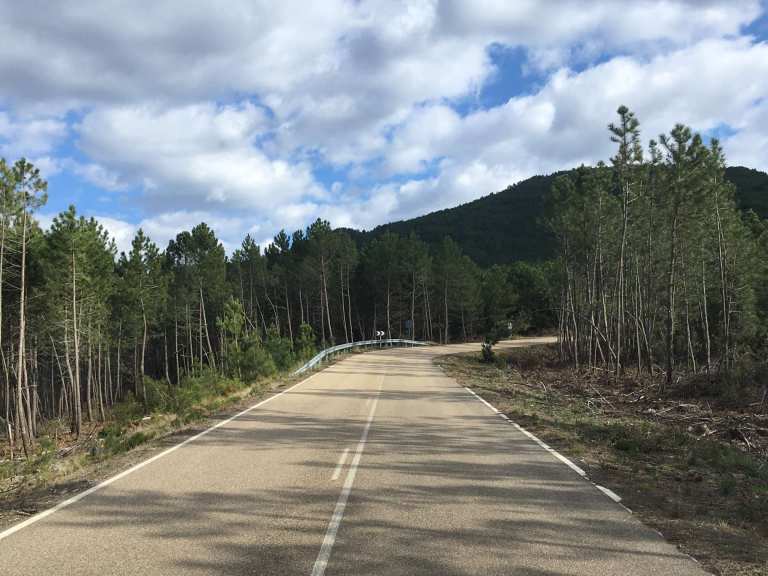 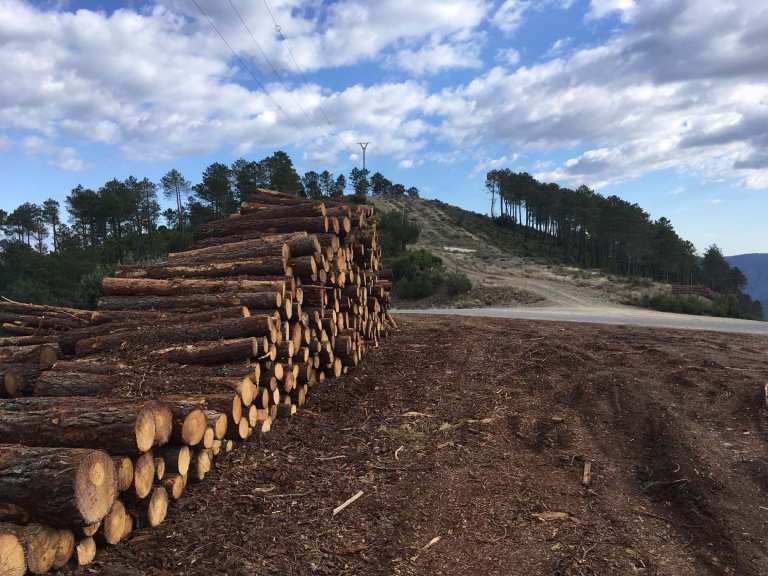 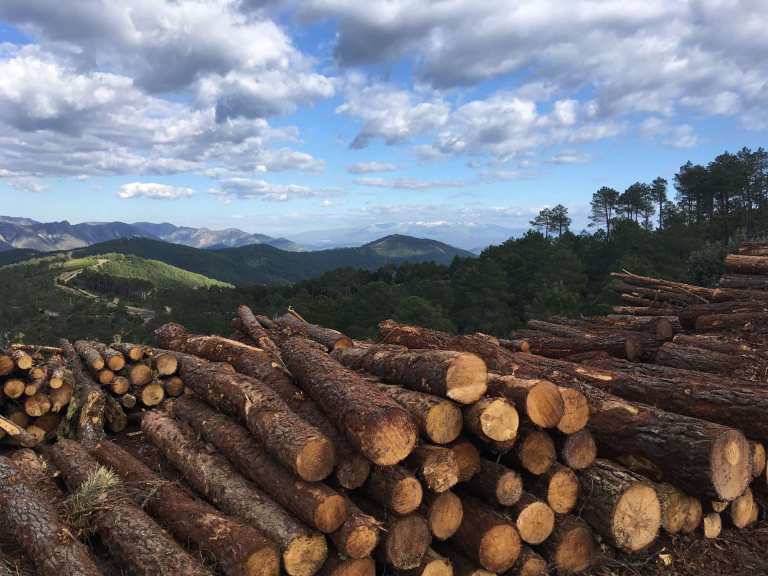 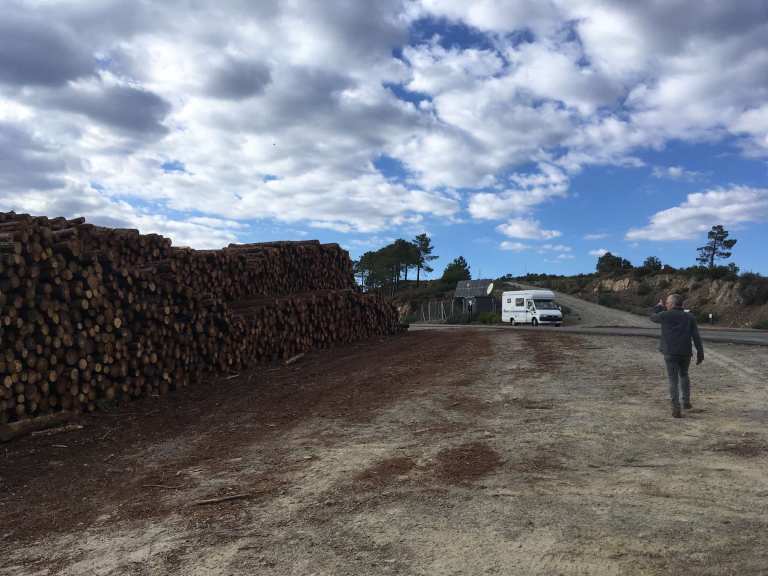 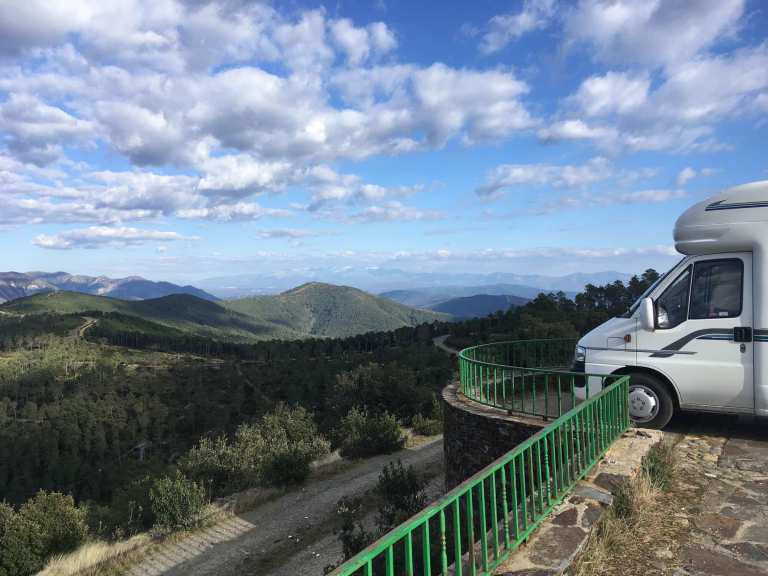 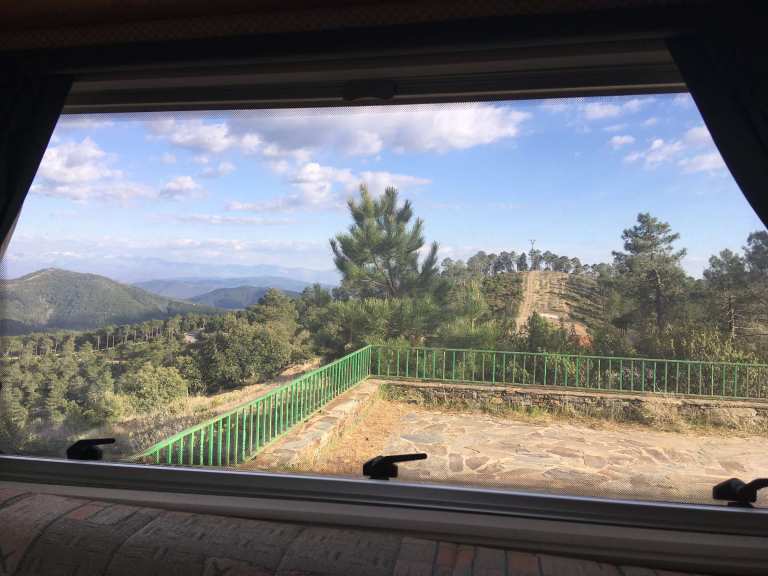 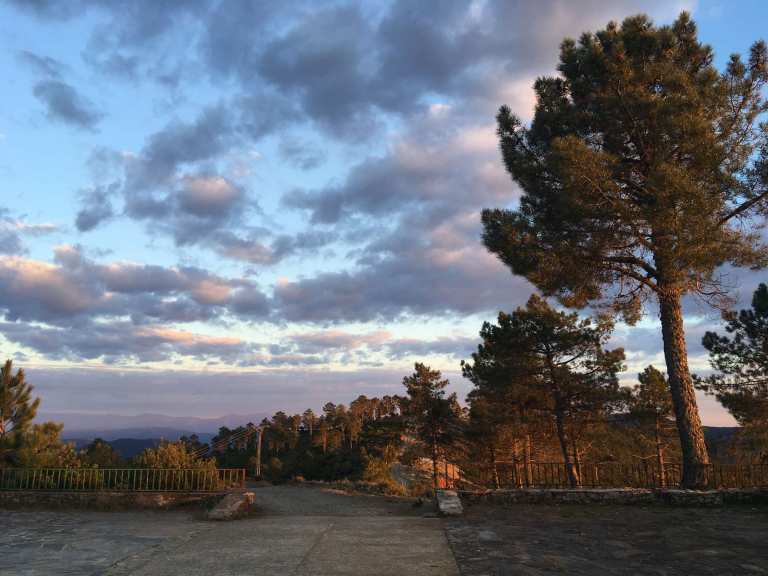 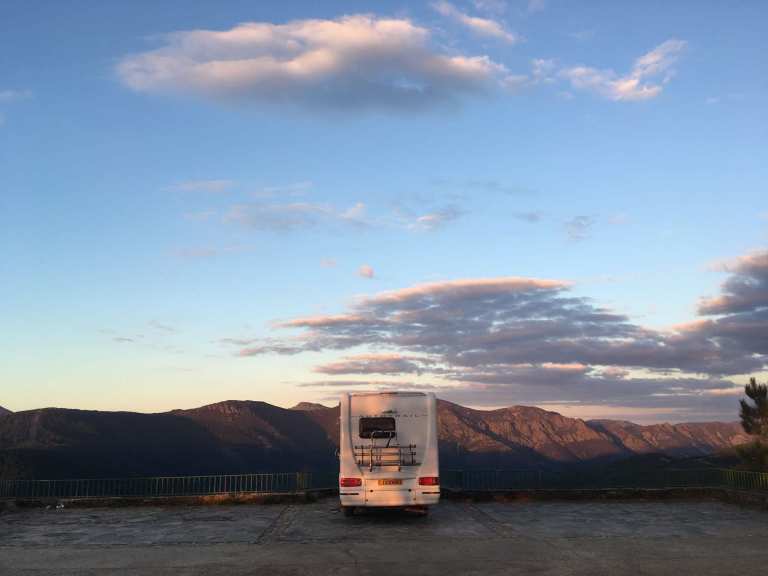