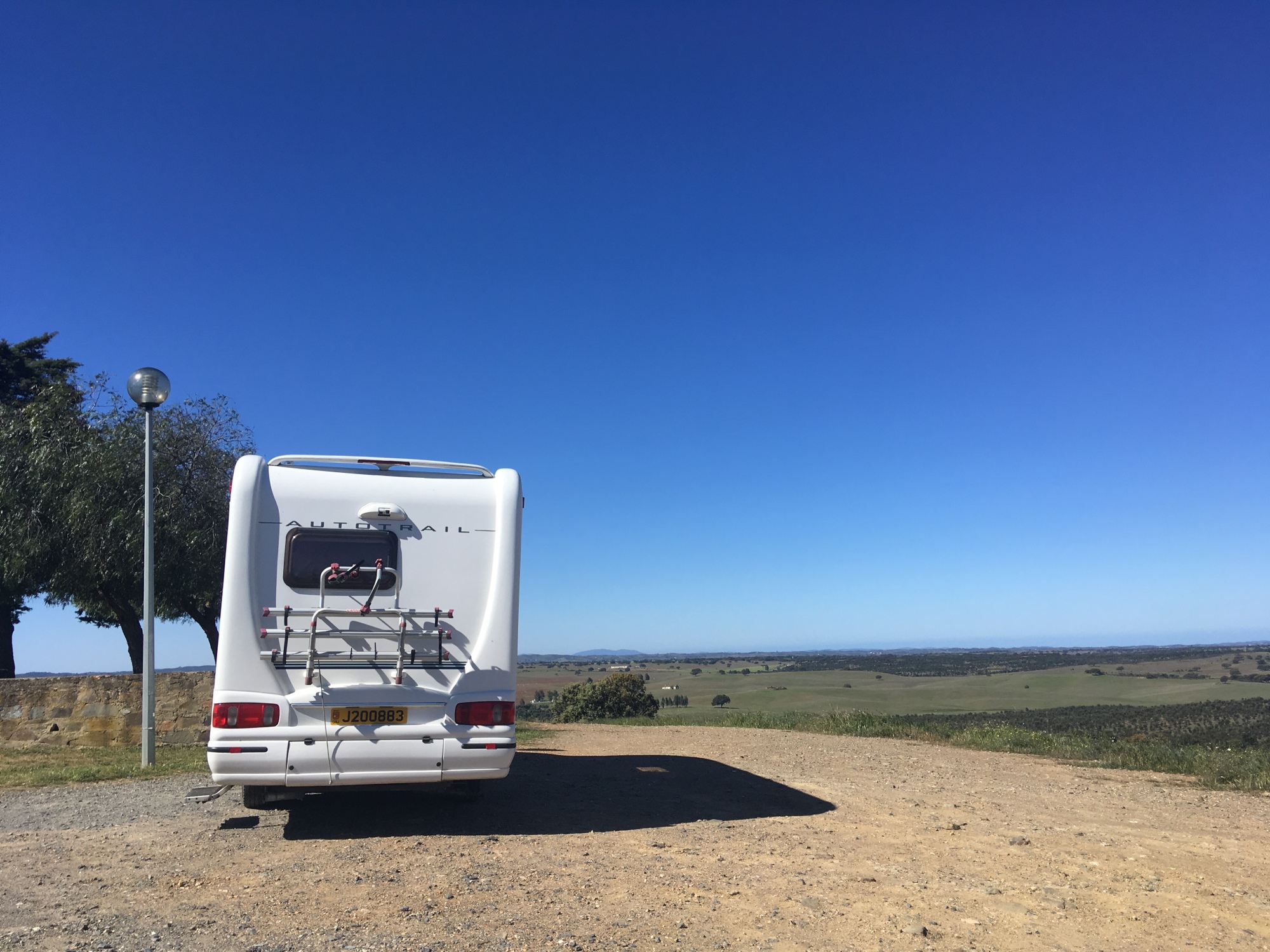 What an absolutely beautiful spot, with amazing views, and we had it all to ourselves, with no passing traffic, and so peaceful.

We had a quiet morning, and after lunch our Dutch couple re-emerged in their van, after having had a lovely time, so my conscience was clear. We compared notes on where we’ve been, where we’re going, how we find amazing overnight stops, then gave them our card with our blog details on, and said our goodbyes.

We found out from them that it is possible to easily take a motorhome quite a way down the very solid and sufficiently wide dirt track. This road ultimately takes you to the waterfall that has been signposted for the last 20+ km. One important thing pointed out to us was to take heed of the faded sign, that advises motorhomes to stop and park at that point, which we did.

We continued down the same road, but it immediately became very steep, so Sophie wasn’t particularly looking forward to the return walk uphill. The waterfall, set within impressive, strangely eroded, rock formations, was definitely worth seeing. Was it worth the not inconsiderable hike back up that hill? Probably not in our opinion.

Uphill is not a direction Sophie likes to be going on foot anyway, so this particularly vertical one did not impress her one bit. We returned to our overnight parking spot and then decided to head on.

As it turned out, the journey back entailed retracing our steps all the way to Mertola. Ordinarily I avoid backtracking unless absolutely necessary, but it wasn’t so bad and we were soon heading in an Almodôvar direction.

I know it’s only day 2 in Portugal, but a very high proportion of the roads have been “bouncy”, to put it politely. We’ve driven the entire coast of the country before, and found the roads to be mostly fine, so let’s hope they improve. Added to this the fact that we never take toll roads, may increase the risk of lower quality roads, but this has never before been a problem in Portugal for us.

So, Mertola to Almodôvar was bouncy, but we arrived with our fillings intact but heads spinning. I’d seen a fresh Park4Night up on a hill, next to a chapel, that boasted great 360 degree far-reaching views. The author of this spot said the narrow access meant that it was only suitable for small vans. We don’t scare that easily, and a check on Google Maps made it clear to us that our 6m motorhome should not have any problem, and we were right. It was a better quality road than we’d seen for most of the day.

It’s a stunning location and we even had a drive by from the local police (GNR), who are the ones that tell errant motorhomers to move on. Such a drive by, a quick park up, and a stretch, will generally engender that sinking feeling that we’re about to be moved on. However, if they completely ignore you, then drive off, this is seen in motorhoming circles as being as good as a written invitation to spend the night. So we breathed a collective sigh of relief when they disappeared over the brow of the hill, and returned to enjoying the view. 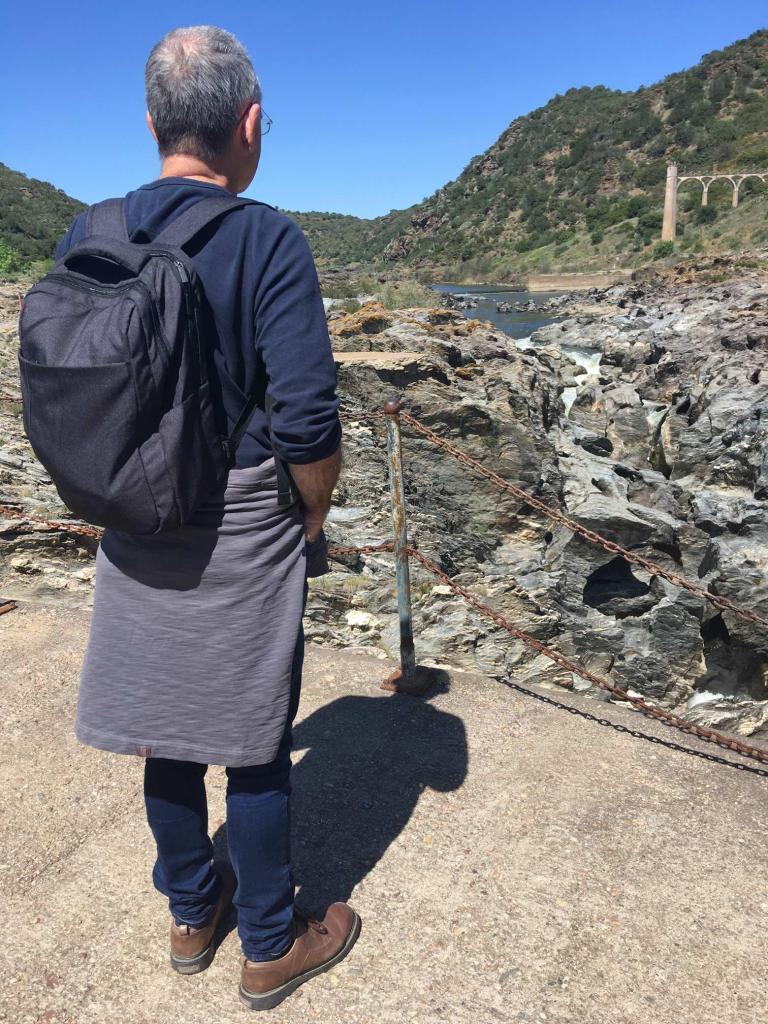 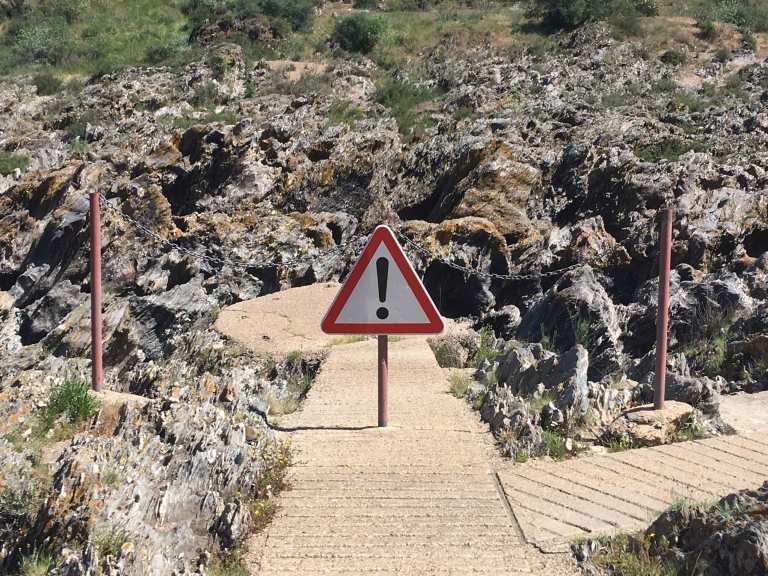 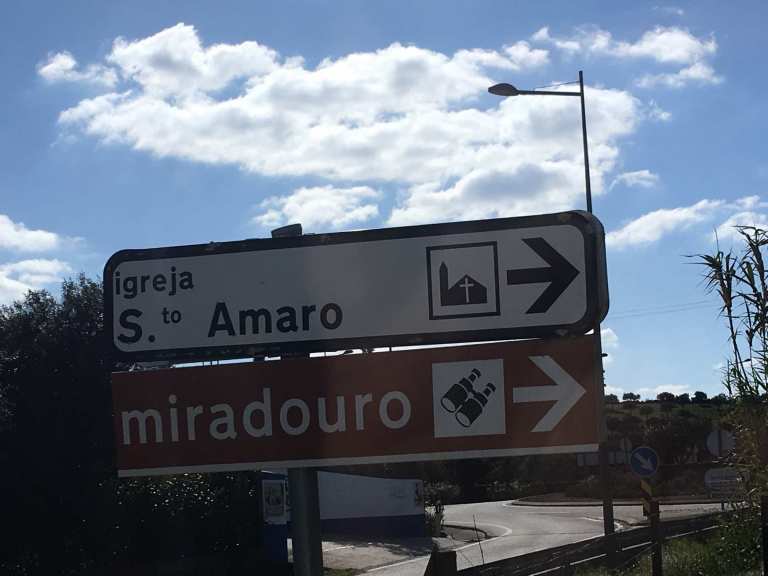 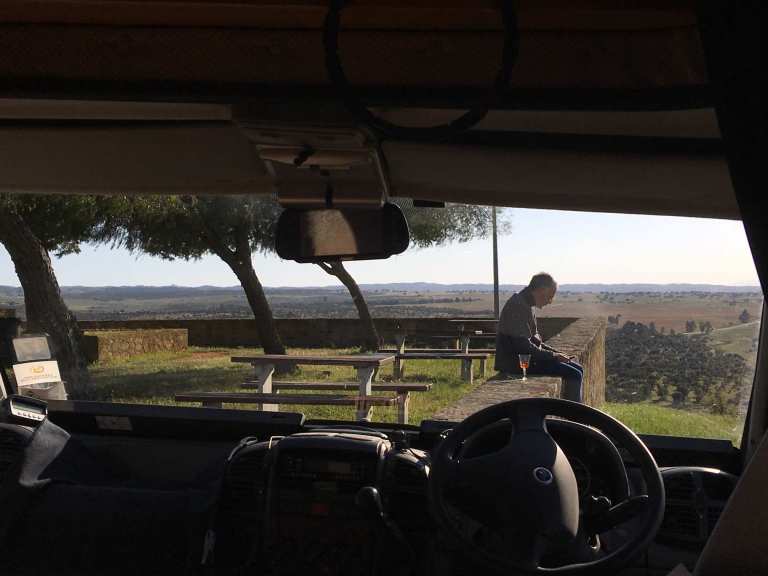