En route to Bavaria we drove through Kobkenz and then along the Rhine/Rhein. A few random photos: 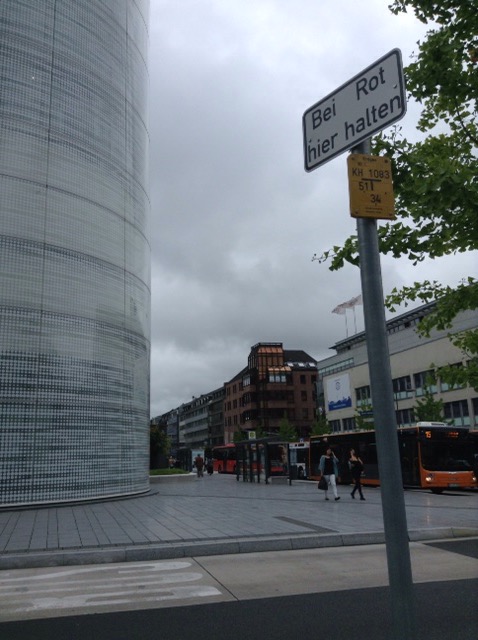 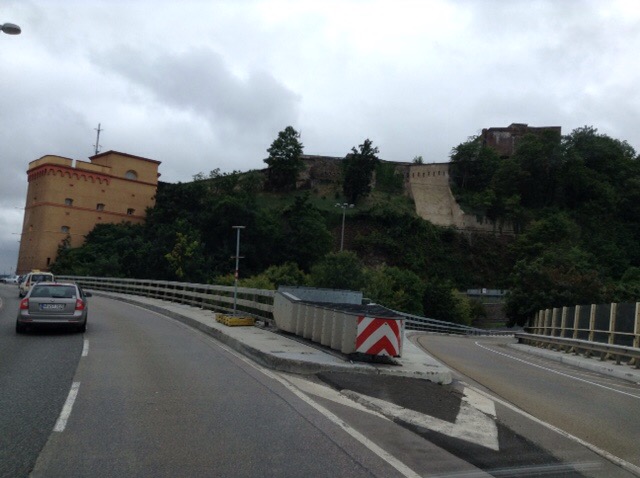 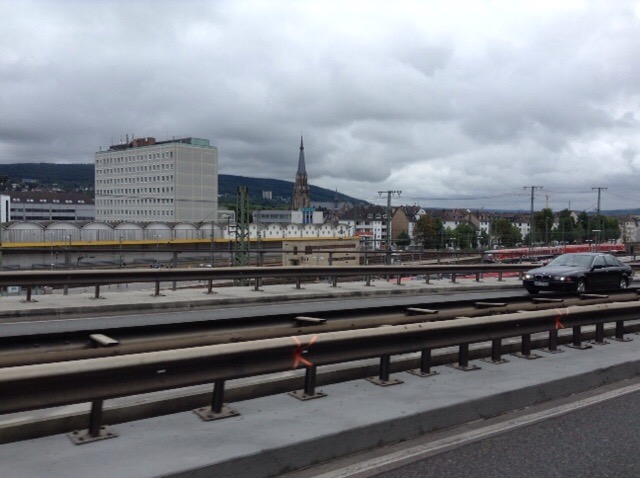 Touring along the River Rhein 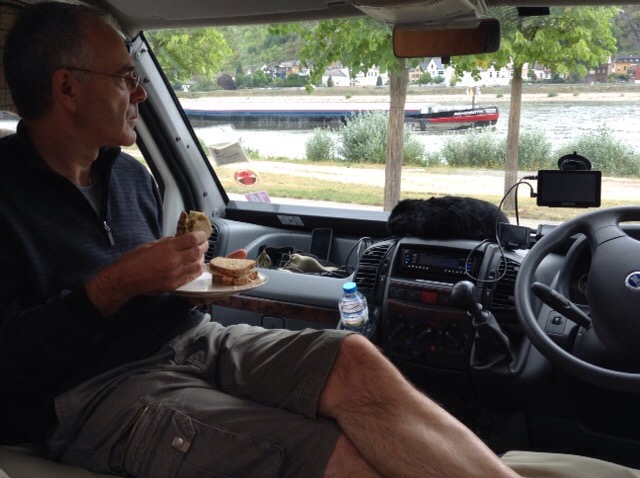 Lidl is our regular grocery shop in France that we know so well, and so it was interesting to see what a German branch was like!

Well, one thing that was different was the usage of a bread slicing machine by the customers!

Instead of needing to ‘use my loaf’!, I watched a gentleman choose his loaf, place it in the machine, pull down the guard, press which thickness he wanted and then the go button, and, chop, chop, chop, talk about impressive!

You then pop your now sliced loaf carefully onto a stand and slip a plastic bag carefully over it. Not exactly skill as opposed to care required. I bet a few neatly sliced loaves have ended up as scattered slices on the floor! – thankfully not ours!

Was fun! – well I thought so! – and in fact Michael seemed rather impressed too when he had a go! – and a very tasty seeded loaf it was. We’ll be back for more! 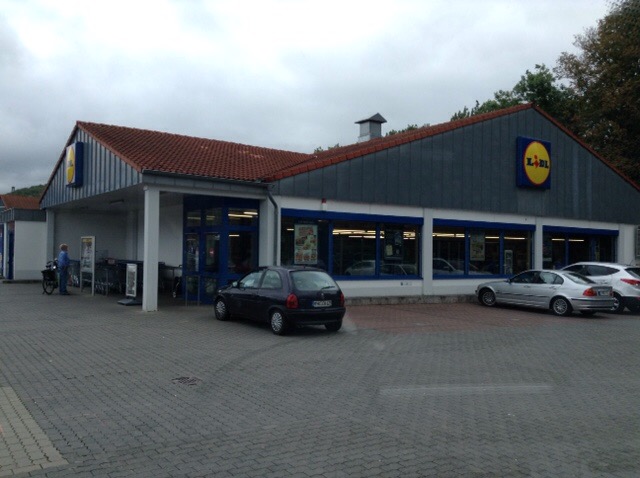 Whilst on the Lidl theme, our free overnight stop last night has just happened to be an aire across the road from a Lidl in another location.

This official aire is outside the town of Marktheidenfeld, in Bavaria, en-route to Wurzburg where we’re headed later. It’s a stones throw only from the river behind us.

It has been another very successful free overnighter. Being official too you don’t have that wondering if someone in authority might just come knocking at your door, so a bonus! 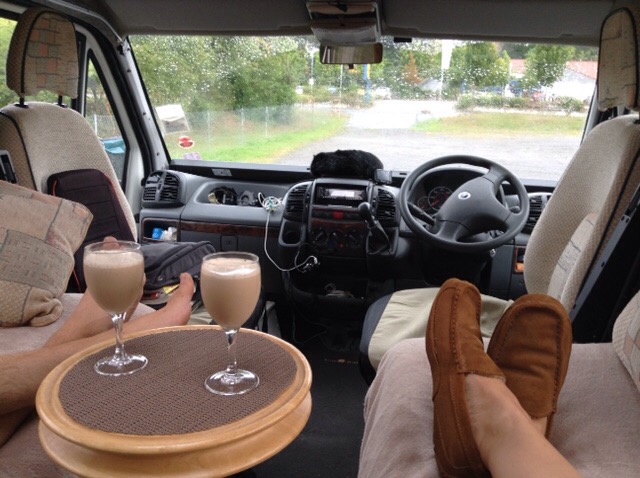 I have moved from cold to cough and wasn’t feeling like cooking anything last night, so Michael (being hungry enough to be bothered!), cooked up the coiled German sausages (wurst) and half of the packet of Speltze (the German noodles I fancied trying), all bought from Lidl.

Donning his chef’s apron, he served up a very simple but tasty meal of fried sausages and butter fried noodles with a glass of German Rhiesling from the Mosel! Actually, it was a very enjoyable supper, perhaps even more so for me for having not had to prepare it!😉

Actually, I’d have rather traded the annoying cough for the cooking of our supper.

Had some comfort food in the form of some ice-cream later! Took one ‘Night Nurse’ capsule and had a cough free sleep!