The scenery after Landsberg was becoming noticeably different, the rolling pastureland now interspersed with pine tree woods, and eventually the impressive sight of the Alps in the background.
We arrived at Schongau, parked in their Aire and followed the steep walk up into the town. 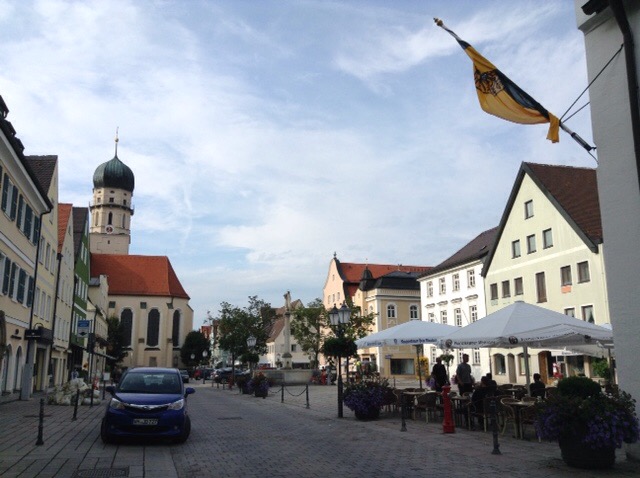 Arrived for a free night’s stop at the little Peiting aire with its pleasant rural outlook. A rainy evening inspired me to cook up some drop scones which we enjoyed with ice-cream and maple syrup!

Not only was the landscape changing with the increasing mass of pine trees and mountainous backdrop, but of course the buildings were now very much Alpine in style.

Fussen is the official end of the ‘Romantic Road’, culminating in the famous ‘Schloss Neuschwanstein’.

It of course just a pin prick when it first comes into view, and as you drive along ‘increases in size’. I have to say it was a little disappointing to find the area heavily touristy (hugely so!), and so much so that neither of us could be bothered to join the masses to visit the famous castle. So, rightly or wrongly we didn’t, which is why we have had to settle on the rather limited views of it we did achieve. 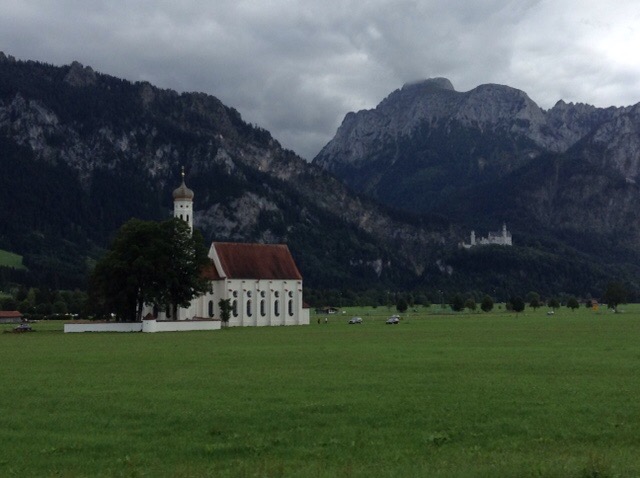 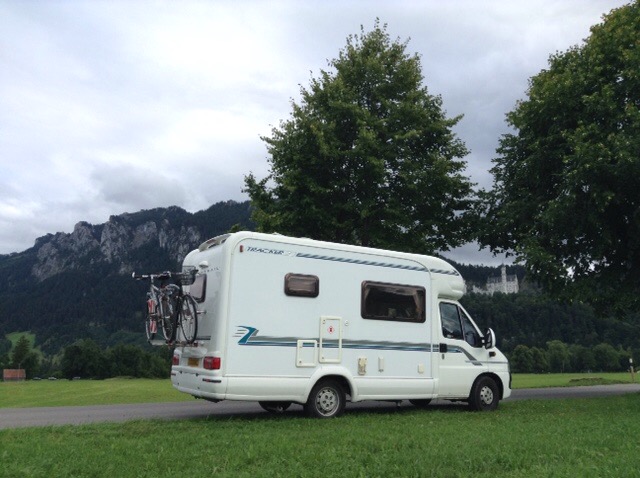 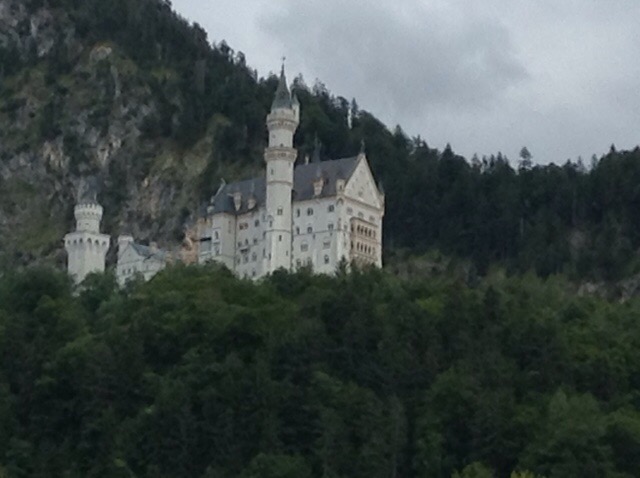 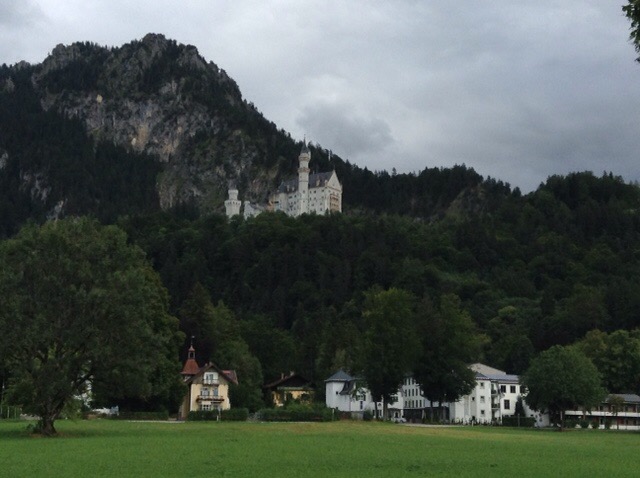 Having skipped visiting the castle, we drove on through Fussen. It was absolutely mobbed and there was nowhere to park that wasn’t pricey or inconveniently out of the town bearing in mind we only wanted a brief peep, so we carried on along our journey.

We assume something special (some festival or whatever) may have been on, as it’s the only place this trip that has been queues of slow moving cars, and cars parked all along the roadsides, plus of course, heaving with people!
Considering it’s August, the rest of this trip we’ve been amazed at how easy we’ve been able to find space to stop places for the night and at how few British registrations we’ve seen – literally a handful, if that! I guess Germany isn’t an obvious holiday in most British people’s minds. It’s mainly neighbouring Italians we’re seeing, a few Belgians, but largely Germans holidaying in their own country.
Our Jersey number plate must cause some intrigue! 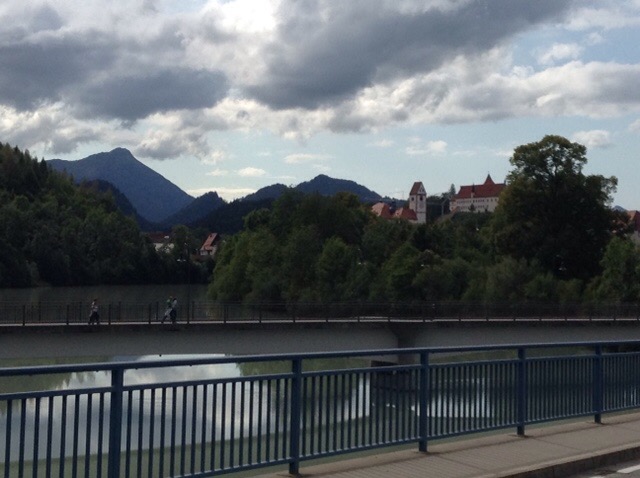 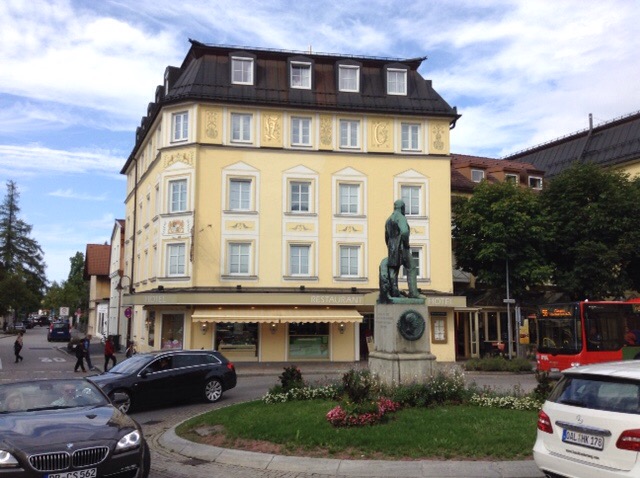