Arriving in Meillant, we park up in order for me to see what vantage point I can get of the splendid chateau. As we had driven along the pretty country lane towards Meillant one could glimpse it through the trees across the meadow.

It can be quite a challenge to see in to these lovely places with their high walls, and often close-boarded gates, but thanks to the smattering of concrete benches on the street, I was able to step up onto one particular one of those and achieve a view I was pleased with. 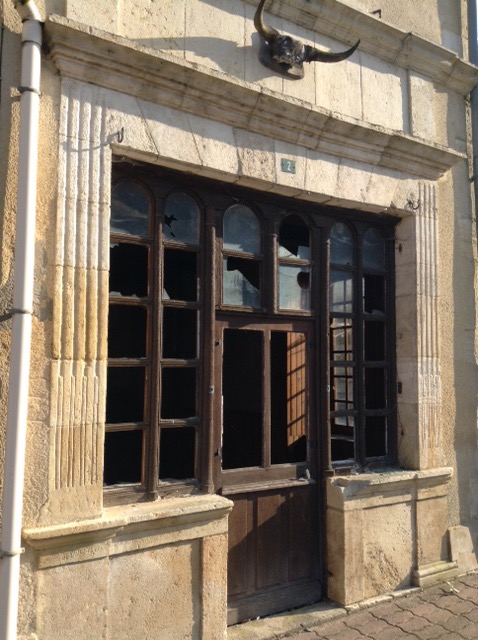 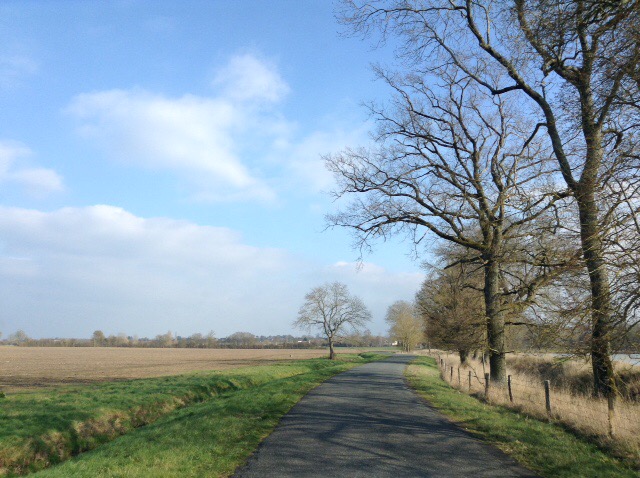 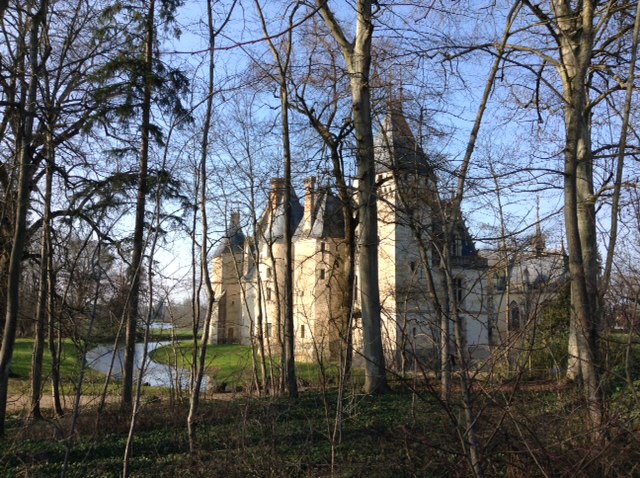 We pulled up outside the Abbaye de Noirlac, and Michael stayed on board while I walked over for a photo. The natural lighting was spot on for it. The abbey gates were locked but I was able to take a sneaky shot or two through the wooden bars.

Next stop was Saint-Amand-Montrond where we drove through the town passing an old bandstand, and a branch of our daughter Daisy’s bank, BNP Paribas! Possibly France’s most central branch!

The free aire was canal side but not quite as inspiring a setting as we’d hoped (though perfectly reasonable to be fair), so with plenty of time on our side we decided to carry on our journey and check out the next one! 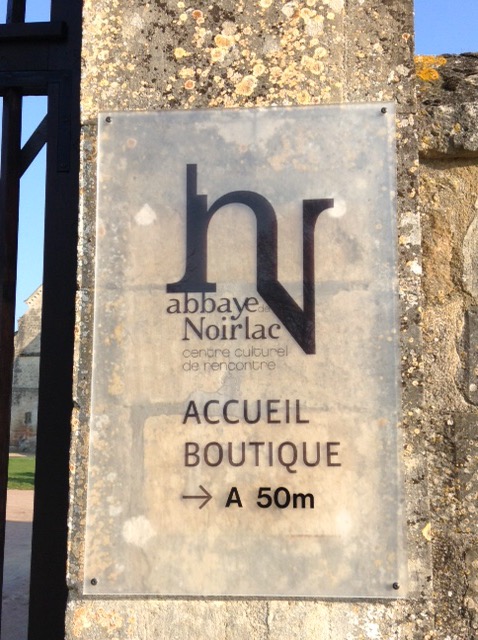 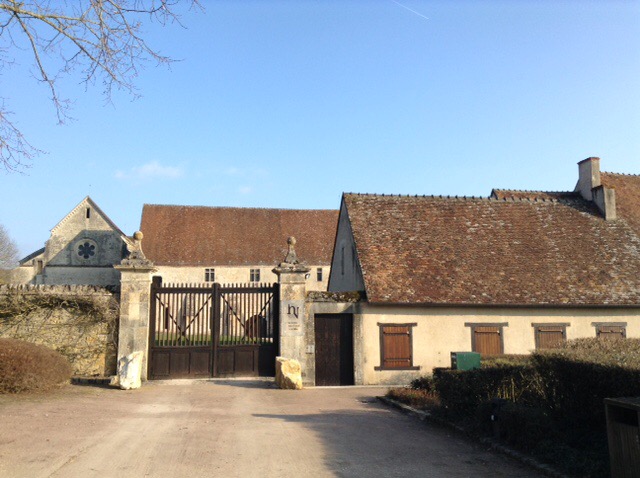 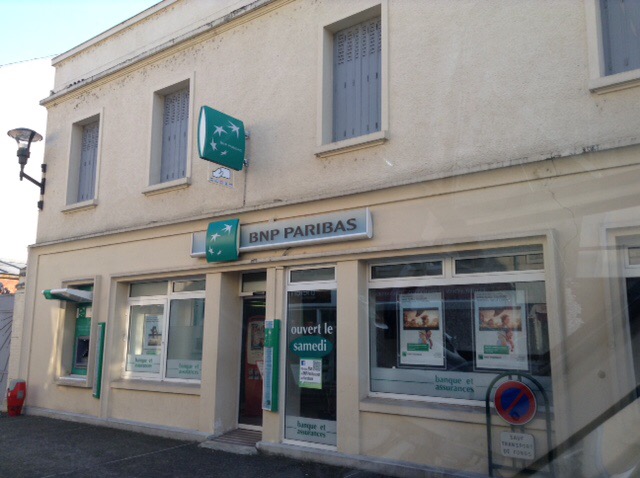 Yesterday I said to Michael that just as he had enjoyed ‘Dot to Dot’ as a young child (though who of us didn’t I’m sure!), I pointed out that clearly he still enjoyed it in his fifties! Michael (a maths man and a geographer) likes to plan his routes going from aire to aire, which after all are black dots on a map, and so we travel, from point to point! The nice thing is the picture doesn’t just form at the end, but along the way is a visual feast for the eyes, with some real gems, generally unexpected!

So this is how we travel – we know our starting point and we move dot to dot towards our goal! – which isn’t set in stone, and that’s part of the beauty of it!

Yesterday late afternoon we found the road brought us through the village of Ainay-le-Vieil with its Chateau, and in such lovely sunshine. As is not unusual, the chateaux can be closed when one arrives, be it for the day or for longer. Unfortunately Ainay-le-Vieil is closed today or I would have enjoyed a paid visit, but instead I will enjoy taking photos of wherever I can get a view – sometimes nigh on impossible, but not in this case.

We overnighted in the free aire just outside the village with one other motorhome and had a perfectly silent night – just a bit chilly though!!!! Brrrrrrr!!!! We don’t seem to have cracked that yet! If Bear or Ray are reading this, some survival tips please chaps! 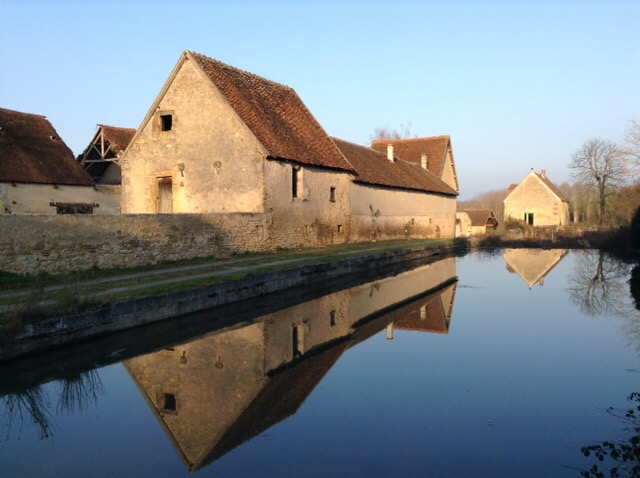 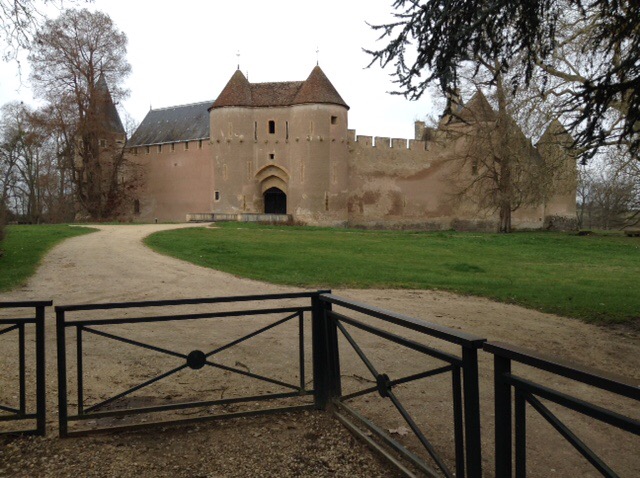