Today began as usual with us up and sorted by 9, followed by me working & Sophie sorting blog photos, and much much more I’m sure.

This had to be one of the most amazing views to wake up to – snow-capped mountains. Definitely the best ever view from the “bathroom”.

Sophie had bravely suggested last night, with no prompting & after careful research (thank you TripAdvisor) that she’d consider walking all the way up to the Chateau de Roquefixade. This is no mean feat, and I had my own doubts, but was definitely up for it. So at midday we set off & followed the sensible, but reasonably steep, path up that wound round the vast cliff on which the castle was perched.

We then turned onto the smaller path, where it certainly became noticeably steeper. At this point Sophie’s walking pole things appeared and helped with any vertigo. In no time, it seemed to me, we were at the top, after climbing round some boulders that had Sophie only momentarily hesitating.

As you can see from the photos the view was impressive. My Garmin fitness band told me that I’d beaten my daily target of 10 flights of stairs over 4 times & so apparently we walked up the equivalent of 42 flights of stairs.

Anyway, the journey down was a breeze & we were back at the motorhome in no time. 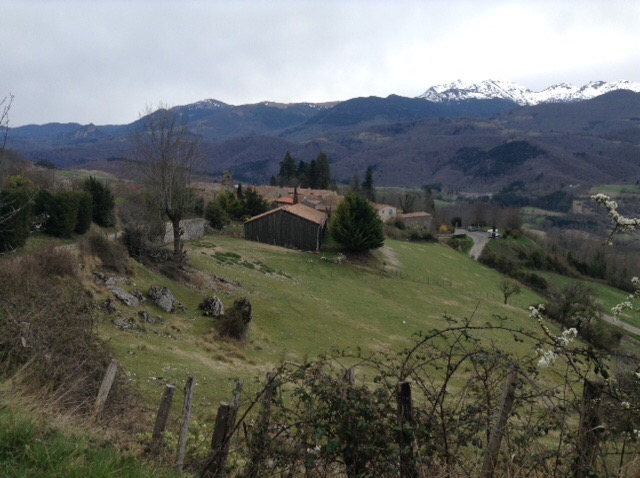 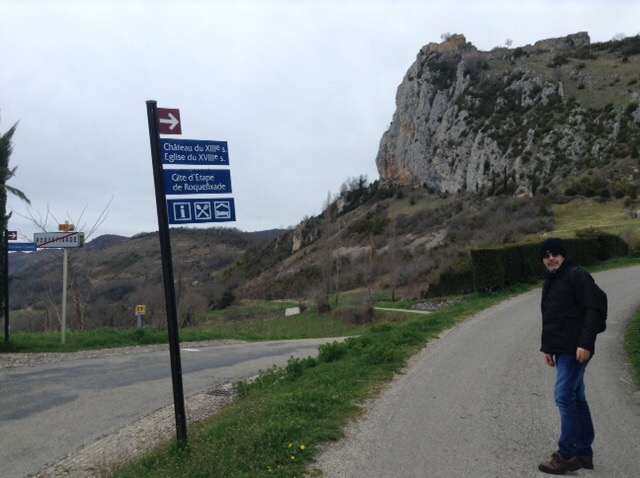 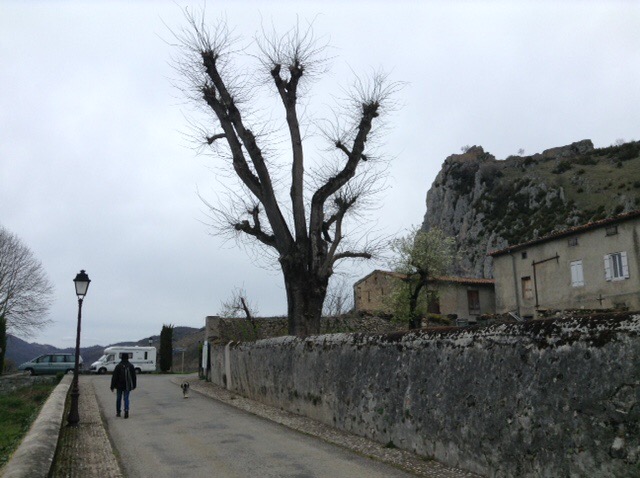 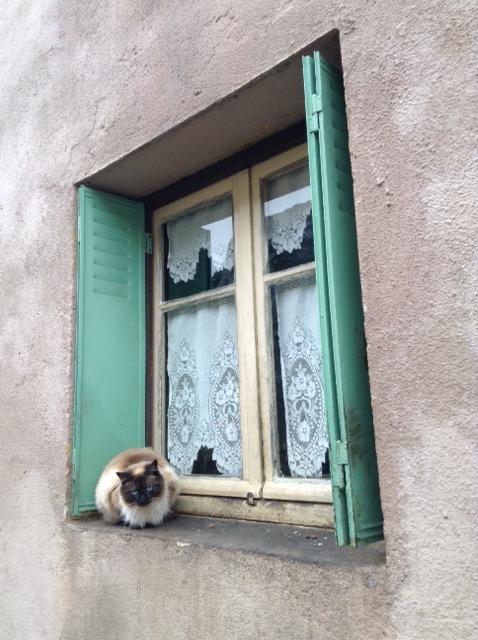 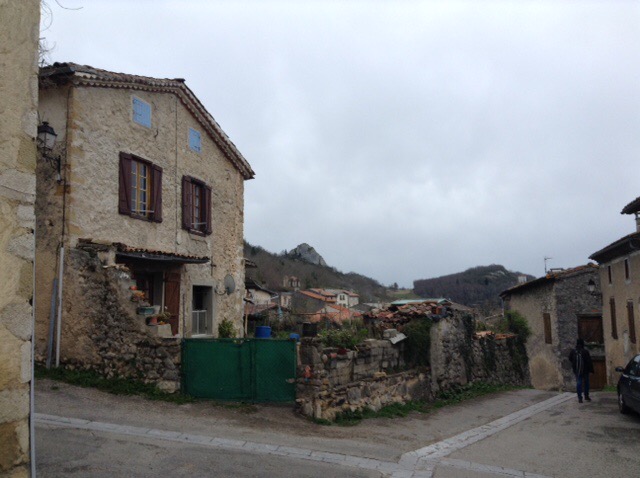 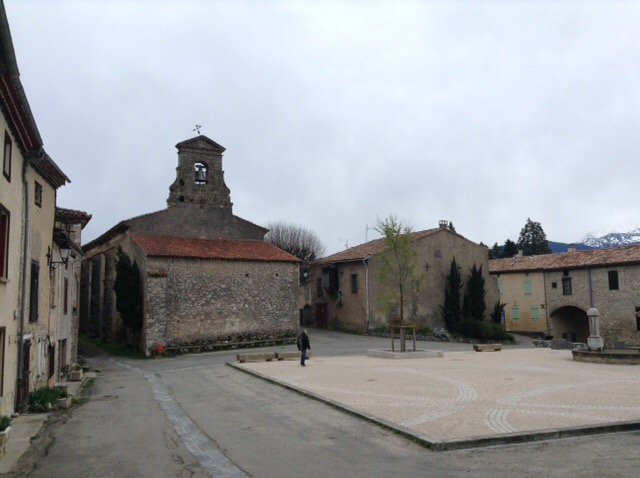