We actually didn’t get to spend the night at our idyllic spot with a view. In this newly developed parking area it is now prohibited to stay in a motorhome. A very apologetic policeman popped by at 8:50pm to let us know, but said parking up by the monastery would be perfectly OK.

So that was where we ended up, but it was good parking, and apart from the 6am church bells and the cicadas (I didn’t hear them), it was a good night. There is a larger parking area set further away, which would be quieter.

At lunchtime we went for a wander around the outside of the monastery which also has a hotel and restaurant attached. As we were likely to leave Spain that day we thought we’d take advantage of their very reasonable “menu del dia”.

So after sampling delights such as black risotto with whole baby squid, and rabbit, we were back on the road. The route East took us along the beautifully blue Embalse de Yesa and then on to Jaca. The whole afternoon’s drive was set between the Pyrenees to the North and more stunning mountains to the South.

By the time we’d reached Jaca, we’d come full circle because this is where this year’s Spanish and Portuguese adventure had begun back in early March. This time, Jaca’s visit was only for practical reasons as we used their motorhome services and topped up with diesel in the knowledge that French fuel would be much more expensive.

Having originally crossed into Spain via the Somport Tunnel, with the first town we came to being Yaca, I scoured the map further East for a viable alternative. I discovered the Bielsa Tunnel.

The drive East continued as impressively as it had begun earlier in the afternoon. As it progressed we then began to climb and then follow the spectacular Rio Ara valley. It was a decent road, with just one narrow section, but we met coaches, other motorhomes, and trucks, with no problem.

At Ainsa, the Southeasterly road takes a sharp turn North. The first thing you see is a vast mountain. We’ve been looking at mountains all afternoon, but this one was off the scale and well up there with those we’ve seen in our past couple of visits to the West of the US and Canada.

This generous road takes you North through Bielsa and is a breathtaking drive, scenery wise. You ultimately reach the 3km tunnel and then you’re in France.

I’d earmarked a Park4night 4km beyond the tunnel, where there was a large flat area near to an old redundant French Customs building. The views of the snow-capped mountains, and valleys were just amazing whichever way you looked. So that was us sorted with somewhere to overnight. 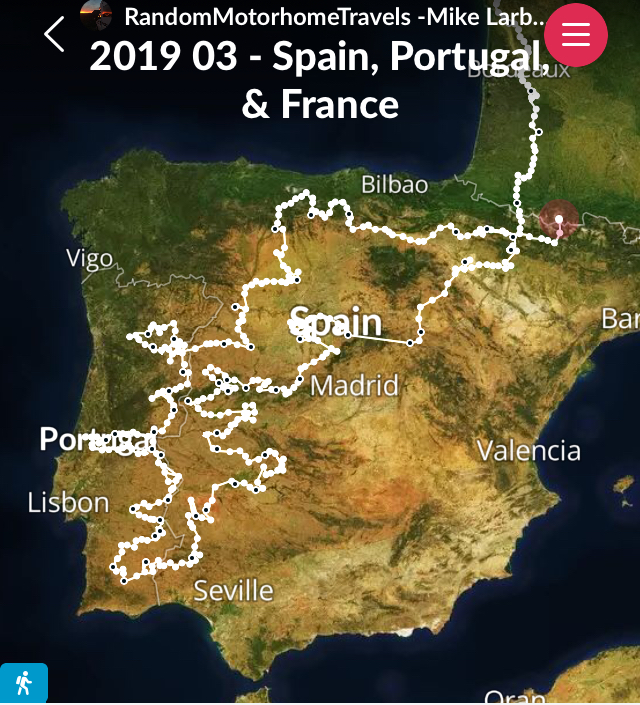 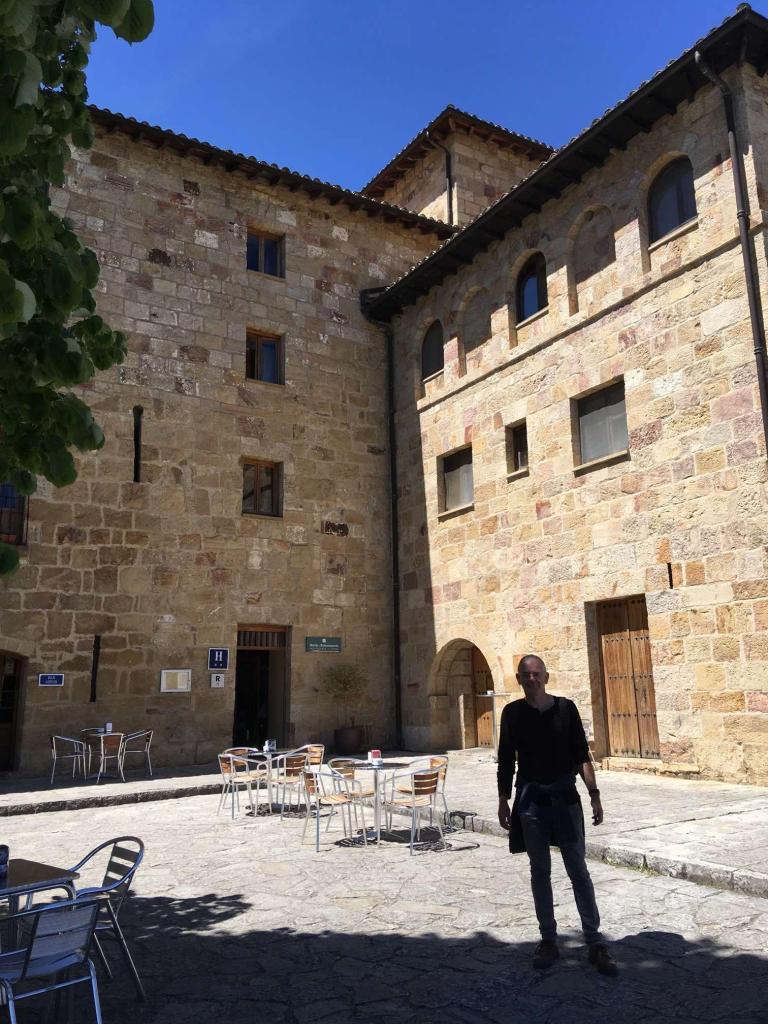 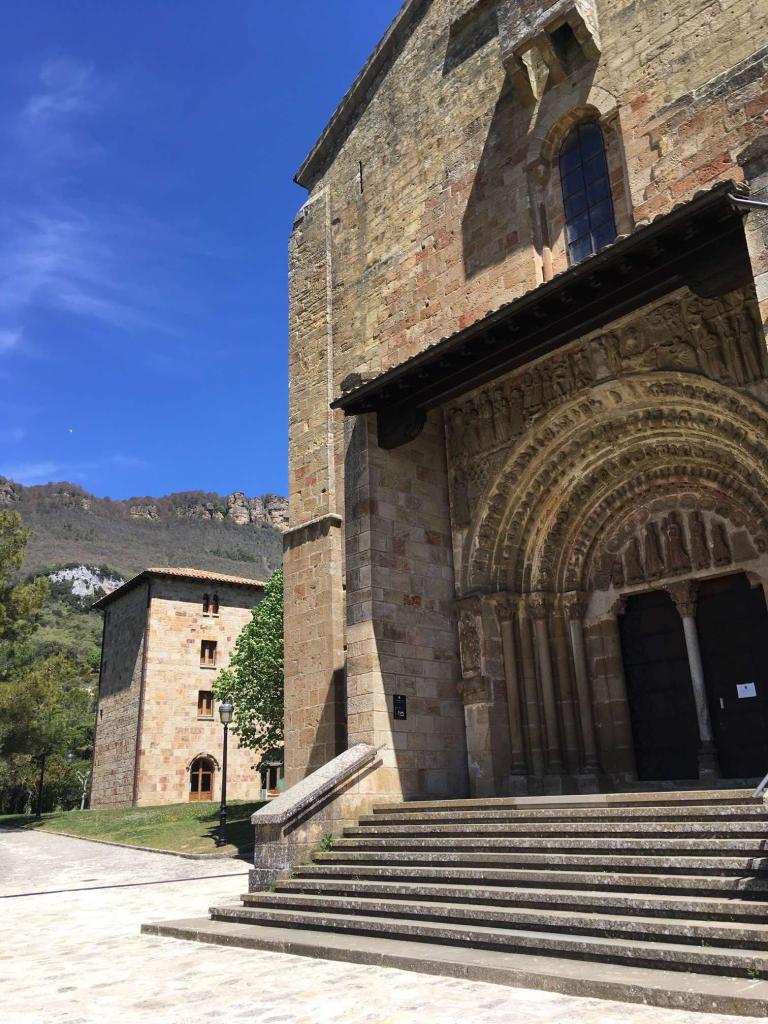 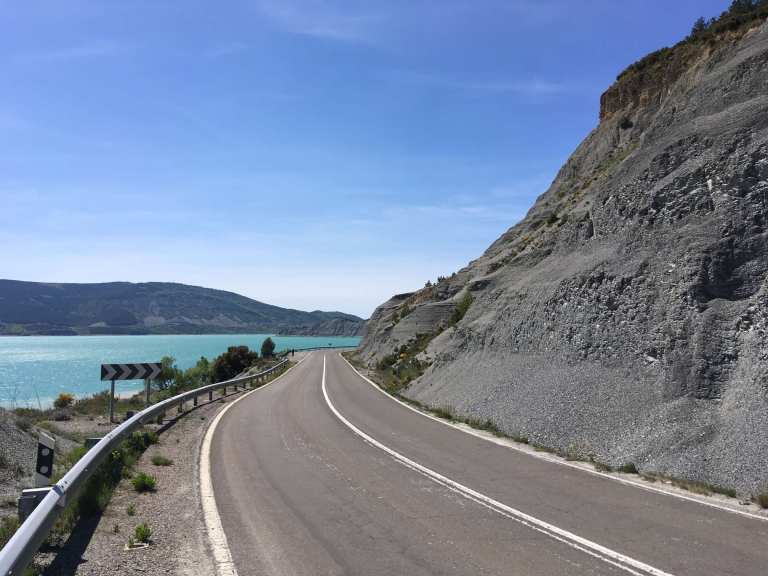 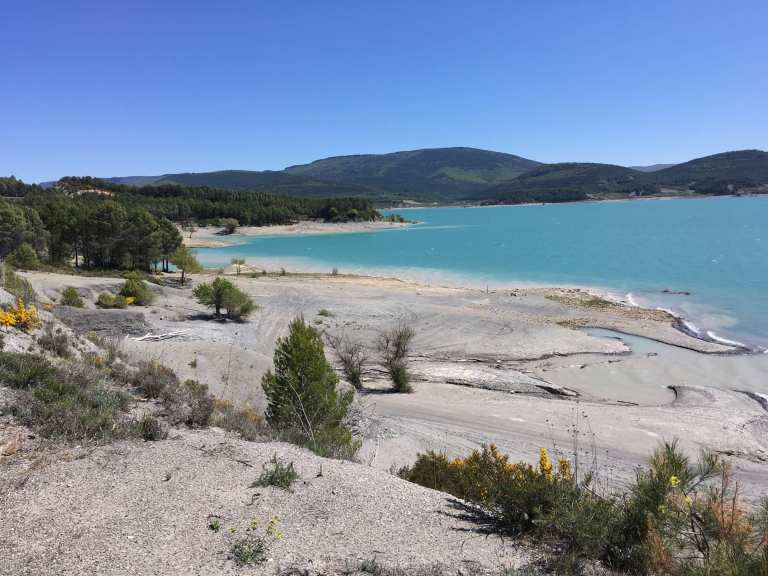 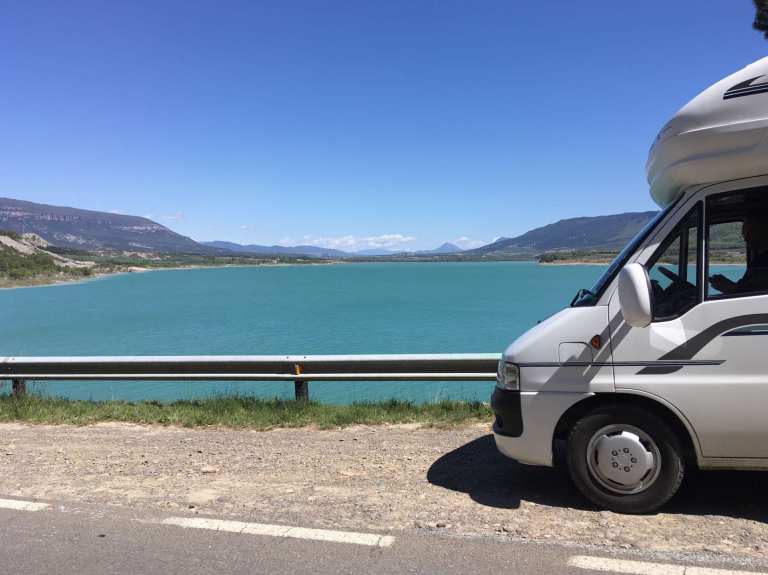 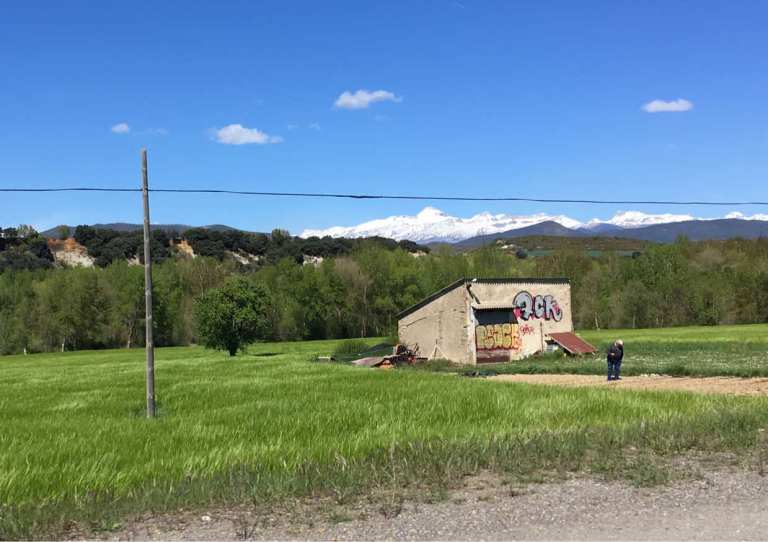 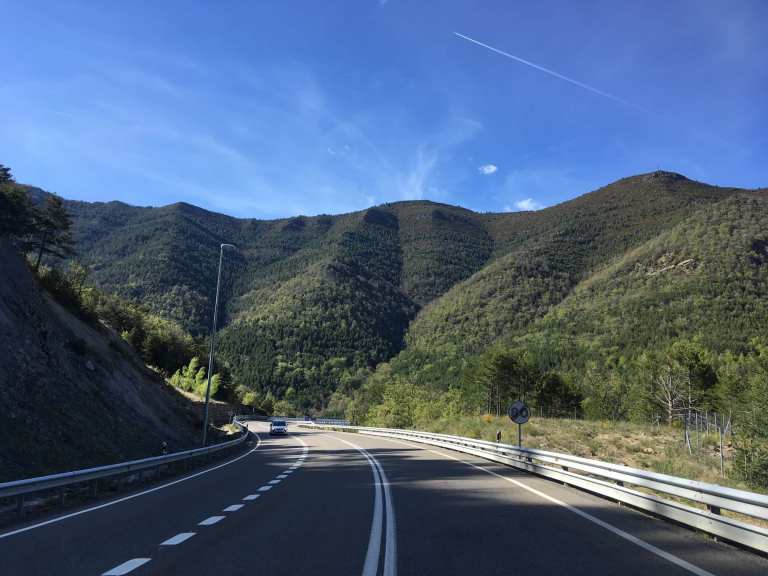 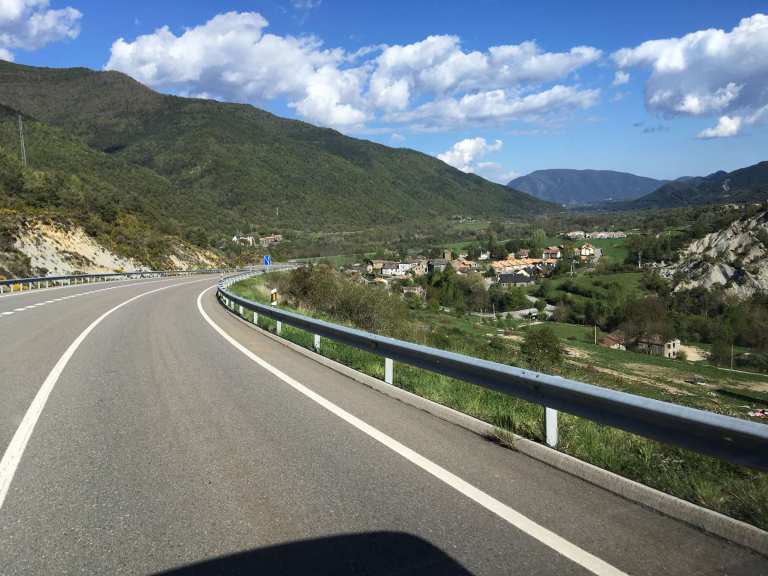 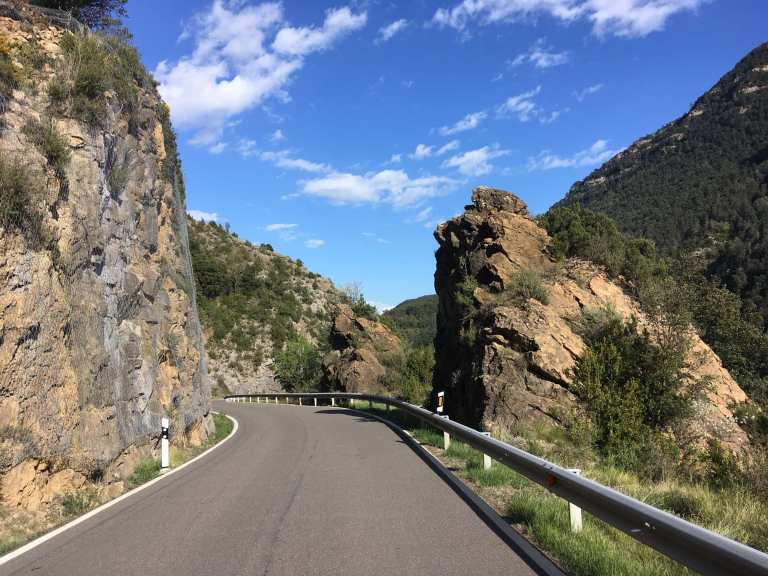 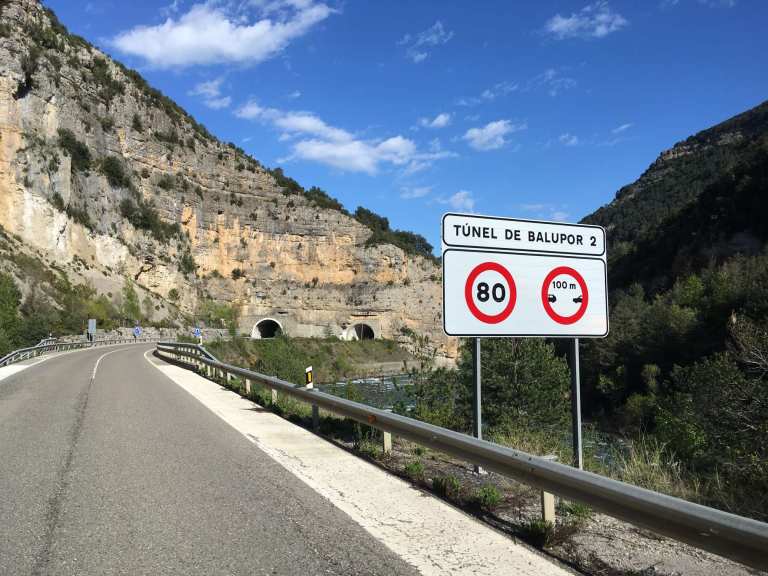 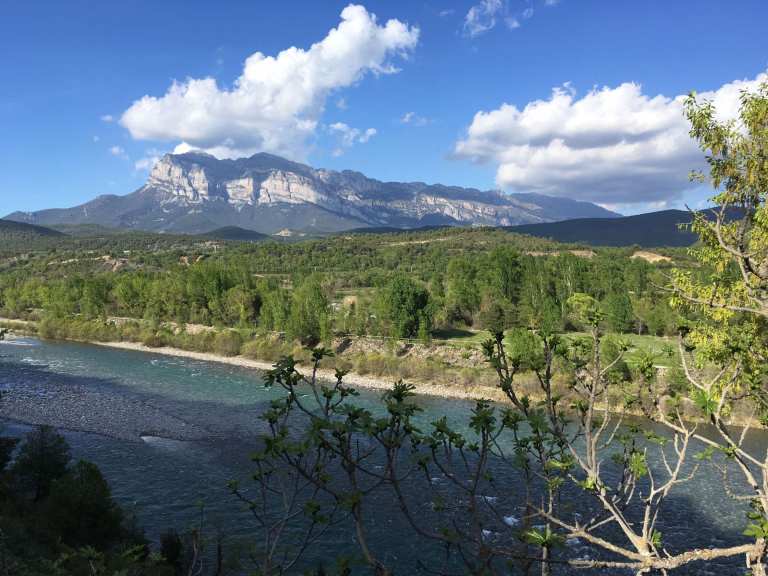 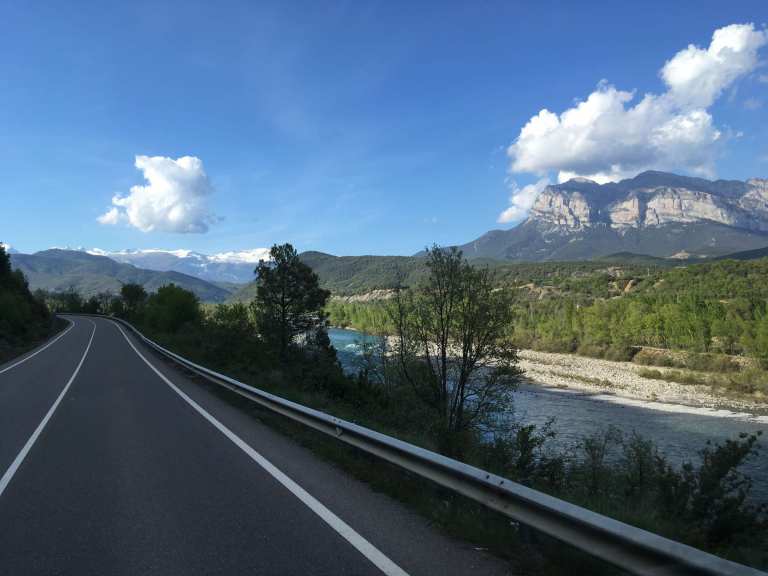 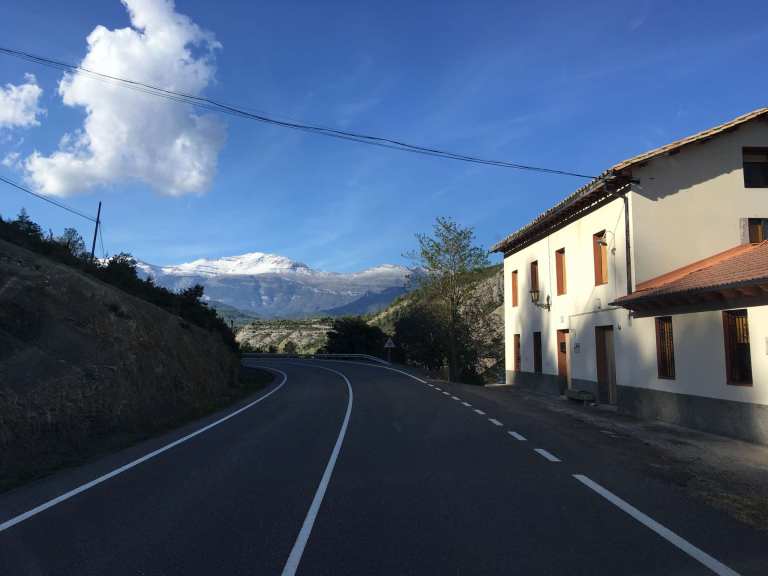 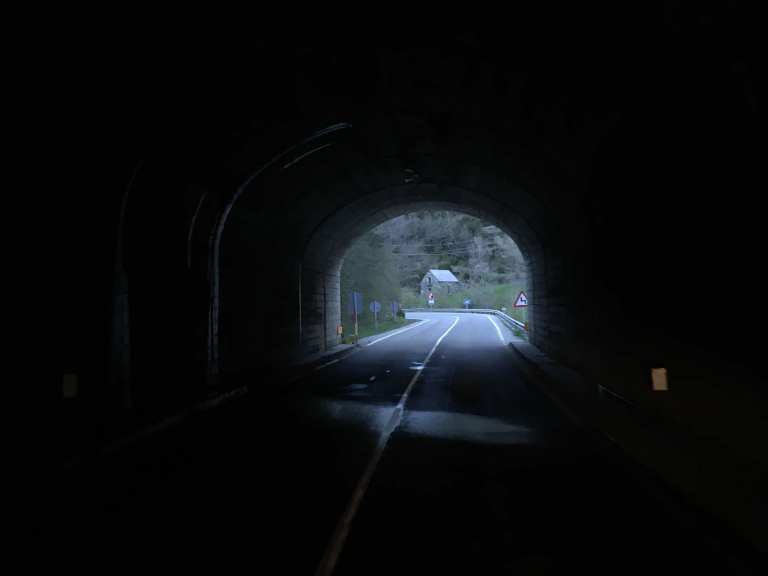 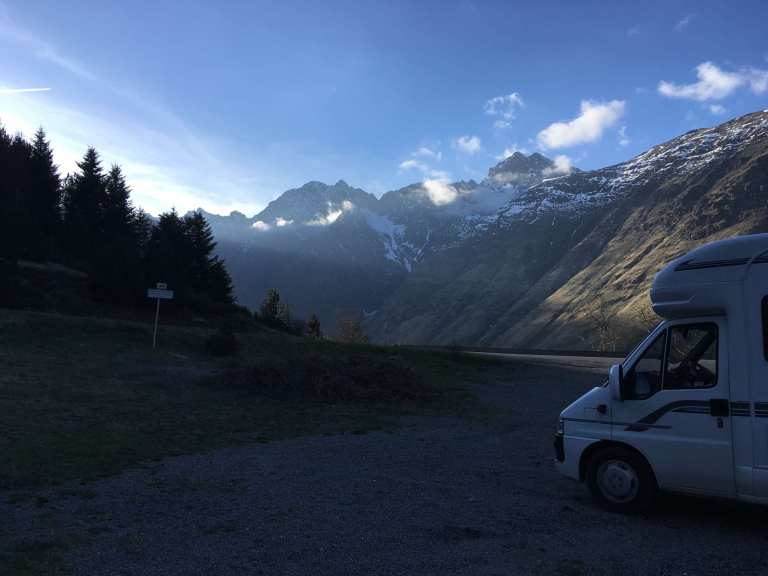 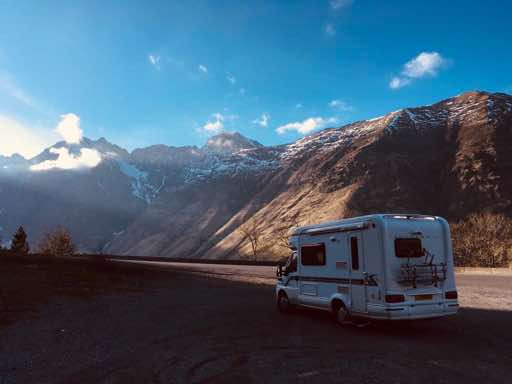